Two paths for the Church in Australia

There are two ways to save the ailing Catholic Church in Australia. The first way is to accept reality: 600,000 practising Catholics in total, and half our dioceses with less than 10 per cent Mass attendance.

We have one priest for every 180 or so practising Catholics. But we’re running out of laity (just 250,000 practising Catholics by 2050). We could reorganise diocesan and parish boundaries for a proper distribution of priests. This would mean a bit more driving for some of us (especially the priests).

This protects our core business, which is to keep providing the Sacraments to people who actually want them. Then we can re-catechise our flock and equip them for effective evangelisation.

A path to irrelevance … and obscurity

The second way is to ignore all this and try to remodel the local Catholic Church into a middle-class job creation scheme. This involves abandoning the Catholic deposit of faith for spirit-worship and environmentalism, replacing the sacraments with lay-led prayer services, and putting the remaining Catholics on the payroll at public service-equivalent salaries.

The Plenary Council discernment documents appear to take the second way, which their authors have apparently decided is a winner. They seem more like an obvious blueprint for a completely different Catholic Church in Australia – one that bears almost no resemblance to the actual Catholic Church.

Lots of jargon – but for what?

I’ve read all six documents, and they’re overwritten – long and jargon-y. This makes me read them very carefully. I’ve written for governments and large organisations: it’s easy to talk about transparency and accountability in documents which seem to end up making organisations less accountable and less transparent.

In certain key areas the documents come across as basically out of touch with the Catholic Church on the ground in Australia – the people who accept and believe Catholic teaching. Two documents want the Third Rite of Reconciliation restored – the rite whose chronic abuse led to its suppression in Australia in the late 1990s. (A courageous Catholic layman, Paul Brazier, exposed these abuses and was then treated disgracefully, sometimes by Australian Church authorities, for it).

All six are crammed with currently fashionable minority issues, but short on hard facts and data. All describe how splendid our Catholic schools are, which makes me wonder. So many observations could be made and I’ve written on this before. All six also push the idea of women-led liturgies and female ordination.

Some good points, here and there

Missionary and Evangelising (Paper 1) isn’t bad, although I think it’s spackling over some of the less flattering realities. At least it touches on the fact that most Australian Catholics are poorly catechised and aren’t in a position to evangelise yet.

Inclusive, Participatory and Synodal (Paper 2) is interesting, but I’m not sure what Church its authors belong to. The various parish churches I go to have lots of migrants, women, people with mental illness, and sexually struggling people in their pews. They all appear to be accepted and actively participating in the liturgy and life of the Church, especially at Adoration and morning tea.

Prayerful and Eucharistic (Paper 3) manages to write almost 7,000 words without once mentioning the Real Presence or transubstantiation. There’s a lot about meals, but no mention of Who we’re eating. Adoration is mentioned once in passing, and the word ‘Mass’ is relegated to a reference. I’ll leave you to think about that.

Prayerful and Eucharistic (Paper 3) manages to write almost 7,000 words without once mentioning the Real Presence or transubstantiation. There’s a lot about meals, but no mention of Who we’re eating. Adoration is mentioned once in passing, and the word ‘Mass’ is relegated to a reference. I’ll leave you to think about that.

Humble, Healing and Merciful (Paper 4) prioritises the spiritual care of abuse victims and restoring their relationship with the Church. I agree. Unfortunately, it then calls for a national research centre which presumably can absorb lots of funding and deliver little actual care to people who need it urgently. There is more than enough international research on trauma and abuse healing available; we don’t need to reinvent the wheel.

A Joyful, Hopefilled and Servant Community (Paper 5) is all about the new lay-led Church, preferably with no foreign clergy. I agree that we should stop stealing priests from developing countries, but we don’t need to replace them with salaried white Boomer ladies. Our local clergy need to get set free from endless meetings and admin work, and back into priesting.

Open to Conversion, Renewal and Reform (Paper 6) at least acknowledges the need to restructure. They also call for a poorer Church, and we will certainly be poorer if we follow the Plenary Council’s chosen path and put all these people on diocesan payrolls.

I understand the Boomer desperation in this process. They believe this is their last chance to usher in a socially acceptable Catholic Church in Australia. This is a Church they’d feel comfortable belonging to – and even better, other people will praise them because it’s such a progressive institution.

Going down this path would mean the Plenary Council risking creating an additional enormous layer of Church bureaucracy. These exist in almost every major diocese or archdiocese in the affluent Western world – or at least the ones that haven’t declared bankruptcy yet.

The Catholic Church in Australia employs almost 200,000 people. If we take out the 83,000 health staff and 100,000 education staff, we’re left with what must be mostly diocesan staff nationwide – perhaps around 17,000 people across 28 dioceses. That’s just over 600 people for each diocese.

These lay people work for Catholic dioceses in a range of white-collar occupations. But given that people outside the Church exposed the clergy abuse crisis – taking decades because they were obstructed by clergy and laity all the way – I’d suggest that we are not getting value for money.

Having more lay people in positions of authority (for over forty years now) has not given us more accountability or transparency. Lay people are just as prone to ‘groupthink’ – when no one in the room dares speak their mind, even in the face of real abuses, because their mortgage is on the line.

Perhaps we need the right lay people in the right positions. But all I can see is more highly-paid jobs for reliable professional Catholics who will avoid rocking the organisational boat, and who will enjoy travelling Australia business class and staying in hotels with high thread count sheets.

This feels like rearranging the first-class deckchairs on the Titanic – and, if so, a real opportunity missed. 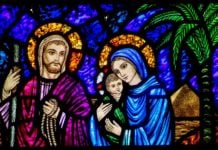