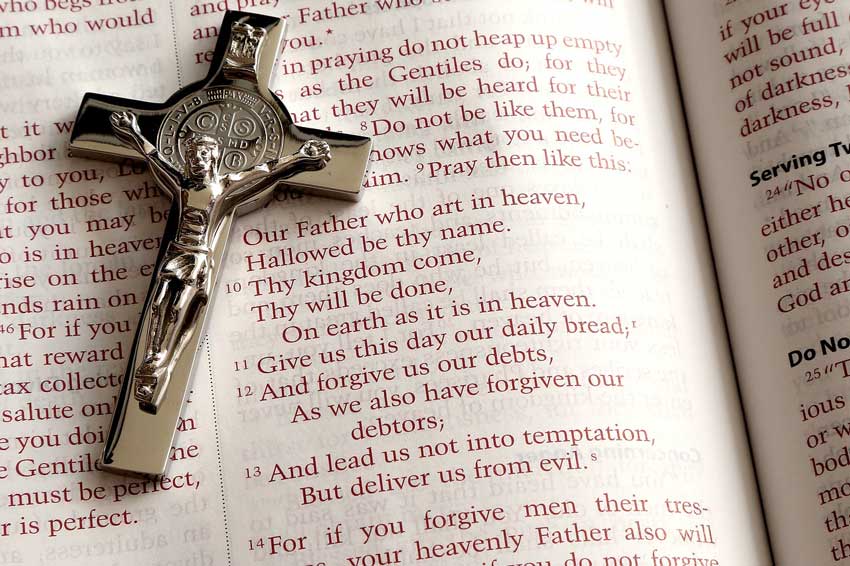 Names are a big deal in Scripture. Hebrew culture and tradition saw names as more than mere labels to slap on people and things so that we wouldn’t just call them thingamajigs or “Hey You!”

When Adam is called to name the animals, he is being given the dignity of assisting God in the work of creation.  Adam’s own name reveals who he is: the man made from the earth.  Eve’s name likewise reveals her dignity as the mother of the living.  Abram’s name (“The Father is Exalted”) is changed to Abraham—“Father of Many Nations”—reflecting the way in which his exaltation of God issues in exaltation by God and the reward he receives of children outnumbering the sand of the seashore.

In short, names name in Scripture.  They reveal who somebody is.  Jacob’s name means “deceiver” and it reveals something essential to his character and career.  He gets ahead by cunning and theft of his brother’s birthright.  But that is not all there is to Jacob.  He also feels the pull of God on his life and finds himself willy nilly coming to obey him against his own sinful inclinations.  After a mystical encounter in which he wrestles with an angel, he incurs a wound and is (with profound significance) renamed Israel–“He Who Struggles with God”—by God himself.  This name too reveals the truth about who Jacob is.  For what God sees and names is what that thing or person is.

In Exodus, it is therefore a huge moment when Moses asks for and God reveals his Name to Moses.  It is a moment of shocking intimacy.  God has hitherto been referred to by various titles such as El-Shaddai.  But in revealing the Divine Name he is, so to speak, inviting Israel to refer to him on a first name basis.  If you want a faint hint of the qualitative change in relationship, think of that weird moment when the math teacher you knew only as “Mr. Smith” in high school bumps into you in the store years later and says, “Please, call me John.”

Names are used in Scripture not only to reveal, but to conceal.  The Hebrew title of Exodus is “These are the Names”, the first words of the book.  In that book, in addition to learning the Name of God and being commanded, “You shall not take the Name of the Lord your God in vain”, we also learn the name of Moses, which is again revelatory.  It means “To Draw Out” and is a kind of pun not only on his origin story (he is drawn out of the Nile as an infant) but also the description of his life’s work (he draws Israel out of Egypt).

But there is one figure who is never named: Pharaoh.  We know him only by his title.  It is the inspired author’s way of blotting out the memory of this archetypal enemy of Israel.

This pattern of names conveying the essence of a person carries through to the New Testament, most notably with the Name of Jesus himself.  When God writes himself into the story of the human race, the name he takes is not left to chance.  Both Matthew and Luke record that his parents were instructed by an angel to name him Jesus—a name which means “The Lord is Salvation” in the Hebrew tongue.  It both reveals and conceals who Jesus is. It is revealing, in the sense that it perfectly describes his mission.  Yet it conceals in that it was an average and common name, helping Jesus blend in with a thousand other peasants living in the Holy Land at that time.

Jesus himself will likewise play with names, famously nicknaming his disciples James and John “Boanerges” or the “Sons of Thunder” to describe their fiery personalities.  They not only had the chutzpah to go to Jesus demanding a seat at his right and left hands in the coming kingdom, but John tried to guard the apostolic turf by chasing off an admirer of Jesus for performing exorcisms in his Name (which earned John a rebuke from Jesus).  More than this, John demanded Jesus call down fire from heaven on some Samaritans who rejected him, earning an even bigger rebuke.

But of course, the most significant name change in the New Testament is Jesus renaming Simon as Peter the Rock upon which the Church would be built. Simon could have searched himself his entire life and never found Peter.  But Jesus saw Peter there and created him by the power of his word.  He can do the same with you and me.

Mark Shea: Models of the Church: Paul and the Church of Mission

Mark Shea: So what’s the point of fasting?

Mark Shea: Why are you giving alms in Lent?