Due to the hard work and campaigning of the St Vincent de Paul Society, a proposal to address the affordable housing crisis in NSW will be discussed in the State Parliament this week. 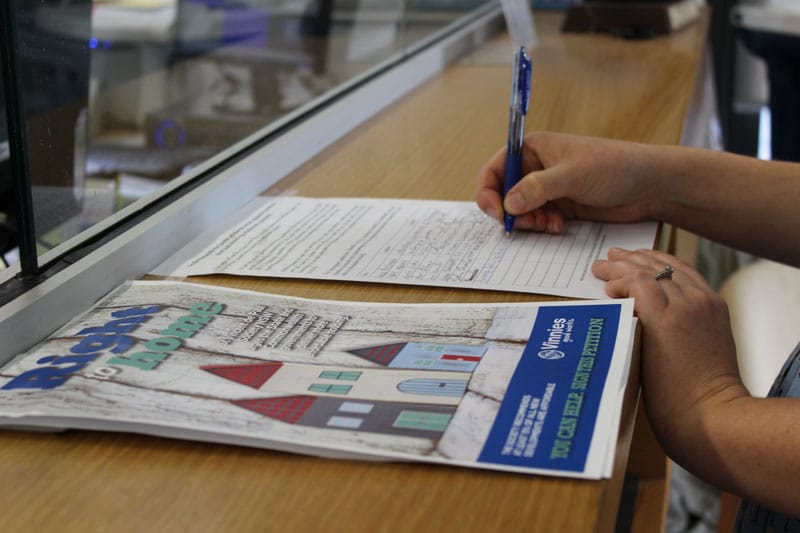 One of the major challenges for those wanting to live in and around Sydney is the cost of housing, with many forced to live significant distances from their places of employment, due to the cost of renting or buying a home. Many young people are despairing of ever being able to afford to buy a house.

“We all have a right to a home,” Mr de Groot said. “Every single community member should have a home where they can thrive, close to transport, work, family and their community networks.”

The St Vincent de Paul Society NSW launched a petition last year calling on the NSW Government to require by law that 15 percent of new residential developments are set aside as affordable housing. That would be one in six homes.

In order for the petition to be discussed in the NSW Parliament, they needed at least 10,000 signatures. They achieved 16,300 signatures.

“The response was outstanding,” Mr de Groot said. “Our members, volunteers and employees worked tirelessly across the length and breadth of the state.”

Due to this overwhelming support from across NSW, the mandatory affordable housing target of 15 per cent is scheduled to be discussed in the State Parliament on Thursday 3 August.

“The Society has received endorsement from independents and minor parties … So we anticipate a productive multi-partisan approach to developing an affordable housing solution on the day,” Mr de Groot said.

The NSW Greens Party also have a long-held inclusionary zoning policy for housing.

Amy Brown from Infrastructure & Urban Renewal at PwC, supports the call for inclusionary zoning, saying that the NSW rental system is one of the most unstable and unaffordable in the world.

“Providing more housing at affordable rental rates, closer to the jobs of key workers will also have significant benefit to our economy. With every 30 minutes that key workers commute in traffic amounts to $815,000 in lost economic benefit,” she says.

“There are currently few policies to incentivise the supply of affordable rental housing To meet the vast need a number of levers must be pulled, including the opportunity for the government to set inclusionary zoning.”

According to the St Vincent de Paul Society, the Visitors’ Gallery in Parliament will be filled with their supporters and housing sector leaders hoping to see their local MPs voicing their endorsement for a change to the legislation.

The petition is part of the Society’s Right to Home campaign urging the NSW, Commonwealth and local governments to deliver more housing that is affordable and sustainable.