On Friday 18 August, more than 30 years since its last major staging in Sydney, one of the world’s most loved (but only rarely performed) musicals Lerner and Loewe’s Camelot will reopen in Sydney in a brand new production being staged by Artes Christi. 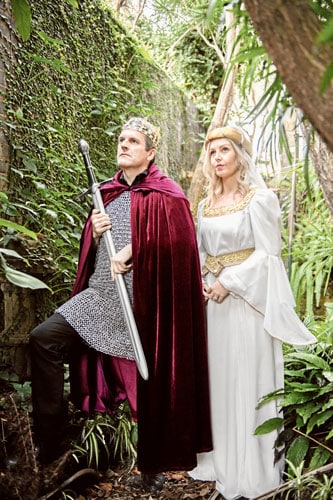 With a cast & live orchestra of 75 including a special guest appearance from acclaimed film, television & stage actor Donald Macdonald as Merlyn, Camelot portrays the legends of King Arthur, Guenevere and the Knights of the Round Table with the production being staged in support of the Ephpheta Centre (Catholic Centre for deaf and hard of hearing people).

Formally established in 2005, Artes Christi has staged over 15 theatrical productions including Hamlet, Fiddler on the Roof and MacKillop and the Artes Christi Choir and Orchestra also recently released its first CD Recording of Handel’s Messiah.

“In Camelot Lerner and Loewe have put together a stunningly beautiful creation of music, lyrics, and legend” says Camelot director Jeremy Ambrose. “And Camelot is also a sort of modern morality play, cleverly juxtaposing virtue and vice, sin and its consequences alongside grace, forgiveness and holiness.”

In 1967 an Academy Award winning film version of Camelot was released starring Richard Harris as Arthur with Harris then starring in a 1981 stage revival which toured to Australia in 1984.  This 1984 production was the last major staging of Camelot in Sydney.

“In Camelot we are invited to enter a Medieval world, where the beginnings of Christian civilisation wrestle with lingering aspects of a culture of barbarism,” explains Jeremy Ambrose.

“Camelot is humorous, romantic, uplifting and ultimately deeply moving as the consequences of virtue and vice play out in the human heart and across the Kingdom of Camelot. We hope you are able to join us for the journey.”

For the Sat 1pm performance, the roles of Guevenere and Lancelot will be played by NZ soprano Maria English and QLD trained tenor James Doig with a full list of alternate cast members to be announced on August 1 at
www.camelot2017.com