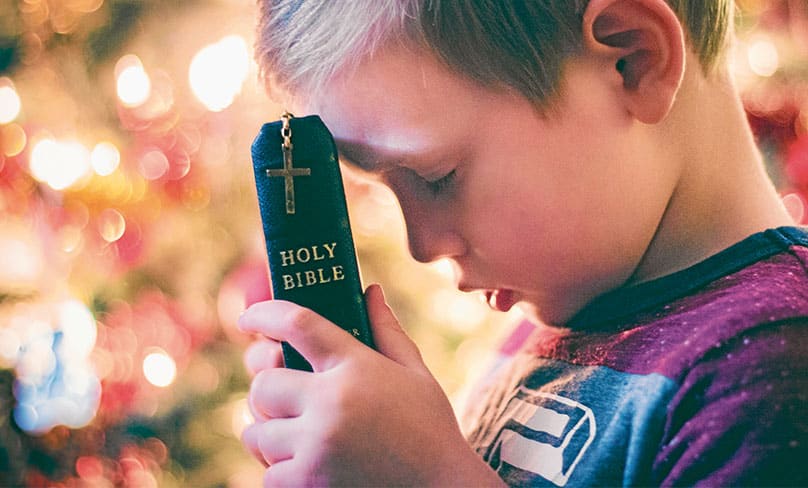 A recently released report has broken new ground in finding that Special Religious Education in our schools provides a host of additional benefits, including improvements in mental health and establishment of values that hadn’t previously been considered.

It also indicates that SRE can strengthen multiculturalism and reduce extremism in our wider communities. At the same time, SRE remains a safe place for students to share their feelings and ideas and a valued refuge when tragic incidents occur of the kind that regularly dominate our media.

This independent report into special religious education in NSW schools has found that SRE brings important psychological benefits to students’ mental health and wellbeing and can reduce the risks of mental illness.

This has led to an unprecedented move by Australia’s multi-faith and Christian leaders to unite like never before to promote SRE to all people and declare 2019 as the “Year of Values. Because we know it is good for the future well-being of a country which embraces cultural diversity.”

The report, authored by two world-renowned academics, Professor Zehavit Gross, (the UNESCO/ Burg Chair in Education for Human Values, Tolerance and Peace at Bar-Ilan University, Israel) and Professor Emerita Suzanne Rutland (of the University of Sydney) has received support from both the NSW Government and Opposition and was presented at a celebration of SRE at Parliament House in November 2018.

Some key findings in the report include:

• Faith and belief continue to be an integral part of contemporary Australian society and therefore need to be supported in the public arena.

• SRE continues to create safe places for students to explore deeper questions of faith and belief.

• It strengthens the multicultural fabric of Australian schools, building an environment of trust and respect.

The authors pointed out that religious education is consistent with the Australian Government’s own National Framework for Values Education, which ensures schooling educates the whole child and must necessarily engage a student’s heart, mind and actions.

For our next generation of young Australians to grow up to be balanced, mature, well rounded and responsible citizens and contribute to the world they live in, the development of strong positive values during the formative stages of their lives is crucial.

Interestingly the National Framework for Values Education introduced by the Commonwealth Government in 2004 included: care and compassion, doing your best, a fair go, freedom, honesty and trustworthiness, integrity, respect, responsibility, and understanding, tolerance and inclusion.

In 2008 The Ministerial Council on Education, Employment, Training and Youth Affairs issued the Melbourne Declaration as an overarching vision for Australian education. The two main goals articulated in the document were the promotion of equity and excellence in Australian schools and for all young Australians to become successful learners, confident and creative individuals and active and informed citizens.

Don Carter, a professor at the University of Technology Sydney, explained in an article last November: “As a nation, we face a range of national and international challenges such as mobile populations, so called “fake news”, youth radicalisation, religious fundamentalism and a decline in public confidence in political and social institutions. A rigorous and quality education will provide students with the skills and knowledge to make sense of these and other challenges.”

McCrindle, one of Australia’s most respected independent research companies, released a report earlier in 2019 that found almost 80 per cent of Australians believe that “schools should be a safe place for students to explore deeper questions of faith and belief”.
While these findings are not surprising they indicate that parents want to retain the choice they have to allow their children to explore values that are important to them and their culture in a safe school environment.

As CEO of Christian SRE in New South Wales, I explain it in this way: SRE is about the intersection between faith, life and values. Values should be at the core of every student’s education.

The McCrindle research also found that close to 93 per cent of those surveyed agree that schools should place a greater emphasis on mental health and wellbeing and Australians expect this from our schools. It also drew a direct link between SRE and the positive benefits of multiculturalism in resolving cross-cultural conflict.

She said children are taught to respect each other regardless of any differences. “The foundation for erasing racial tension and conflict must start in our homes but also in the school playground.”

These findings have compelled Australia’s multi-faith and Christian leaders to unite like never before to promote values and harmony. As Hilit Man explains: “We have joined as one to promote SRE to all people because we know it is good for the future well-being of this country which embraces cultural diversity.”

It is our responsibility to share the Christian faith with the next generation. I believe it is vitally important that SRE stays in our schools. Please pray for the children of our nation, that they will continue to have the opportunity to come to faith in Christ and for the SRE catechists and teachers who are working so diligently in our schools.