It was the experience of losing someone he knew to assisted-suicide that propelled Professor Peter Kurti into advocating against legalised euthanasia and physician-assisted suicide.

“I felt quite angry actually. I felt indignant,” Prof Kurti told The Catholic Weekly. “His family had been devastated and I found myself thinking, how can you possibly think that this is dying with dignity?”

It was eminent Melbourne historian, John Hirst, who had taken his life, with the help of Exit International—the “right to die” advocacy group began by Dr Philip Nitschke, a long-time proponent of assisted-suicide.

Prof Kurti says Hirst was a member of Exit and had openly discussed how he planned to end his own life with their assistance.

“He feared that his mental powers were not as sharp as they had been.”

“This was a man in his early 70’s, in good mental health, a very bright man, so I didn’t expect it to happen quickly… I remember saying to him, John, whatever you do, just make sure you tell us [when] you’re going to do this, so it’s not a real shock. And that was the last time I saw him. When I learnt he’d died I knew instantly what he’d done.”

“I didn’t know him well, but I knew him well enough to be affronted by this manner of death… it had a tremendous impact on immediate friends and colleagues and on the family.”

“I thought, if people who are opposed to this don’t say something, this is just going to become an acceptable practice in our society.” 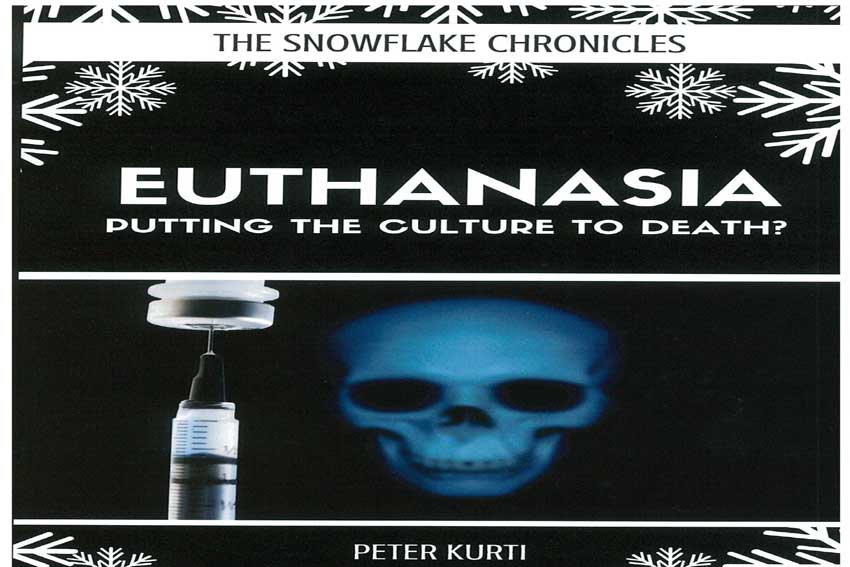 “Physician-assisted suicide will become a treatment option. It will mean the medical response to suffering will be to eliminate the sufferer.”

The Senior Research Fellow at the Centre for Independent Studies, and Adjunct Associate Professor in the School of Law at Sydney’s Notre Dame University, has recently had his latest book published—Euthanasia: Putting the Culture to Death.

His book—part of Connor Court Publishing’s The Snowflake Chronicles series dedicated to flouting political correctness—is timely, as the latest push for legalised euthanasia and assisted-suicide in Australia is well and truly underway.

The state of Victoria legalised euthanasia late last year. Western Australia has declared its intention to follow suit and Queensland has just announced it will conduct an inquiry into whether it should legalise assisted-suicide. NSW Senator, David Leyonhjelm, is calling for a restoration of voluntary euthanasia in the ACT and NT, and euthanasia legislation was narrowly defeated in the NSW Parliament by just one vote earlier this year.

While Victoria’s legislation restricts access to terminally ill Victorian adults with less than six months to live, Prof Kurti says ultimately it won’t matter, because the slippery-slope effect is very real. Once you legalise killing human beings, any restrictions will inevitably be eroded over time.

“There is a slippery-slope as the categories expand,” he said. “If euthanasia becomes available for one section of the population, it will be very difficult to justify not extending it to others. If one group says I’m suffering in a particular way—from a physical terminal illness—how do we then say to people who are suffering from non-terminal illness that their suffering doesn’t count?”

A case in point is that of David Goodall, the 104 year-old Perth man who travelled to Switzerland earlier this year and ended his own life. In Switzerland, assisted-suicide is legally available to anyone who testifies in writing that they are seeking to die of their own free will.

“He was elderly and frail with diminishing capacities but he wasn’t terminally ill. He was just tired of life.”

“Nitschke said that David was the first person he knew of who fitted the requirement of old age, it’s a unique situation… where a person is simply trying to exercise what they see as an absolute right to put an end to their life.”

Dr Kurti said both euthanasia and assisted-suicide overturn an important taboo in human societies—“Euthanasia” being the killing of someone by medical staff, while the term “assisted-suicide” refers to supplying someone with the advice and resources to take their own life.

“If we loosen that taboo around the taking of human life, if we see the treatment of human frailty as being the killing of a human being, we are doing irreparable harm to our culture.”

“Once the answer to suffering has become the medical elimination of the sufferer, it’s hard to see how any limits can be placed around the human experience of suffering. Doctors are to heal and not to harm. The motive of compassion is not enough to justify extending the role of doctors to include the act of killing.”

“When society permits some of its citizens to be killed, it tears the fabric of community and threatens to put the culture itself to death.”

Euthanasia: Putting the Culture to Death can be purchased for $19.95 from www.connorcourtpublishing.com.au