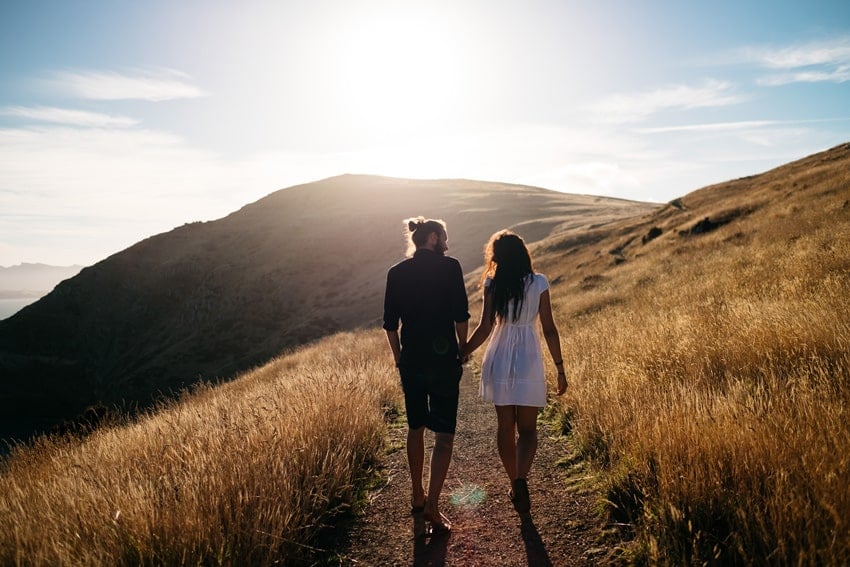 Someone buy Anna Hitchings a drink. She showed no small degree of courage penning last week’s reflection (Catholic Weekly, 5 May, pages 14-15) on a significant problem faced by Catholic women who have discerned that their vocation is marriage. The problem is practical and simple to define – yet few in the Church are talking about it, much less doing anything about it.

The problem? The absence of men who would make good potential husbands and fathers, which means an obstacle to the foundation and establishment of Catholic marriages and families. There can be little doubt Ms Hitchings has correctly identified a real issue in the life of the Church.

By chance, a separate interview with Melbourne-based author and priest Fr Paul Chandler appeared in the same edition which centred on precisely the same problem: the absence of men in today’s Catholic Church. Fr Chandler’s perspective is, obviously, from a different standpoint – that of a priest concerned at the diminishing numbers and presence of men in the Church. The issue is so important he has written a book on the subject (Esto Vir – Latin for ‘Be a Man’) urging men to take up the roles they are naturally and best equipped to fill: as husbands, fathers and brothers in the lives of Catholic families and of the Church. These require holiness, manly virtue and courage.

Independently, figures from the National Church Life Survey in recent decades have vindicated both Ms Hitchings and Fr Chandler. In October 2017 NCLS data (as reported in The Catholic Weekly) revealed that women outnumber men in the typical Catholic pews of Sydney by nearly two to one. The typical Sydney parishioner is female (63 per cent), in her 50s (aged 56) and likely to be better educated than the rest of her parish-attending peers.

Among the interesting issues raised obliquely by Ms Hitchings’ reflections and Fr Chandler’s arguments is how many in the Church realise there is a problem and, if so, what might be done to address it? The signs are not auspicious. The 2016 closure of the John Paul II Institute for Marriage and Family Studies when Australia is in the midst of its greatest ever historical crisis of marriage, family and sexuality indicated, as Bishop Peter Elliott, the Institute’s last Director recently observed, that spending money on underpinning and promoting marriage did not appear to be a serious priority for the Church in Australia.

Will the absence of men feature as a discussion at Plenary 2020? There has been much talk about women and the Church but to this point it does not appear to have surfaced as an issue at all. Meanwhile, to merely assign it a workshop as an afterthought response would not even begin to constitute a serious effort at addressing it.

Yes, we have a real problem on our hands. The role of husband and father is vital to the Church. This is not popular to say in a culture obsessed with naming men as the number one public enemy of everyone and everything and, simultaneously, urging boys and men to be utterly irresponsible with women, intimate relationships, marriages and children. But where the father actively sets the example in his family of true Christian witness (commitment to prayer, participation in the Mass, generosity to the poor and needy, commitment to Confession etc) this is of powerful influence in the lives of children and affirms their mothers. But before we can have Christian fathers, we need Christian husbands.

There needs to be some serious thinking that goes into how we might best address this particular problem. There are, of course, other problems – such as helping women see, resist and counter the trash messages our media, our culture and our pseudo-intellectual elites relentlessly throw at them under the guise of ‘autonomy’ and ‘fulfillment.’ All rest upon urging them to deny the very essence of who they are as mothers – spiritual or physical.

Fortunately, the answers are not that difficult and we will enjoy exploring the many ideas and contributions our readers will undoubtedly wish to contribute in the coming weeks. Probably, a two-pronged approach needs to be taken: one being to actively bring men together for Christian formation in their identity as Christian men. We also need to begin organising events of the kind that the Catholic Church once had no problem organising at all: social events where those who have discerned their vocation is to family life and all the vast enterprise of domestic engineering that goes with it can meet and form new friendships.

As Archbishop Chaput of Philadelphia recently observed, times are difficult for the Church and for Christians – but we have been made for the times – not the times for us. This is the age of the laity. Let’s get to work.