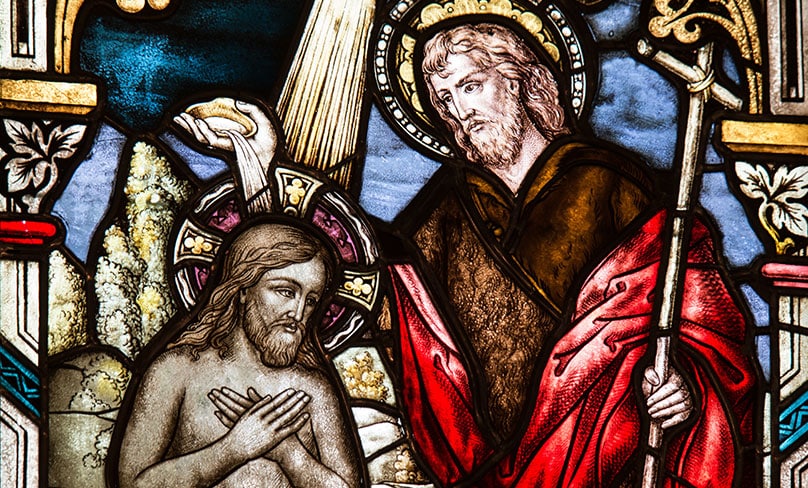 “Dear Father, my son-in-law was recently baptised and the priest explained that the ceremonies of Baptism are very ancient. Is this true and, if so, can you please elaborate on it?”

The ceremonies are indeed ancient, going back to the first centuries. Fortunately, we have numerous documents that describe how Baptism was performed in the early Church.

A helpful resource is Mario Righetti’s four-volume history of the liturgy Storia Liturgica (1959).

In this column I will describe some of the ceremonies and in the next I will continue the study.

We can begin with Scripture itself, where we know that Our Lord sent the apostles out to all nations to baptise in the name of the Father and of the Son and of the Holy Spirit (cf. Mt 28:19).

This trinitarian formula has always been used as what is called the “form” of Baptism.

Related article: Q&A with Fr John Flader: Where did our traditions around Holy Water come from?

On the day of Pentecost, after St Peter had addressed the multitude gathered in Jerusalem, many were converted and St Luke tells us that “those who received his word were baptised, and there were added that day about three thousand souls” (Acts 2:41).

We see here how entry into the Church was brought about through Baptism.

Another account of an early Baptism comes when the deacon Philip explained the faith to the Ethiopian eunuch on the way to Gaza:

“And as they went along the road they came to some water, and the eunuch said, ‘See, here is water! What is to prevent my being baptised?’ And he commanded the chariot to stop, and they both went down into the water, Philip and the eunuch, and he baptised him” (Acts 8:36-38). Here we see the common practice in the early Church of the person to be baptised going down into the water along with the baptiser.

As regards the symbolism of Baptism we have the words of St Paul: “Do you not know that all of us who have been baptised into Christ Jesus were baptised into his death? We were buried therefore with him by baptism into death so that as Christ was raised from the dead by the glory of the Father, we too might walk in newness of life” (Rom 6:3-4).

Just as immersion in water symbolises death to sin and entry into the tomb with Christ, so coming up from the water represents resurrection to the new life of grace brought about by the sacrament.

Apart from the Scriptures, one of the earliest Christian documents that speaks of Baptism is the Didache, which dates to the end of the first century. 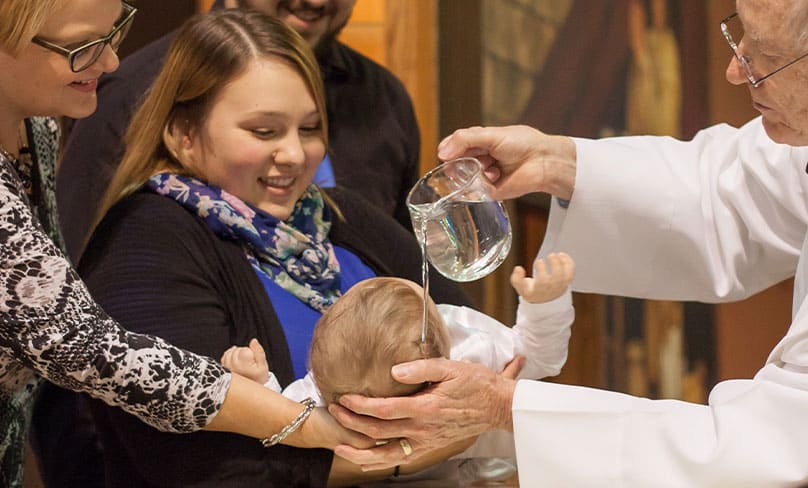 It says: “And concerning baptism, baptise this way: having first said all these things, baptise into the name of the Father, and of the Son, and of the Holy Spirit, in living water. But if you have not living water, baptise into other water; and if you cannot in cold, in warm. But if you have not either, pour out water thrice upon the head into the name of Father and Son and Holy Spirit. But before the baptism let the baptiser fast, and the baptised, and whatever others can; but you shall order the baptised to fast one or two days before”.

By living water is meant flowing water, as in a stream. We see here how baptism could be done either by immersion or by pouring water three times on the head, and how its importance was such that fasting was to precede it.

Before the actual baptism, the water was blessed. In the early Church this blessing had a twofold meaning.

It was both an exorcism, ordering the devil to leave in keeping with the widespread belief that wells or fountains were the habitat of evil spirits, and also an epiclesis, a calling down of the Holy Spirit upon the water.

The latter rite is preserved in the blessing today when the priest touches the water with his right hand, calling the Holy Spirit down upon it.

Another ancient ceremony in Baptism was the Ephphetha, in which the minister touched the ears and nostrils of the person, saying “Be opened”, as Our Lord did to cure the man who was deaf and dumb (cf. Mk 7:32-35).

In the early centuries the minister used his saliva in touching the senses, as Jesus did, and he pronounced words of exorcism, ordering the devil to flee.

As to why he touched the nostrils and not the mouth, as Jesus did, St Ambrose explained that it was not fitting for the minister to touch the mouth of a woman.

Today the Ephphetha comes after the actual baptism and the minister touches the ears and the mouth.