We are living in a unique time in history. Never has politics been so polarised, never has mainstream society come so near to amorality (although Nero’s Rome came close), and never has it been so difficult for a woman to find a good man.

The latter is, I’ll admit, a bold claim but allow me to elaborate.

We constantly bemoan the state of society, the youth, universities, the media, et al, which seem to be collectively falling into ever deeper rabbit holes of noxious regressive ideas, behaviours and policies.

Religious affiliation and church attendance, especially among youth and men in particular, has never been lower. Pornography addiction is a scourge of epidemic proportions among men and even boys as young as 11. Put simply, the world is in a mess.

Related article: Simcha Fisher: Your boyfriend is not your husband

You’ve heard it all before.

Yet one important side-effect of all this that gets little attention is how tough this new environment has become for women, especially Christian women, to find good husbands. The situation is so dire there is now an emerging trend of women abandoning their faith and religious beliefs for the sake of romantic relationships.

Perhaps this is not considered a particularly serious issue when compared with Brexit, abortion on demand or the erosion of free speech, but I would contend it is every bit as important, if not more so. The future of our society depends on good, solid marriages, families and citizens. We need families to produce educated and informed young men and women who will continue fighting the good fight on all the issues confronting our society.

Yet for someone like me – a 32-year-old single Catholic – the situation looks bleak indeed.

I can talk to any young woman in my social circle and they will, one and all, say the same thing: there just aren’t any men. What we mean by this is there is a frightening scarcity of men aged 25-35 who are church-going, single and worldly-wise.

Most men I meet have two out of three of these qualities, with the latter often lacking. If they’re single church-goers, they’re usually awkward and in want of basic social awareness (a big turn-off for most women). If they’re more worldly, they’re generally not single or not religious. Even if they’re not religious, most young Australian men hold views and values that are left of centre and utterly opposed to our own.

This makes venturing outside church circles an often hopeless endeavour. (Not to mention the scarcity of men who are even open to the idea of chastity, but that is a separate issue entirely.) I’m not denying there are good, single guys out there. Of course there are. Several of my closest friends have been fortunate enough to meet and marry some wonderful, intelligent, principled men – but many more women haven’t been so lucky.

I meet them constantly at parties and other social events – beautiful, smart, single Catholic women who just want to find a good man to love and honour. Yet this pool of women seems to keep getting bigger, while the number of Godly, marriageable men is swiftly dropping.

In the early 1960s, 87 per cent of Australian men identified as Christian. That figure has now dropped to 49 per cent. I need not mention that regular church-going men are even fewer still. This trend is not just confined to Australia, either. It seems to be the norm across the West.

I went to a wedding in Seattle last year and met a woman about my age who asked me if she should move to Australia to try to find a husband, due to the lack of Catholic men in her social sphere.

The fact that this experience is almost universally shared speaks for itself. And unfortunately, the growing desperation fuelled by this trend is beginning to result in some rather alarming outcomes. I personally know three Catholic women in their 20s and 30s who abandoned their beliefs in order to be with a man, all in the last few years. One met a man online who turned out to be married (though separated) with children, but she dated him anyway.

Another got married outside the Church, against the advice of her priest, to an agnostic she’d only been dating a short time. The third started going out with an atheist she met at university. A year or two later, she abandoned the Church and those closest to her to marry him.

These were not women whose religious faith extended to a tick on the census. They were all cradle Catholics, well-educated in their faith and very active in either their parishes or Christian communities. And these are just women I know myself – there are undoubtedly others.

Many will be unable to comprehend this. Indeed, I struggle to understand it myself. No matter how desperate you are to be married, how could anything be more important than your faith?

Women have traditionally been the bastion of moral integrity in Church history. It has been said that if you want to judge the moral compass of a society, look to its women. Go to any church and you will almost undoubtedly see more women than men.

According to almost every statistic, remaining faithful to one’s religion is more common to women, which makes each of the above incidents even more surprising.

Indeed, these stories are so shocking that just one would have been the cause of an enormous scandal to the woman’s friends and communities just a few decades ago. Yet the new social climate appears to fuel this special kind of urgency to be with a man – at any cost.

There has always been a social stigma around women who reach their 30s unmarried. This is perhaps felt more keenly in Christian circles, where marrying young is generally looked on very positively. I myself felt the panic creeping up on me when I neared my 30th birthday, fearing the judgement of those around me and dreading the whispers that I was too frigid or that I just couldn’t get a man. This is aside from the biological pressure women in their 30s face if they want to have children.

Related article: Newly engaged and ‘the happiest we have ever felt’

I get the panic, I get the struggle, I understand the fear. I’ve experienced all of it. Like many other young women, I firmly believed I would be married by the time I turned 25. My anxiety and doubt have steadily increased through all the birthdays, while my finger has remained bare.

Being so thoroughly convinced all my life that marriage was my vocation, it has come as a painful, and frankly humiliating, shock to find myself 32 years old and alone. So I completely understand the desperation that is now driving women to enter or cling to relationships even if they’re toxic, harmful or illicit.

Life is so much more exciting when the prospect of a man is in it. It’s no wonder women will sometimes stay far too long with, or even marry, men who are clearly wrong for them. The fear that this may be the only chance at marriage they’ll ever get is all too real, and the alternative can look like returning to a life that is boring, unpredictable and hopeless.

‘Sure,’ they think, ‘it’s not what I expected but at least I’m not alone – right?’ Loneliness is the real enemy in the minds of many women. Better the devil you know than the one you don’t. While this mentality has always existed, the dearth of good young men in our world appears to have pushed it into overdrive.

The fear of being alone seems to be driving women of faith to abandon everything they believe to secure a ring on their finger. I don’t want to be single for the rest of my life any more than the next girl, but that certainly doesn’t mean I think a man is worth overthrowing all I hold dear; everything that gives me hope and meaning and purpose in life.

No man could ever replace these things, nor would I expect him to, and it concerns me deeply that more and more women are losing sight of this axiomatic truth. Do we need more young men on the path to truth and goodness? Of course we do! I’m deeply grateful for the influence figures like Dr Jordan Peterson and Ben Shapiro are having on so many men, young and old.

We should be doing all we can to help steer men in the right direction and find truth and meaning in their lives. Men who are guided by good principles, who have purpose and direction in life, are not only deeply attractive to women, they are invaluable assets to society. Yet many women I see and talk to feel as if their chance is never going to come.

I am now beginning to face the possibility that I may never marry. It makes me squirm with discomfort and anxiety even to admit this, but I have to be realistic. On a personal level, my faith teaches me that if I don’t ever marry, it’s possibly because that is God’s will for me. I may not like it, it may threaten to fill me with dread and despair, but that’s probably how I would have felt if someone had told me 10 years ago that I would still be single now.

And while I have experienced some real suffering in my 32 years, I know my life is valuable and meaningful and worth living, despite not turning out the way I imagined.
Moreover, I believe that if God wills for me to remain single, then that is what will bring me the most fulfilment and happiness in life.

I’ll be honest, this feels more true in my head than in my heart right now. I am still mid-struggle when it comes to acceptance, because deep down I don’t want to accept that this long-cherished dream of mine may never come true.

It feels as though accepting the possibility will shackle me to the inevitability.

But I also know, from wisdom and experience, that this isn’t true, that opening myself up to God’s will – whatever that is – will actually set me free. It may be difficult and painful, but only in the short term. I also recognise there’s an important difference between being alone and being lonely.

I implore other women in my situation to think about this. I know how easy it is to despair when you feel like you’re forever sitting in the waiting room. But I also know that neither a man nor a marriage can fulfil you in life – they’re just a bonus (if you’re lucky). If you accept this, and if you shift your aim to perfecting the life you have, rather than chasing after the one you imagine, you won’t lose your way.

For where your treasure is, there is your heart also. 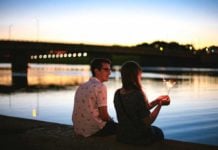 Together at last: fighting for love in an age of algorithms 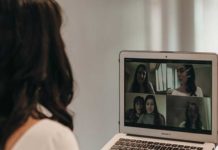 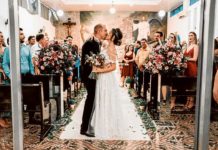 Keeping the kiss for marriage – do I or don’t I?

Self-direction is the key to a great summer.

Self-direction is the key to a great summer.

Monica Doumit: a law that shirks its duty