A member of the Tyburn Priory in Riverstone, she passed away after suffering ill health following a stroke three years ago. She was 65.

With an incredibly strong devotion to Our Lady, she always felt her greatest gift was prayer and loved her vocation spending time before the Blessed Sacrament and in daily adoration.

Mother Prioress of the Tyburn Nuns, Marie-Pierre said Mother Christina had a great love for the many people who asked her to pray for them.

“She really cared for everybody who asked her for prayers, she would say Novenas for many people and had a great interest in their problems, she was such a lovely soul,” she said.

“Suffering a stroke three years ago, she was unaware of the extent of her heart condition until the day she died.

“She began to find breathing difficult, so I called our chaplain to anoint her and then took her to emergency where she suffered a cardiac arrest.

“She really had a very peaceful death, God’s call was very beautiful, she was very calm, smiling and not worried at all.

“She was ready to go and completely at peace. 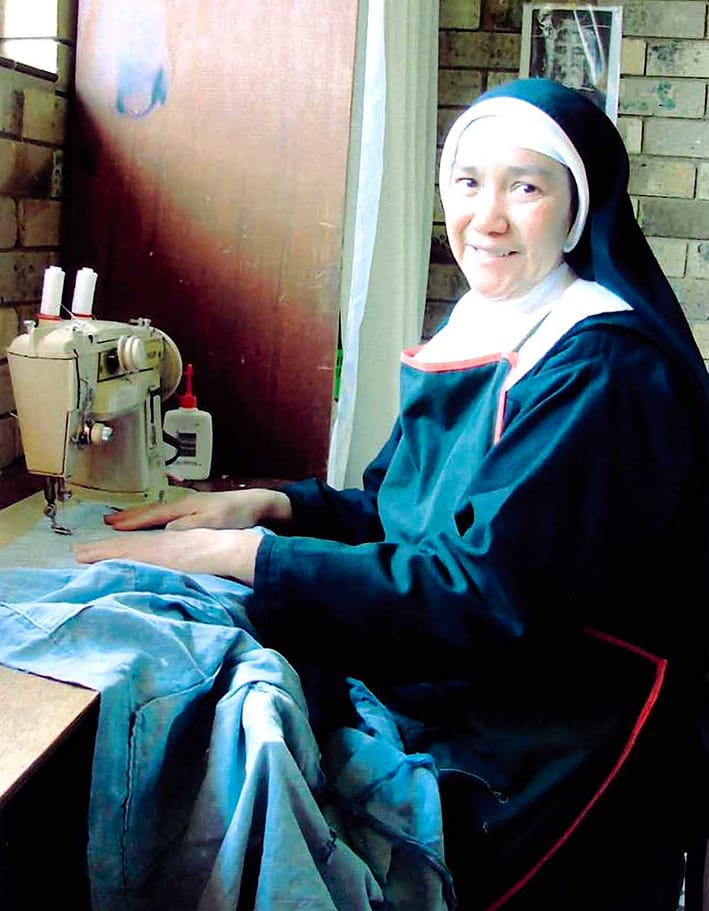 “Mother Christina had a few struggles in her life, but always stayed faithful to her vocation.”
Born in The Philippines, she entered the convent aged 27, three years after arriving in Australia where she was a catechist.

She spent most of her religious life in Australia apart from a few years in a convent in New Zealand.

Also known as the Benedictine Adorers of the Sacred Heart of Jesus of Montmartre, Mother Christina was attracted to the Order’s balanced life of work, adoration and prayer.

Founded in Paris in 1898 by Mother Garnier, the order follows the Rule of St Benedict and aims to glorify the Trinity through daily Mass, the Divine Office, perpetual adoration of the Blessed Sacrament and daily prayer for the Pope, the Church and the whole human race.

Home where the heart is for Tyburn Nuns