The Plenary Council Paper on a Church that is Inclusive, Participatory and Synodal – Theologically Lite, with a Fetish about “Governance”

The Plenary discernment paper on how God is calling us to be a Christ-centred Church that is Inclusive, Participatory and Synodal begins in a way that is different from any of the five other papers. In the first section, Reflection on the Theme, by my count there are 78 references to the New Testament, 62 of which are from the Gospels. This shows that at least the paper begins with an attempt to be thoroughly centered on Christ. Furthermore, it is in this first section that one finds the most substantial theological reflections in the paper. By contrast, and writing in the spirit of the parrhesia (boldness) advocated by Pope Francis, section three on Theological Vision is frustratingly vague and platitudinous.

The first section has three subsections, each addressing one of the three themes. The “Inclusive” subsection looks at how Christ sought to include people, how this mission was imitated by the first Christians, and how a Christ-centred Church is meant to imitate him. Let us get down to the crucial problem straight away. The terms used for the other two subsections, participatory and synodal, have a long Christian pedigree. “Participation,” also called communion, fellowship, sharing, and contribution (in Greek, koinonia), is a thoroughly New Testament term, while “Synod” has a well-established ecclesial provenance. But “inclusive” is a term taken from a contemporary social debate. That in itself is not reason enough to exclude it, but given that currently it is a highly contentious term, a term given different meanings by different people, or experienced as a threatening term by some, means either that one should find an alternative term, or be very precise in defining its meaning.

As it happens, the subsection gives a good alternative, the term “welcome”. Christ is the great Welcomer (Lk 9:11). We are to welcome one another as Christ welcomed us (Rom 15:7), and welcome strangers (Heb 13:2). Even more, we are not just to passively welcome, but, like good shepherds, actively seek out those who are lost (Mk 5:36-37).

If the term “inclusive” is used, it must be precisely defined

On the other hand, “welcome” is a two-way street. Sometimes the crowds welcomed Jesus (Lk 8:40), sometimes they did not. To the Twelve Apostles whom he sent out to preach the Gospel, Jesus said that anyone who welcomes them welcomes him and his Father (Matt 10:40), while those who do not welcome their preaching will face a harsher judgement than Sodom and Gomorrah (Matt 10:14-15).

If the term “inclusive” is used, it must be precisely defined. This will entail some discussion about its opposite – exclusion, including self-exclusion, a discussion in which the paper does not engage. What can exclude one from grace, salvation, the Body of Christ, the Kingdom of God?

There is much on exclusion in Sacred Scripture. “Church” (ekklesia in Greek) means those “called out”. The baptised agree to exclude Satan, and all his works, and all his empty promises. Those who persist in the works of the flesh cannot inherit the Kingdom of God (Gal 5:19-21). Paul admonishes the Corinthian Christians to “hand over to Satan” a Christian who is living in an incestuous relationship with his step-mother (1 Cor 5:5). Christians are told to steer clear of any fellow Christian who is living a grossly immoral life (1 Cor 5:11), and “to show mercy with fear” to some Christians (Jude 1:23). Those unable to accept the teaching of Jesus “walked no more with him,” and Jesus even presents this option to the Twelve (Jn 6:66-67). It may have been better for Judas if he had accepted this invitation to walk away (Jn 6:70). 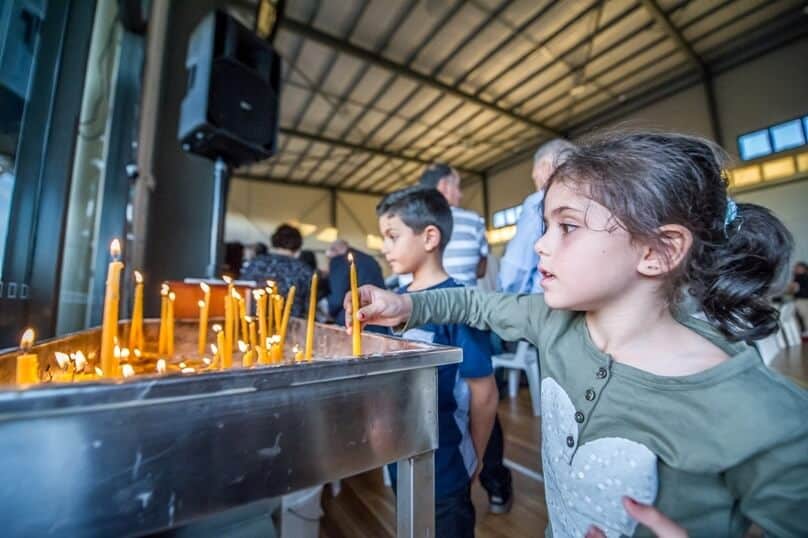 At the end of this first subsection there appears a puzzling metaphor – “Inclusion recognizes that every person is a doorway into the mystery that is the Body of Christ.” This is repeated at the end of the second section on Pastoral Reality. What on earth does this mean? We know that Christ is the gate of the sheepfold, and that we are admonished to enter in by a narrow gate. Christ himself tells us that, rather than being doorways, some people are obstacles to others entering the Kingdom of God. They stand in the doorway. They do not enter themselves, and they prevent others from entering. So, how is every person a doorway into the Body of Christ?

The next subsection is “Participatory”. To begin with, it focuses on the call of Christ to conversion and participation in the kingdom of God. Yet its message seems to be that all will respond to this call. However, many were not just “chastened” by their encounter with Christ, but hardened their hearts against him (Matt 13:15 & 19, 15:8; Mk 3:5, 7:6; Jn 12:40).

The subsection goes on to speak of the Christian’s participation in the liturgy and evangelisation, each using the particular graces he or she has been given. It speaks of a participation which is empowered by the grace of the sacraments, as well as both apostolic and contemplative application. This is all good, but then the paper goes on to suggest that people who are not Christian can be “collaborators” “contributing to the Church’s mission”. Certainly, people who are not Christian can be saved by having a relationship of love with Christ in disguise (Matt 25:34-40), but to say that they can be “collaborators” needs more explanation. It is true that Scripture speaks of the Persian king Cyrus as being inspired by the Lord to rebuild the Temple (2 Chron 36:22; Ezra 1:1; Isa 44:28).  Yet, Scripture also portrays Pharaoh contributing to the mystery of God’s plan without his knowledge and even against his will (Rom 9:15-18).

What is missing from this subsection is participation in God

The next subsection is “Synodal”. This is a concept  still in the throes of being worked out, so the paper does not do much more than repeat what Pope Francis has said about being a mutually listening community that is guided in syn hodos (walking together) by the Holy Spirit. What the paper could have used is the description of synodality found in the deliberations of the so-called council of Jerusalem as it worked out the relationship between Jewish and Gentile Christians in the nascent Church (Acts 15:1-32).

The second section, on Pastoral Reality, looks at the situation of indigenous Catholics, women, young people, families, couples, people with same-sex attractions, non-Catholics who participate in Catholic ministries, men, and the mentally ill. It was encouraging to read an acknowledgement that, until recently, “relatively little attention [has been] given to masculinity and manhood in the Church’s teaching”. A minor point is a footnote (49) on the gift of marriage that actually refers to youth ministry.

The issue of not passing judgment is a valid one. On the other hand, we are also encouraged to prudently exercise the spiritual work of mercy to admonish sinners. In reality, we need to make distinctions between three different types of judgment – the judgment of persons, which is to be rigorously excluded, the judgement of the moral validity of actions, which Jesus commands people to undertake (Lk 12:57; Jn 7:24; also Acts 4:19), and the necessity of judging oneself (1 Cor 11:27-31; 2 Cor 13:5; Gal 6:4), always recognizing that this last kind is provisional, since “God is greater than our hearts” (1 Jn 3:20).

As has been said, section three on Theological Vision could best be described as vague and platitudinous. An example of both can be found in its discussion of “creativity”. We are told that, “members of the Church are called to participate in the creative work of the Word, patiently listening and joyfully receiving the experiences of others, with all their joys and sorrows, hopes and aspirations. This requires creativity, not just in the sense of finding new ways to embrace the uniqueness of each experience and gift. It requires divine creativity, which only the Christ event provides, to open hearts and minds beyond familiar frames of reference.”

Here, the florid style without much substance, an oblique reference to the beginning of the Vatican II Constitution on the Church in the Modern World, Gaudium et Spes (the joys and hopes), and the use of the somewhat dated term “Christ event,” seems to indicate that, underlying this excerpt at least, is some un-renovated 70s theology.

The theme of “governance” appears in section two, again in section three, and in the last section, five. It begins with a concern about the lack of “full lay participation in parish and diocesan governance,” continues by claiming that God is calling the Church in Australia “to invite and enable full participation in liturgy, ministry, and governance,” and concludes by stating that, “In the light of the Church’s teaching that all have a baptismal vocation – as priest, prophet and king – there is a pressing need for significant changes be made to Church governance and address the ‘culture of clericalism’.”

Practically, this would mean the establishment of diocesan and parish councils, and regular assemblies, and the employment of lay pastoral directors and associates in parishes. Well, as some wag has said, “For God so loved the world that he didn’t send a committee.” Or, as someone else has said, “It’s easy to reform bureaucracies. The problem is reforming bureaucrats.” Without a change of heart from power-seeking to service-seeking, an increase in governance, a multiplication of “curias,” would simply extend what has been called “clericalism”. Paradoxically, this would lead to a more legalistic Church, since the role of government is to legislate.

Paradoxically, this would lead to a more legalistic Church, since the role of government is to legislate

However, apart from the misguided attempt to reform the Church by following a worldly model, there are three problems with this approach. The first is that “governance” is an apostolic ministry. It is the ministry of the successors of the apostles, called to participate in the High Priestly ministry of Christ to sanctify, teach, and govern his flock (Lumen Gentium 21). For lay people to seek to participate in “governance” would be to usurp the pastoral ministry of bishops. The answer to Paul’s rhetorical question, “Are all apostles. . .” is a definite “no” (1 Cor 12:29-30).

The second problem is confusion about participation in the three-fold mission of the Church. It is, as the paper states in section five, a vocation to be a priest, prophet and king. Yet, in section two, this is framed as participation in liturgy, ministry and governance. No, it isn’t. It is participation in liturgy (leitourgia), proclamation and witness (kerygma/marytria), and service (diakonia) (Deus Caritas Est 25). The paper has substituted governance for prophecy. The third problem is a failure to focus properly on “charisms” rather than “governance,” and here one can speak especially about the gift of prophecy. At the end of his explanation of the spiritual gifts (1 Cor 12), St. Paul shows a more excellent way, the way of love (1 Cor 13). Then, after saying, “Make love your aim,” he encourages us to “earnestly desire the spiritual gifts, especially that you may prophesy” (1 Cor 14:1).

Why prophecy? The prophet is one who speaks for God, and one who prophesies “speaks to men for their upbuilding and encouragement and consolation” (1 Cor 14:3). How much are these three things needed in the Church today? Mutual edification, encouragement, and consolation, not equal participation in governance, is Paul’s overriding concern for the Churches to which he writes. It should be ours too.

Peter McGregor is a lecturer in Theology and Spirituality at the Catholic Institute of Sydney, and a member of the Emmanuel Community

Chemically-Induced Sedation for COVID-19 in Aged Care – A Catastrophe

Michael Daniel: Learning to speak Catholic with an accent

Chemically-Induced Sedation for COVID-19 in Aged Care – A Catastrophe