One of the most successful strategies used by the cultural-left to radically reshape society in its utopian image is redefining language to suit its agenda. As noted by George Orwell “if thought corrupts language, language can also corrupt thought”; allowing words to be altered to enforce politically correct group think.

The word ‘gay’ is an obvious example as activists have long since changed the meaning from being happy and carefree to describing homosexual men. Such has been the gay lobby’s success that when school children sing the song Kookaburra Sits on the Old Gumtree the line “Gay your life must be” is altered to “Fun your life must be”.

‘Rainbow’ provides another example where the word and the symbol have long been co-opted by the cultural-left to refer to a broad range of environmental, neo-Marxist and LGBTIQ+ activists grouped under the heading ‘Rainbow Alliance’. The way the word ‘gender’ has been redefined represents one of the more egregious examples of language control.

According to The Shorter Oxford English Dictionary the word is a grammatical term used to denote whether “nouns are masculine, feminine or neuter according to whether the objects they denote are male, female or of neither sex”. Based on the research carried out by the psychologist John Money while at John Hopkins University during the 1950s the word was radically redefined to refer to an individual’s sexual identity.

Instead of biology and God’s law determining whether a person was female or male, Money introduced the description of gender on the basis sexuality was a fluid and dynamic social construct. Money’s obituary in The New York Times describes this ground-breaking research as follows “He was the first scientist to provide a language to describe the psychological dimensions of human sexual identity: no such language had existed before”.

Such has been the success of transgender activists in their campaign to normalise gender dysphoria that instead of chromosomes determining a person’s sexuality the prevailing orthodoxy is that there is nothing fixed or absolute. The Safe Schools Coalition booklet All of Us, found on the Commonwealth Government’s Student Wellbeing Hub, defines “sexual diversity as a continuum” and tells students gender identity “does not necessarily relate to the sex a person is assigned at birth”.

The booklet Safe Schools do Better, erroneously arguing 15.7 per cent of students are same sex attracted, intersex or gender diverse or trans when the figure is closer to approximately 5 per cent, suggests a “person may identify as neither male nor female, or as both”.

As highlighted in George Orwell’s novel 1984 language determines how we think and act and controlling language is a key strategy employed by totalitarian regimes to manipulate people and enforce groupthink. In Orwell’s dystopian novel what is described as ‘Newspeak’ leads to a situation where “thoughtcrime” is impossible as “there will be no words in which to express it”. The slogan “War is Peace, Freedom is Slavery, Ignorance is Strength” best illustrates how Big Brother subjugates citizens by radically altering the meaning of words and, as a result, controlling their ability to think rationally and independently.

Such is the insidious evil of distorting language and imposing group think that Orwell writes “The implied objective of this line of thought is a nightmare world in which the Leader, or some ruling clique, controls not only the future but the past … If he says that two and two are five — well, two and two are five. This prospect frightens me much more than bombs”.

Universities and government bureaucracies instead of defending rationality and reason have long since become champions of cultural-left language control and group think.
University Diversity Toolkits tell staff to use gender neutral pronouns, to describe the early convict settlement as an invasion and that it is wrong to describe pre-European Aboriginal culture as primitive.

The Victorian Department of Health and Human Services organises days where staff are told gender specific nouns like man and woman or pronouns like she and he are heteronormative, homophobic and transphobic. While the cultural-left’s use of politically correct language is widespread and now dominates public and private discourse there is nothing new in using language to persuade and convince.

What is described as rhetoric has been evident since the time of the ancient Greek philosophers and sophists and includes devices such as using emotive language and euphemisms and shifting the meaning of words to suit one’s purpose and shut down debate.

Where the cultural-left’s use of language is dangerous and insidious is that it is calculated to dominate and control and to overthrow what is seen as an unjust, inequitable society riven with white supremacism, structural racism, sexism and transphobia. And anyone who disagrees is condemned and vilified as Eurocentric, misogynist, heteronormative, xenophobic and worst of all Christian. So much for reasoned debate. 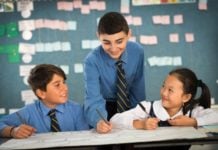 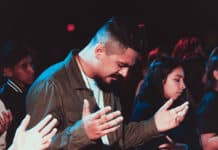 Dr Kevin Donnelly: One front in a much larger battle