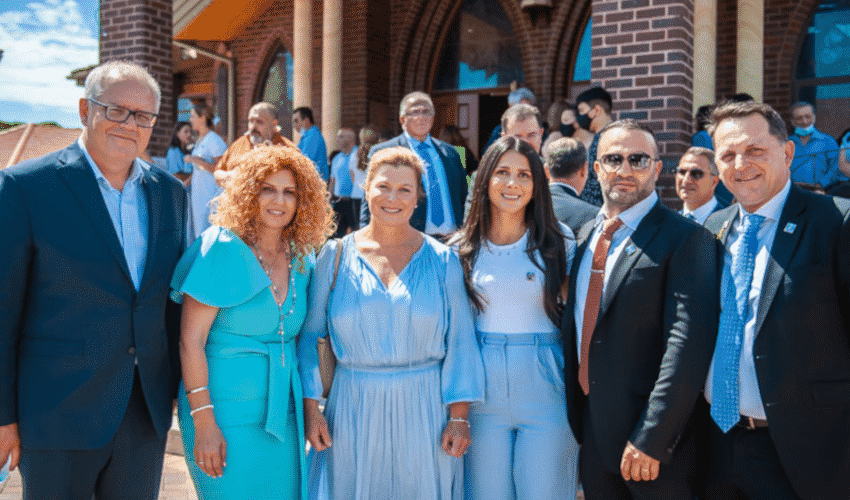 A yearly fresh reminder of the good, beautiful, true

“I know the guy, he was drunk, driving on the streets. Right now, I can’t hate him. And I don’t want to see him. I don’t hate him. I think in my heart, I forgive him, but I want the court to be fair. Right? It’s all about fairness. So, I’m not going to hate him because that’s not who we are and that’s not what our religion tells us. I forgive him, but I want it to be fair.”

I can’t tell you how many times over the past year I’ve watched the footage of Leila Abdallah speaking these words at the site where her three children, Antony, Angelina and Sienna were killed by a drunk and drug-affected speeding driver less than 48 hours earlier.

We know that as human beings, we are attracted to what is good and true and beautiful and this offer of mercy from a grieving mother is, without a doubt, one of the most good and most true and most beautiful things I have ever seen.

i4give Day will now occur annually on the anniversary of the death of Antony, Angelina, Sienna and Veronique, and will invite us all to recommit ourselves to giving and seeking forgiveness in a world that is increasingly in need of mercy.

Leila’s words of forgiveness have been repeated publicly by her husband Danny, as well as Bridget Sakr, the mother of Veronique, who was killed alongside her cousins on that fateful night.

Months after the accident, the parents were asked about the choice to forgive. It was Leila’s words that struck me again. She said that when she visited the crash site, she stopped at the place where each child was killed, and prayed an Our Father, a Hail Mary and a Glory Be. She said that it felt like walking the Stations of the Cross, and at the end of it, she pictured Christ on the cross asking the Father to forgive those who were killing him.

She went on to say that praying the Our Father and meditating on the many examples of forgiveness in Sacred Scripture “gets in your subconscious mind,” so that a message of forgiveness was what naturally came out of her mouth when speaking from her heart.

I don’t think the parents’ ability to speak words of forgiveness in the days following the accident was not because they had decided to forgive on that day. Instead, it seems that they had trained themselves to be forgiving and regularly receive forgiveness throughout their whole lives, reading and meditating on Scripture, making use of the Sacrament of Confession, and putting forgiveness into practice in ordinary, everyday situations.

Making a habit of forgiving and seeking forgiveness in the small things is, I think, how they must have managed to speak forgiveness at the worst moment of their lives, allowing a message of mercy to resonate across the country.

We are all taught the importance of forgiveness and the need to “forgive those who trespass against us” if we want God to forgive us our own sins. But it is one thing to understand and accept such a teaching when you have not suffered any serious loss because of the actions of another; it is quite different to put it into practice when you have just lost half of your children, as Danny, Leila and Bridget all did.

It is also one thing to say you forgive someone in the immediate aftermath of the event; it is another to stay committed to that forgiveness when you have to go home to empty bedrooms, to celebrate birthdays and Christmases without them around, and settle into the reality that you will not see them again this side of Heaven.

But a year on, instead of commemorating the anniversary of the loss of their children in private, away from public attention and the public commitment they made to forgiveness a year ago, these parents stood valiantly together and again spoke words of forgiveness. But they were not alone this time.

Leaders from all sides of politics, with their families, sitting side by side with religious and other community leaders, all announcing a message of forgiveness. Unlike was that it was not focused on the Abdallah and Sakr families and who they needed to forgive, but on all of us, and who we need to forgive. It was an extraordinary sight.

i4give Day will now occur annually on the anniversary of the death of Antony, Angelina, Sienna and Veronique, and will invite us all to recommit ourselves to giving and seeking forgiveness in a world that is increasingly in need of mercy.

It will remind us all that we need to get into get into the habit of small acts of forgiveness so that, even though we pray we will never have to, we too might be able to forgive something that seems unforgivable.