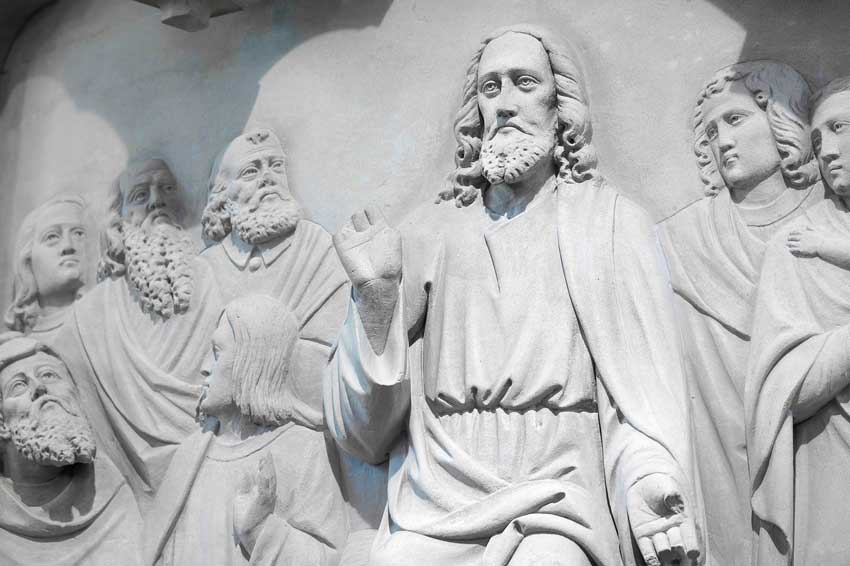 The authors of the Old Testament, writing under inspiration, understood William Faulkner’s remark that “The past is never dead.  It’s not even past.”  They understood that acts done in the past echoed down through history and kept having consequences.

The archetypal example of this is, of course, the fall of man.  The point of the story is not that God blames us for the sin of our first parents, but that the consequences of that sin keep being felt down through history just as a baby born with fetal alcohol syndrome is not to blame for his mother’s addiction, but is still affected by it.

In the Exodus, God gets Israel out of Egypt.  That’s the easy part.  The hard part is getting Egypt out of Israel.  The Chosen People keep reverting to the mindset of their pagan masters, not only in worshipping false gods, but in trying to maintain the social norms of that ancient civilisation.

One of the things God therefore prescribes is the Year of Jubilee.  The plan was for Israel to count off seven sevens of years and then hold a year in which, among other things, all debts were forgiven, slaves set free, and property that had been accumulated and concentrated in the hands of the rich was to be returned.

The idea was to make the Exodus an ongoing event in the life of Israel rather than a one-off a long time ago.

The question is, why?  And the answer is not really very hard to see:  the accumulation and concentration of wealth and power in the hands of a few at the expense of the many is precisely what drove Israel into slavery.  Joseph, after all, saved both Egypt and Israel by making sure that enough grain was saved during the seven fat years that not just Egypt but Israel had enough to eat during the lean years (Genesis 41:53-57).  God’s Providence was ordered to the common good.  But then Egypt got greedy and fearful and decided it was them or Israel:

Come, let us deal shrewdly with them, lest they multiply, and, if war befall us, they join our enemies and fight against us and escape from the land.” Therefore they set taskmasters over them to afflict them with heavy burdens; and they built for Pharaoh store-cities, Pithom and Ra-amses. But the more they were oppressed, the more they multiplied and the more they spread abroad. And the Egyptians were in dread of the sons of Israel. (Ex 1:10–12).

Note that: with greed came, not a sense of power, but of dread. Instead of working with Israel for the common good, Egypt oppressed and robbed Israel and the more they did, the more fearful of their slaves they became until God heard the cry of the oppressed and delivered them.

The problem was that Israel was just as prone to do the same to the weak in their midst once they escaped Egypt.  The prophets would repeatedly denounce the oppression of the weak by the strong and the poor by the rich. And the warning was precisely that those who stole the wealth of the poor in one generation only heaped up responsibility on their descendants to do justice to the children of those they robbed.

Woe to him who heaps up what is not his own—
for how long?—
and loads himself with pledges!”
Will not your debtors suddenly arise,and those awake who will make you tremble? (Hab 2:6–7).

Some will reply that this is all Old Testament stuff and doesn’t apply to us today.  To be sure, the historical circumstances in which the Mosaic Jubilee was celebrated no longer obtain.  We are not Israelites living in the Holy Land three thousand years ago and we are not bound to keep any of the feasts and fasts and ceremonial laws of Israel.

But it does not follow that the Jubilee has nothing to do with us.  Because when Jesus announced his mission to the world he read this passage from Isaiah in the synagogue:

The Spirit of the Lord is upon me,
because he has anointed me to preach good news to the poor.
He has sent me to proclaim release to the captives
and recovering of sight to the blind,
to set at liberty those who are oppressed,
to proclaim the acceptable year of the Lord.”  (Luke 4:18-19)

…and declared that “Today this Scripture has been fulfilled in your hearing” (Luke 4:21).

In short, he announced he is the Jubilee—and that matter to us greatly.  Of which more next time.