I am an Aboriginal woman, raised by parents who were Catholic in name but neither of them practiced their faith.

I recall attending a local Catholic church with my Nana as a small child. Other than that, I knew no-one who was religious.

One of the darkest moments of my life was being sexually abused by a close family member for four years as a teenager.

Entering into adulthood was pure hell for me. I was desperate to find resolution around my sexual trauma.

I fell into deep depression. I had no idea of my identity, and I just wanted to disappear.

I was 25 years old when I first disclosed my childhood abuse to my mother shortly before her death from cancer.

If I hadn’t had a strong bond with my mum, I don’t know who else I would have been able to tell. Even today, I may never have found freedom from my burning secret.

I was so desperate for my voice to be heard. I needed compassion and tender counsel. I didn’t need further rejection as I questioned my sexuality and identity, or the political and police interference now enabled by legislation in several states in Australia.

My abuse grossly affected my sexuality. After my mother’s death, I got engaged to several women, the last being for three and a half years which was a deeply abusive relationship. This led me to become addicted to drugs.

My abuse grossly affected my sexuality. After my mother’s death, I got engaged to several women, the last being for three and a half years

When this lesbian relationship eventually ended, I found Islam which led me into more abusive relationships, only this time with several men, one of whom I actually married.

I was still same-sex attracted but again trapped in another strain of co-dependency, this time with behaviours which further degraded me.

The suicide rate among Aboriginal youth is disturbing. It screams of the destructive pain so many precious young people experience.

I often ask myself: what pathways are open today to an Aboriginal child where she or he can disclose abuse, question identity and sexual attraction, and be helped to make their own healthy choices? Every avenue to prayer, therapy and counsel which is proven to work, even if only for a minority, must be left open.

If an Aboriginal child or adult senses that legislation might affect therapy or prayer, those wounded will stay away from even beginning recovery. Their ability to reach out and to speak up, especially about abuse, might never happen.

However, politicians are queuing up to condemn therapy and prayer linked to sexuality and gender. This will have a long-term effect of degrading women and children. We will be the ones most assaulted by new legislation which rips dignity away from girls and women as, for example, men who self-identify as trans-women compete in female sport.

… politicians are queuing up to condemn therapy and prayer linked to sexuality and gender. This will have a long-term effect of degrading women and children.

Politicians are being conned

I have felt further despair and retraumatised by anti-therapy and anti-prayer legislation rising up across our nation. But turning my life to Jesus and finding a home within the Catholic Church are bringing me hope.

I am fortunate that the Christian community has been helping me to face my past. I am learning to invite Jesus into my pain so as to find newness of life. He is teaching me not to be afraid of anything.

Jesus – and Mary, a Mother

Amazingly, Jesus gave me a dream about his Mother, Mary. I have spent years trying to deal with the grief of my mother’s death, and suddenly Jesus gives me his Perfect Mother to walk alongside me, to love me, and to help me not only heal but to trust more deeply in God. I am now excitedly involved in the RCIA course.

Our nation needs less mental illness, fewer addictions and suicides. It needs laws which respect God and permit people to grow up and to make decisions for themselves.

It is regrettable that past support is being reported to have hurt a few people. But present support is saving my life and the lives of many others. We have no idea how many more lives it has already saved and might just save in the future.

Gratitude for welcome in the Catholic community

I am grateful that my life and my story have been welcomed into the Catholic community and that knowing Jesus is helping me to find ever greater security in my identity.

The Catholic Weekly thanks Rhianne for having the courage to share her story. 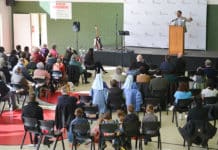