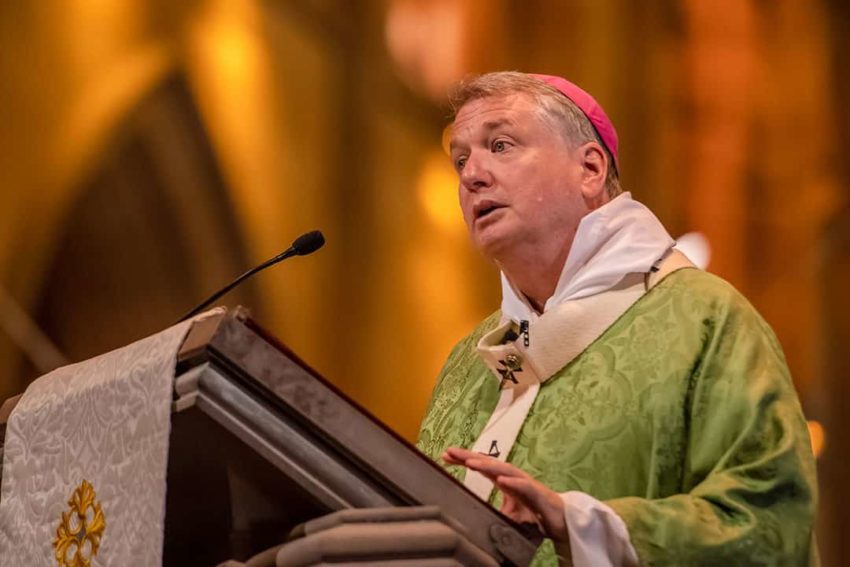 “This makes no sense at all”

Archbishop Anthony Fisher OP has written to all NSW MPs asking for assistance with his call on the state government to reverse its decision to dismiss faith-based operators from the management of cemeteries.

The request came as a groundswell of support saw more than 9000 people sign a petition to Premier Gladys Berejiklian in three days.

The Catholic Metropolitan Cemeteries Trust (CMCT), which manages cemeteries at Rookwood, Liverpool, Kemps Creek and North Rocks, had its 28 May termination delayed for one week following the shock decision.

“Rather than accepting [our] proposals, Minister Pavey has decided to consolidate all … operators into a single operator, OneCrown … to be frank, the decision makes no sense at all” – Archbishop Anthony Fisher OP

In his letter, the archbishop wrote that for four years, religious groups including the Catholic Archdiocese of Sydney, have been in consultation with the Government in relation to the issues currently facing Sydney cemeteries. They include an urgent lack of burial space, the need for sufficient funds for ongoing maintenance, and the need for affordable funerals and burials.

“These solutions were supported by other Christian, Islamic and Jewish faith groups, who have, for generations, trusted CMCT to offer burials that respect their religious rituals, show reverence to the bodies of their deceased, and offer solace to the grieving.

“Rather than accepting these proposals, Minister Pavey has decided to consolidate all Crown operators into a single operator, OneCrown, to be administered by a new Government bureaucracy. 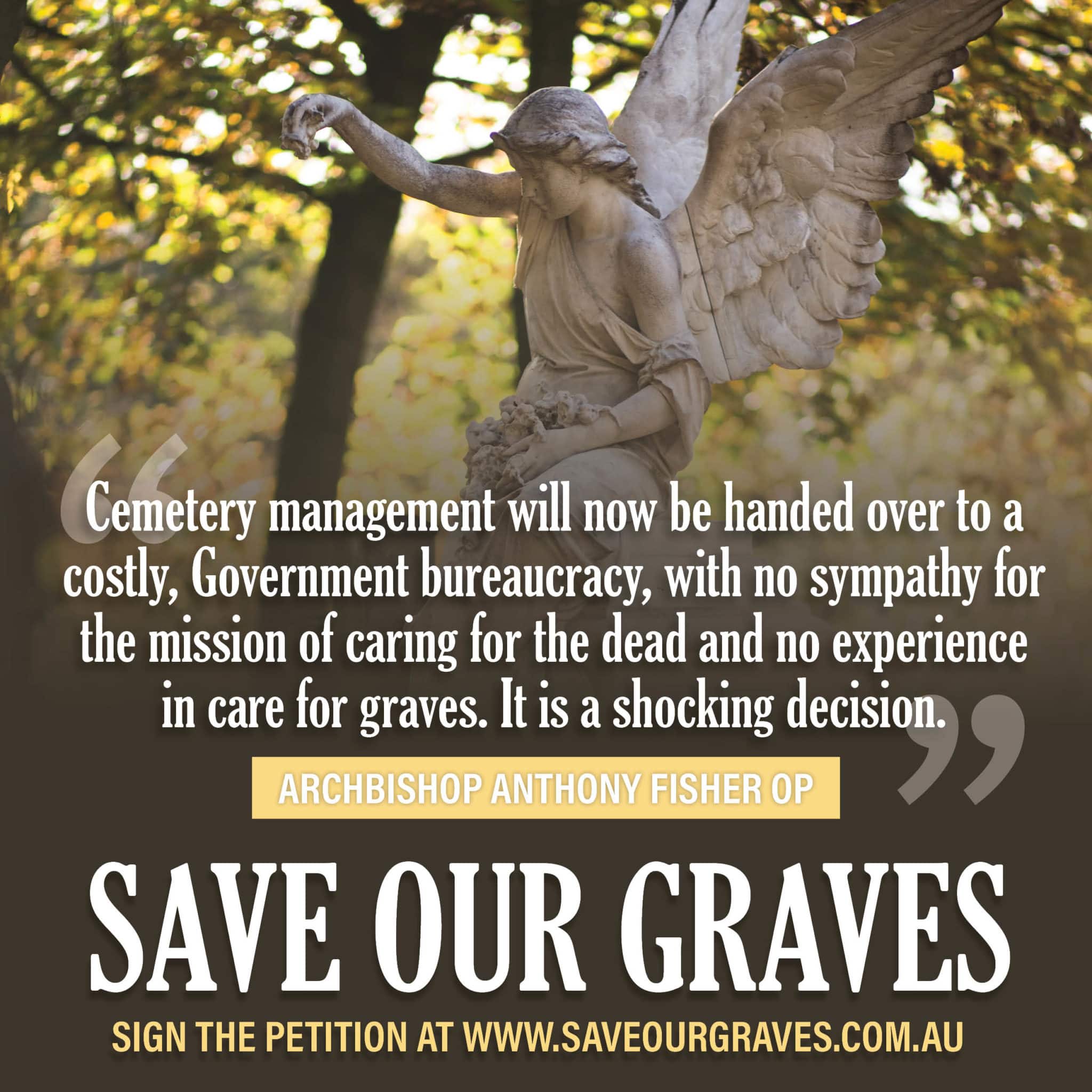 “This decision has the longest lead time, comes at the highest cost and with the least experience in management of burial grounds. It also lacks the support of religious groups across the state.

“To be frank, the decision makes no sense at all.”

Sydney Catholic Fil Pensabene was happy to sign the petition despite encountering mistrust of faith leaders’ position that the management of cemeteries is a spiritual mission.

“This is a situation that has really concerned my husband and I, as with the purchase of our crypts we know that there is to be perpetual care of the site and knowing that this has been managed by the Catholic Cemeteries Trust eased our minds,” Mrs Pensabene told The Catholic Weekly. “Now we are concerned that ongoing care will be affected by the Government takeover.”

Another social media user wrote that “this cannot happen”. “The service we received when my parents passed away recently was beyond care and compassion to think that this will be taken away is not right and [is] inhumane.”

Milan Maksimovic, a Community Citizen of the Year 2021 medallion recipient, was grateful to the Archbishop “for standing for our fundamental rights”.

“The current NSW Government has lost its way and is now removing our rights to look after our loved ones last remaining. This is not acceptable and it is not the practice of any other democratic country,” Mr Maksimovic said.

Archbishop Fisher told The Catholic Weekly he was grateful to those signing the ‘Save Our Graves’ online petition, saying it was wonderful to see the strong level of community support.

“Caring for the dead and those who love them is not a Government service to be arranged through the Service NSW app; it is a spiritual mission that is at the heart of what faith operators in the cemetery sector do every day,” he said.

“The support provided through Catholic Cemeteries and Crematoria, for example, covers not only one-on-one support for people grieving a loved one, but also education and training on grief, loss and bereavement to the general public,” he said. “A government department could never provide that same support to people of faith.

“So this is not simply a concern of our Catholic community, but one we share with other faith groups across the Jewish and Muslim communities as well who also see this move as a fundamental attack on religious freedom.

“Like us, these faith communities follow very distinct burial customs which would not be readily understood by secular bureaucrats.”

Last week CMCT board chairman Greg Smith slammed the decision as “terribly disrespectful” and an attack on religion. He told The Catholic Weekly that the takeover would mean a rise in the cost of burials and a gradual loss of $500 million in tax deductions that the trust would generate through its charitable not-for-profit status.