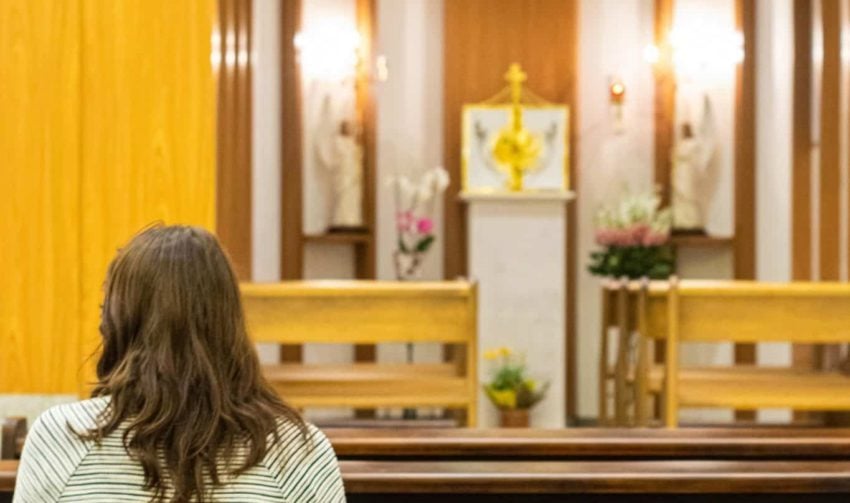 Warning of potential for harm to individuals and families

Melbourne Archbishop Peter A Comensoli has warned that an extreme draft law to ban gay conversion practices in Victoria would have a “chilling effect” on people of faith and called for public discussion of the serious issues involved before it is pushed through parliament.
In a letter to clergy last week and reiterated in a statement yesterday, the archbishop said he had “serious concerns” the bill could limit the ability of Victorians “to express a view, share their faith, or talk about biblical teaching without fear of state interference”.

He has listed questions about the far-reaching implications of such a law which he said require an answer, among them how Catholic schools and parents would retain the ability to provide protection and care for children who are struggling with their sexuality.

“The…outcome of this bill may not be to protect anyone who is vulnerable, but to silence people of faith from expressing their view”-ARCHBISHOP COMENSOLI

“In fact the ultimate outcome of this bill may not actually be to protect anyone who is vulnerable, but to silence people of faith from expressing their view,” Archbishop Comensoli said.
The proposed legislation goes further than a similar law passed in Queensland this year by criminalising any religious practice including “but not limited to” a prayer-based practice, deliverance practice or an exorcism.
It has been criticised as the most egregious form of state over-reach Australia has seen into religious faith and practice, as well as endangering children who experience gender dysphoria.

The Victorian Government is expected to push the bill through the lower house this week to pave the way for a vote in the upper house early next year. The state’s Liberal Opposition has not yet indicated whether it will support or reject it.
Archbishop Comensoli said he accepted the intention of preventing harmful and coercive practices but that the bill itself was a “dramatic over-reach of the government into the contexts of prayer, conversion, pastoral conversation, spiritual accompaniment and the freedom of individuals to change and to seek advice and direction of their own choosing to make their own decisions”.

Law would encourage gender transitioning for children and minors

Excluded from the proposed ban are gender transitioning practices and it would leave open to parents only the option of progressing a child who experiences gender dysphoria to social and/or medical gender transition.
This comes as the UK High Court last week ruled that such approaches are “experimental’ and that children aged under 16 are too young to fully appreciate the long-term risks and consequences involved with puberty blockers, cross-sex hormones and surgery.
The Court said that because there is “real uncertainty over the short- and long-term consequences of the treatment with very limited evidence as to its efficacy or indeed quite what it is seeking to achieve”.
Author and political commentator Dr Kevin Donnelly said Victoria’s government “is imposing an extreme, totalitarian form of control where freedom of religion and the right to live according to one’s beliefs and conscience lead to victimisation and imprisonment”.

“Parents, if they make any attempt to advise, counsel or seek guidance because their daughter or son is experiencing uncertainty about whether they are a girl or a boy, will be convicted of a criminal offence facing imprisonment up to 10 years and a maximum fine of $10,000.
“Instead of parents being their children’s primary caregivers and having their rights as parents protected as they are by international covenants and agreements, much like in communist China and George Orwell’s totalitarian world of Big Brother the state intervenes and takes control.
“Organisations including schools, hospitals, churches, businesses, medical practitioners and psychologist are also open to fines or imprisonment for simply advising young people about the arguments for and against making such a life-changing decision as altering one’s sex.”
Victorian parents Susan and Paul O’Reilly (names changed to protect the family’s privacy) strongly reject the proposed law.

“Even without this law, because our daughter thought she was transgender there was nobody available to talk to her to help her sort through the anxiety she was feeling,” Mrs O’Reilly told The Catholic Weekly.

“Thankfully we were able to support her but if we didn’t have a bigger world view we would have gone down that route of gender transitioning. We are sure there is an element of social contagion involved in the rise of gender dysphoria among children.
“Our daughter is now much better but I’m really concerned about other children. They need someone to at least try to delve into what’s going on, but if everything is considered conversion therapy they won’t get any support.”
Mr O’Reilly said it would be impossible to explain to a “confused 15-year-old” that biological sex is a fact and gender identity “a social construct based on faulty logic, when that position is directly contradicted by your government”.
“As a parent, I would gladly suffer 10 years in prison to save my daughter from the lifetime of regret she would have faced if she had decided to ‘transition’,” he said.

Another parent, with a transgender child who is now a young adult, told The Catholic Weekly that she is “disgusted” by the proposed law.

“If these laws had been in when I began on this journey I’d be in jail and my non-trans child would no doubt be in government care,” she said. “It is impossible already to get impartial help from any medical health or mental health professionals. In an era where children are not allowed to get piercings or tattoos without parental consent, I fail to see how this is allowed.

“I absolutely agree with the UK’s High Court decision and it is only a matter of time before more court cases like this are heard and more of these sensible decisions are made. The number of de-transitioners who have massive regret and feel that they were pushed into their decision to transition at a young age proves society is doing something very wrong.

“Parent rights should be protected.”