Two mums are stepping up to represent parents from across the Archdiocese of Sydney on the New South Wales Council of Catholic School Parents (CCSP).

Mum of three and trained nurse Anne Fehon joins Our Lady of Sacred Heart College Kensington Principal and mum of one Brigid Taylor as Sydney’s two parent representatives, joining a council of 22 members across the state.

Anne Fehon, a former member of the Parents and Friends association at Villa Maria Catholic Primary School in Hunters Hill where her children attended school said it was the school’s new principal who first suggested she get involved with the CCSP.

“Our principal asked if it was something I would be interested in,” said Anne. “It is very exciting to be involved in something that is working to make sure parents’ concerns are heard.”

Already juggling motherhood and running a school, Brigid Taylor said the CCSP is an important organisation encouraging parents to be engaged with their school.

CCSP Media and Communications Officer Clare Dunstan said that the council was excited to have Sydney representatives back on the CCSP.

“We are just delighted,” said Clare. “Delighted to have these two dedicated parents on the council, ready to be a voice for the parents of Sydney.”

The council is made up of representatives from all Catholic school systems in New South Wales and the ACT, with two members from each of the eleven dioceses.  For more than 25 years the CCSP has been the peak body representing parents and carers of children and young people in Catholic schools.

The CCSP works to promote family, school and community partnerships in both diocesan and congregational schools, including an Aboriginal and Torres Strait Islander Committee to provide a voice for the families of First Nations Peoples in Catholic schools.

To find out more about the work the Council of Catholic Schools Parents does, click here 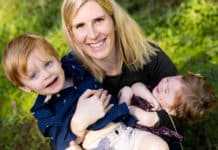