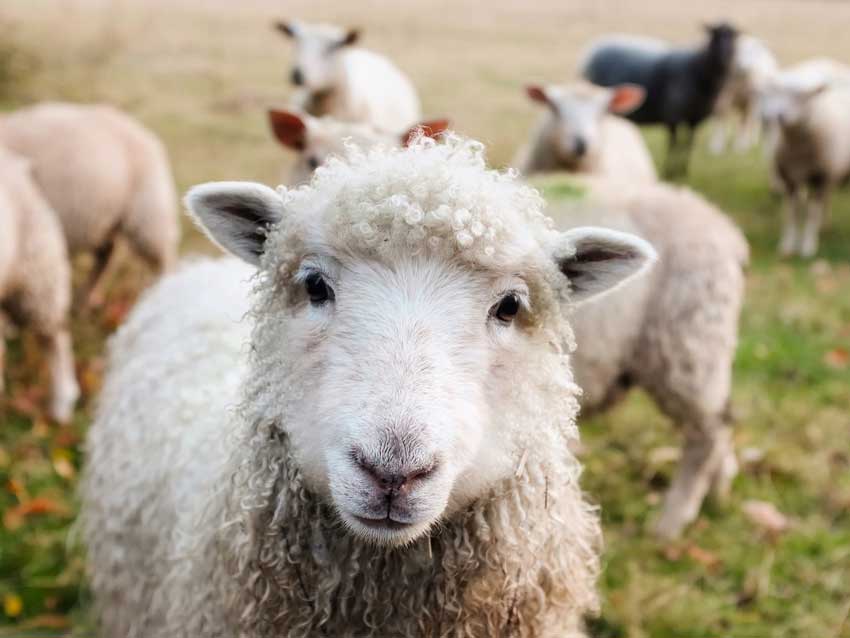 My faith formation class — mostly eight-year-olds — has watched this amazing video several times. It’s short, and shows a man rummaging around in a hole in the deep grass. He grasps something and starts to pull, and we eventually see legs, and then realise that it’s an entire, full-grown sheep who’s somehow got himself buried. The man pulls steadily and the sheep emerges, very much like in a birth. The sheep shakes himself, looking confused and relieved, and gallops away while the men chuckle.

Our class is getting closer to the big day: Their first confession. They won’t receive their First Communion until next year, so I had the task of teaching them to understand sin and repentance and forgiveness, without overwhelming them with guilt and self-accusation. They’re learning what their sacramental relationship is with God, and I would hate to frame it as some kind of adversarial trial. That’s something I’m still unlearning, myself.

So I’ve been trying to lay a lot of the emotional framework for confession, before we really dig into the logistical part of it. We talk a lot about how the whole story of salvation is how much God wants to be with us, and how he keeps coming up with plans to save us from all the problems we get ourselves into. I want very much to teach confession as a place we want to go when we need help, rather than a place we have to go when we’re in disgrace.

One class, I showed them the sheep video without any introduction. We watched it twice, and I asked them to talk about what the sheep was like. They decided he was pretty silly, and confused, and that he needed help, and he was probably scared, and it was dark and awful in the hole, and he wouldn’t be able to get out by himself. And maybe it wasn’t the first time he had fallen down in there, either, and he might even do it again.

Then we talked about the man who saved him. They thought he was Spanish, first of all. Ha! Okay, what else? He was strong, and he cared about the sheep, and he knew what to do, and he wasn’t going to give up until he got the sheep out. And he felt sorry for the sheep (“Pobrecito!” meaning “poor little thing” he says at one point), and he liked the sheep, and didn’t want it to get hurt. And he liked seeing it come out of the hole (“El milgro de la vida!”, ‘the miracle of life’ one of the men exclaims.) It was his job to take care of that sheep. That was why he was there.

Then I told them we are like the sheep, and Jesus is like the man who pulls the sheep out. This was a little confusing for them at first, but kids this age are quite capable of understanding analogies with some help.

We talked about different kinds of things we can do that make us fall into a hole. Calling someone a mean name. Not doing what our moms tell us to do. STABBING SOMEONE. (They liked that one.) We wrote these and other sins down on little paper sheep and then I had them all crowd together on one side of the room, each clutching a sheep. I shouted, “I am the good shepherd! Come on, sheep, follow me and I’ll take care of you!”

One by one, they came toward me. But there was one spot on the floor that was designated as a hole. When they reached that spot, they fell down. We looked at their sheep together and read the sin. I asked, “Are you sorry you killed someone [or whatever the sin was]?” They said they were sorry, and I said, “I forgive you! Come out of the hole!” and I hoisted them up and sent them on their way.

They. Loved. It. It was fun and exciting and memorable, and it captured something of the nervousness and anticipation of waiting in the confession line, and the relief and joy of coming out on the other side.

I did have one concerned parent carefully inquire why his child came home with a crumpled paper sheep that said “KILLING” on it.

Next week, we watched the video again and played the game again, but this time, when they fell into the hole, I had them say, “Bless me, father, for I have sinned. This is my first confession” before they “confessed” their “sins.” In the next few weeks, we’ll add in more and more elements of the actual form of confession. My hope is that, by the time we hit the big day, they’ll be good and familiar with what they’re supposed to do, but they’ll also associate it with feelings of rescue and relief — something they actually want to do, something that is there to help them, because this is why Jesus came: To help us out of the hole.

Will it work? I have no idea. It’s possible I’m scarring these kids for life. It’s possible we’re having TOO much fun, and they’ll go into the real confessional and start hopping around and baaing like sheep, and the DRE will conveniently forget to ask me to teach again next year.

I did have one concerned parent carefully inquire why his child came home with a crumpled paper sheep that said “KILLING” on it.

But you know, these kids keep coming back. They keep asking questions. They really like being pulled out of a hole. And so do I.  Baaa! 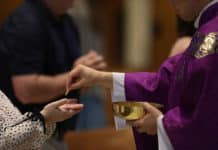 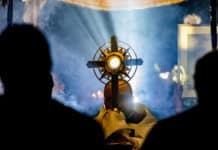 Simcha Fisher: What I learned on Corpus Christi

Conversation with a religious sister

Debbie Cramsie - July 13, 2020
These siblings were ordained priests on the same day, but what drives two young men to give their lives over in service to God...