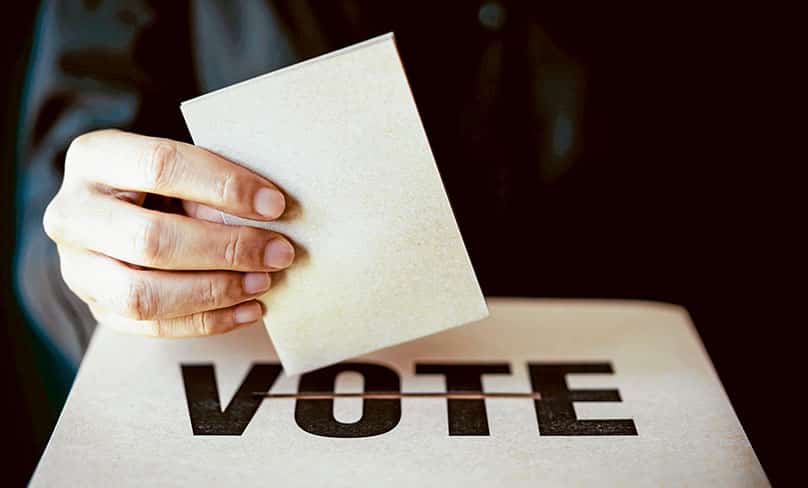 Several pages of last week’s print edition of The Catholic Weekly were dedicated (pages 4-6) to outlining the position of many of the parties seeking your vote at this weekend’s state election on some of the important issues that will face our elected officials in the next parliamentary term.

Although the list of topics addressed by the parties is not exhaustive, it covers issues that we can expect the state parliament to deal with in the next parliamentary term. Many of these matters will have serious implications for Catholics in NSW, and the way we might live out our faith in public.

If we just look at matters of education alone, we know that parliament will soon be asked to decide on changes to anti-discrimination laws, and whether Catholic and other faith-based schools will continue to be allowed to have employment, enrolment and other policies that accord with their ethos.

They will also need to respond to the continuous challenges to funding for Catholic schools, and the activists who argue that taxpayer funds should not go to religious schools, particularly those who insist on operating in accordance with their faith.

For the huge numbers of Catholic students in public schools, pressure will mount on our parliamentarians to scrap the long-standing Special Religious Education program, and to make Safe Schools-type programs compulsory in public and religious schools (as is happening in Ireland right now.)

If we turn to issues of human life, we know that there is a concerted campaign to have abortion decriminalised in NSW, with federal Labor even making a change in NSW law an issue for the federal election.

[Ironically, the “reproductive health strategy” announced by federal Labor last week included funding promises for contraception and abortion, but nothing else. It seems that reproduction itself is excluded from Labor’s definition of “reproductive health” – go figure]

Plus, with Victorian euthanasia laws to come into effect in the coming months, and Western Australia and Queensland poised to follow, the next NSW government will be under pressure to introduce a government-sponsored euthanasia bill into parliament.

On issues of social justice, the housing affordability crisis in Sydney continues to grow, and many renters still live in unstable arrangements. We also need to ensure that the robust anti-slavery moves made last year are maintained and strengthened.

Then there’s the matter of the confessional seal, and whether our priests will face fines and even imprisonment for keeping it inviolable.

And these are only the issues we know about.

Each party was provided with a list of questions related to these topics and invited to directly address Catholics in NSW, via The Catholic Weekly. The responses of some of them are surprising; others are all-too predictable.

For example, the Greens – never ones to disguise their disdain for Catholicism – describe SRE as a form of religious indoctrination with no place in public schools, reject the notion of any government funds for Catholic schools, name the confessional as a place of protection for paedophiles and argue in favour of euthanasia, assisted suicide and abortion.

They also took to social media to mock the questions and even reordered them to misrepresent our focus!

Others, such as the Australian Conservatives and Christian Democratic Party, are clear about their intention to vote against laws that would seek to legalise the killing of humans, at the beginning of their lives or at the end.

None of these parties, nor One Nation or the Shooters, Fishers and Farmers, will win enough seats in the Lower House to form government, but their presence in the Upper House can make all the difference when it comes to proposed laws whose passage through parliament comes down to just a handful of votes.

For example, in November 2017, the euthanasia bill was defeated by 20 votes to 19 votes in the Upper House. Had just one person voted the other way, the result would have been different, and NSW could have become the second state in Australia to enable euthanasia and assisted suicide.

Your vote in both houses of parliament matters a great deal, and so we should consider each vote carefully. It’s okay – and sometimes quite prudent – to vote for different parties in each house.

I’m not going to tell you who to vote for, or even how I’m going to vote. But I encourage you to read through the full set of responses from parties to assist you in making up your own mind.

Voting well is not only our right, it is our duty. And if we don’t exercise our votes with caution in this election, we do so at our own peril, and at the peril of the Catholic community and the common good in NSW more broadly.

Thanks for participating in our Election Poll!