What is the party’s position on the right of religious schools to retain faith-based exemptions from anti-discrimination legislation in relation to staffing, enrolment and policy matters?

A Daley Labor Government will conduct a full review of the NSW Anti Discrimination Act.

The party recognises and supports the importance of employing staff in religious schools that share the belief systems of that school.

We support the ability of religious schools, universities and other religious educational institutions to maintain their protections under anti-discrimination legislation in relation to staff, enrolment and policy matters. We have the strongest commitment to religious freedom out of all the political parties in New South Wales.

For example, our lead Upper House candidate Dr Greg Walsh completed his doctorate on how religious schools should be protected under anti-discrimination legislation. He has also published extensively and delivered many public presentations on religious schools and on the need to protect religious liberty in many other areas. Our strong commitment to religious liberty is also indicated by our Senate candidates including Lyle Shelton, the former Managing Director of Australian Christian Lobby and Sophie York, a national leader for Marriage Alliance, the organisation dedicated to upholding traditional marriage. 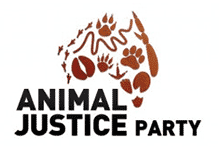 While the Animal Justice Party does not currently hold specific policies relating to this topic, the party does maintain ‘equality’ and ‘rationality’ as two of the key values our policies are based upon. Therefore, the party would support the exemption being properly reviewed, in that we can see fairness in the diocese’s preference to prioritise the employment of teaching staff and the enrolment of students of the Catholic religion, however, we would be concerned about any policies that exempt the diocese from anti-discrimination on the grounds of gender, disability, race, marital status, pregnancy or sexuality.

The health and welfare of our State’s children is the NSW Liberals & Nationals Government’s priority. No child should be made to feel inferior, or inadequate.

The Commonwealth Government has announced that the Australian Law Reform Commission (ALRC) will conduct an inquiry into religious exemptions in anti-discrimination law, including those relating to educational institutions.

The NSW Government will carefully consider any ALRC recommendations, once they become available.

We do not support discrimination of this kind. The Greens will be campaigning to remove exceptions that allow for private educational institutions, religious organisations and small businesses to legally discriminate.
In the meantime, religious school that discriminate against teachers and students based on their sexuality or gender identity should not receive a cent of public funds.

The exemptions should be retained.

The Christian Democratic Party believes that our right to religious freedom deserves to be protected in New South Wales. Ministers, Churches, schools, charities, faith-based organisation such as aged care facilities, and chaplains must be able to continue living out their faith and belief in the public sphere.

On Thursday 24 May 2018, The Rev. The Hon. Fred Nile MLC introduced the Anti-Discrimination (Religious Freedoms) Bill 2018 which aims to prohibit discrimination on the grounds of a person’s religious beliefs or religious activities; to prohibit public authorities and officials from subjecting faith-based entities to detrimental treatment on the ground of faith; does not prohibit chaplains from doing their work.

The Christian Democratic Party believes religious schools have the right to retain faith-based exemptions form anti-discrimination legislation relating to staffing, enrolment and policy matters. We will continue to represent these schools.

Click the arrow below to see the next question >>