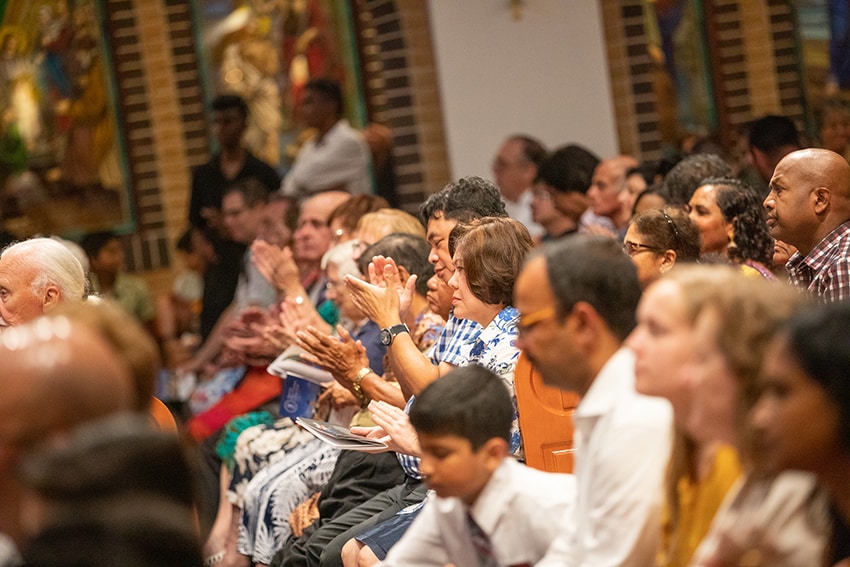 Well, that depends what you mean by ‘worship’

“As an Episcopal Priest. I often feel that the creed disrupts the flow of worship.”

My first impulse was to roll my eyes, and to entertain pointedly un-ecumenical thoughts about Episcopalians. My second impulse was to sheepishly admit that I often feel the exact same way. Not just often, but every day, all the time.

horribly often, I talk a lot about God, and about God-adjacent topics, but all too rarely do I talk to God. Even more rarely do I listen.

But very often, what I call “worship” is a directionless wash of deferred obligations and guilt, empty gestures and fulsome excuses, feeble efforts and purposeless thrashing around, with a little bit of hasty prayer floating around like foam. Yes, even during Mass. Sometimes I can blame the kids for distracting me, but sometimes I do a great job of distracting myself during my one puny weekly hour of “worship.” Does it have a flow? Well, it’s not necessarily stagnant, but that doesn’t mean it’s going anywhere in particular. Half the time, I honestly think I’m worshipping God, but what I’m really thinking about is myself. Half the time, that’s who I’m really worshipping.

But sometimes, I get caught up short by the creed.

The creed stands like a rock in the middle of the river.

“I believe . . . ” No matter how high the water gets, this is unmoving. Sometimes the water flows neatly around it with barely a ripple. Sometimes it crashes up against it violently, and even changes course for a time. And sometimes, when the force of the water is overwhelming, it flows right over the rock. But the rock itself does not change; and if I happen to be carried away by the flow of that river, I’ll be very glad to have something so solid and sure to hold onto. “Credo in unum Deum,” it begins; and everything worthwhile is built on top of that.

It’s fairly easy to get carried away by whatever kind of flow our life is busy with. The agitated flow of busyness, the aimless flow of boredom, the flooding flow of panic, the swirling flow of temptation. But Jesus Christ is the same yesterday, today, and forever, and that unmoving God has planted the rock of his Church, creed and all, for the express purpose of disrupting that flow.

Credo in unum Deum. If the creed disrupts you, then it’s doing its job.