In Australia’s beautiful Garden State, on 18 June 2019, Voluntary Assisted Dying came into operation. Two years ago, VAD was narrowly approved by a conscience vote in Victoria’s State Parliament, with the support of Premier Daniel Andrews.

“Assisted dying” usually means palliative care, which is what all people suffering the pain of terminal illness deserve and should receive. Depression and pain walk together.

A friend who was dying of cancer shared with me his emotions, so I have sympathy for terminal sufferers, deepened by my own emotional struggles during a grave illness 18 years ago. How strange it is to envy the dead.

He recounted his own experience in recent years while suffering from Guillain-Barre syndrome, which brought him close to death, paralysing him and inflicting much pain.

A leading bioethicist, Archbishop Fisher affirmed that “state sponsored killing is not loving”.
Opponents of euthanasia are not callous. We oppose this evil because we believe in compassionate love.

But, with weasel words, “assisted suicide” now becomes “assisted dying”, until we look at what really happens.

In some circumstances, with 68 qualifications and after due process, the doctor will kill on request. He or she will not just provide the means to die, as in Colorado, but will be able to kill someone directly, setting up a drip for those who cannot swallow. Doctors will become agents of “merciful death”, euthanasia, stage one.

But now, with sorrow, I see state-operated killing returning in medical garb with all the rhetoric of compassion. This is why strong reactions to VAD are building up.

In a pastoral letter, the Catholic Bishops of Victoria have called people to become conscientious objectors and to work for the positive alternative, more and better palliative care, set out in an accompanying leaflet We Care.

In a letter signed by representatives of various religions, the Australian Christian Lobby tackles another critical issue, how VAD damages the medical and nursing professions.

My own profession has suffered a loss of trust due to child abuse by criminal clergy. But they were criminals. In Victoria, doctors who help people kill themselves will not be criminals. They will be legally protected state agents of death. But their actions will torpedo much patient trust.

This loss of trust has happened in the Netherlands. I recall the case of an old lady who barricaded herself in her apartment because “the doctor is coming to kill me”.

Euthanasia was the source of her terrifying delusion, and in that country they have moved well beyond euthanasia step one. In Victoria, VAD strikes at the heart of the noble medical profession, from trust, care and healing to legalised killing on request.

The old Hippocratic Oath goes into the shredder: “Neither will I administer a poison to anybody when asked to do so, nor will I suggest such a course.” So our doctors are not happy about VAD.

As The Catholic Weekly (16 June) reported, there is a great reluctance among doctors to sign up for their new “role”.

Nevertheless, the meticulously state-planned VAD project has chosen some transparency, with training provided for those doctors who are prepared to facilitate suicide at the request of the terminally ill.

“Pathways” across the state are set out on a map so, with the help of “navigators”, anyone who suffers in what may be their last months can have access to VAD through public hospitals.

Catholic Health has made it clear that Catholic hospitals will not provide euthanasia. Major bases are the Alfred Hospital and the Peter McCallum Clinic, to the surprise and horror of some who work in these respected institutions.

As for the hospital-based pharmacy, whatever poison is chosen to be administered is merely “medication” or as they are saying, “a drug”!

Transparency also vanishes when it comes to recording doctor-assisted suicides. Those details will be covered up.

A further social issue arises in the real world. Why try to counsel young people not to take their own lives when any terminally ill person who is suffering and depressed can request death? Or is lethal assistance primarily for old people?

Am I missing something, or is “ageism” also lurking here? So should the excellent projects Beyond Blue and Lifeline also be terminated after 19 June?

To describe suicide as “dying with dignity” is also absurd. Suicide is always a tragic act.

However, from Belgium we hear that the act of euthanasia suicide is true “autonomy”, a free act affirming the absolute independence of the individual.

Autonomy is another sinister myth of post-modern ideology. Suicide affects other people, sometimes many people. No one is an island. There is no autonomy.

We are all interrelated, especially in a family, and from pastoral experience I have seen that this is where someone’s suicide wounds other people leaving searing memories, sorrow and anger.

Nor should we romanticise suicide – Romeo and Juliet? But then there is that grim trio of suicides, the criminals who ran Aktion T4, the worst state-operated euthanasia: Hitler, Goering and Himmler.

Nor may we compare the lethal drink to the hemlock that the noble Socrates drank. He was forced to commit suicide, state-directed capital punishment. This is why the pro-euthanasia “Hemlock Society” is ignorantly misnamed.

However, the whole issue boils down to the human person, to the crucial questions: “Who am I? What am I?”

If I am merely a clever animal it may make sense to end deep pain by being “put to sleep”, which also happens to be the first effect of Victoria’s lethal drink. 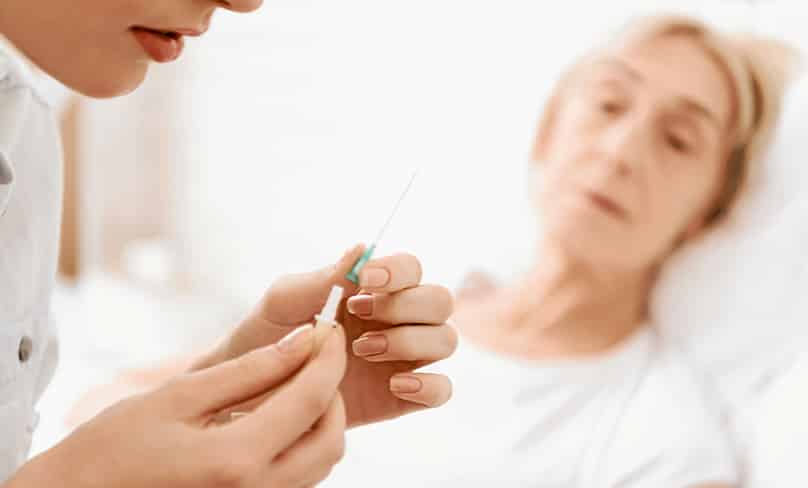 If, on the other hand, I am a unique human being within a divinely created order with a meaning in my life, then I have an innate right to life.

At whatever stage of life I exist, I have innate dignity. But I am responsible to a personal Creator who has wisely decreed, “Thou shalt not kill!”

Here an obvious fact emerges, that “people of faith” are the main opponents of euthanasia.

After a surprising federal election, it is clear that all these little “people of faith” can no longer be ignored, racially compartmentalised as “ethnics” or dismissed as social conservatives. Nor will we be patronised, for we are on the move.

Another political aspect has been revealed. Defending VAD, the Victorian Minister for Health proudly asserted that “we’re on the right side of history”. That Marxist jargon reminded me of my Communist uncle ranting away years ago.

How interesting! His cause did not turn out to be “on the side of history”.

Nor, do I believe and hope, will the squalid euthanasia projects operating in the politically correct societies, that are now steadily descending into the sweet tyranny of “authoritarian democracies”.

In spite of finely worked-out details, this project was not thought through. But what about those 68 conditions? Hedging the act of death in with all those qualifications gives the game away, as doctors have observed. This is very dangerous. The inevitable dangers are abuse, exploitation and contrived murders.

Yet we hear that this is but step one into a euthanasia culture as envisaged clearly by Dr. Nitschke. If qualifications fall, one by one, so we may enter the deathly hollows of those euthanasia “death stars”, the Netherlands and Belgium.

Then there is that third slogan, “Stay Alert! Stay Alive!” In due course, that may come to take on a whole new meaning. Oh, Victoria.