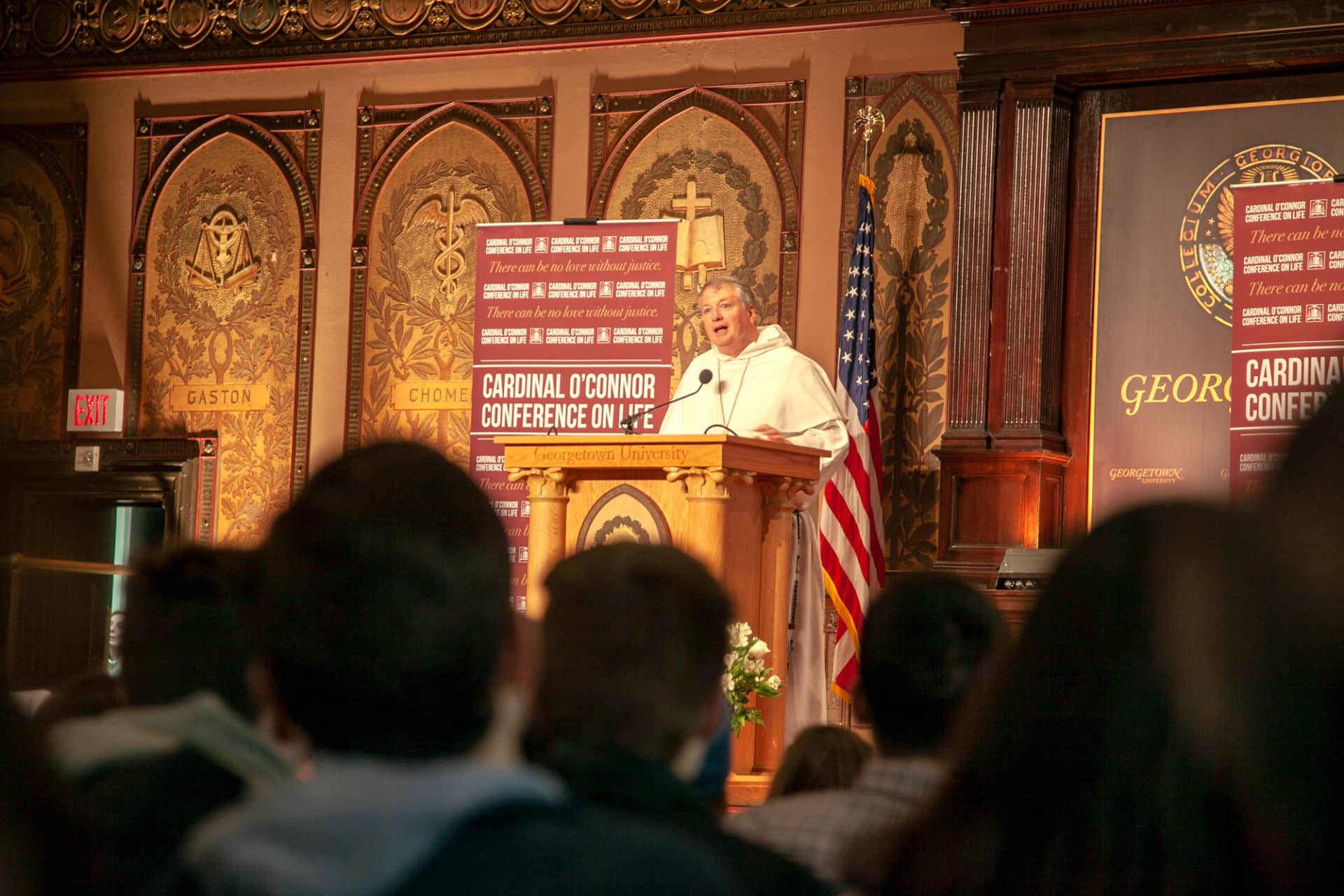 Euthanasia laws in Europe have shown the danger of bracket creep claiming far more lives, including those of babies and children, than originally intended warned the Archbishop of Sydney, Anthony Fisher OP.

Addressing the largest pro-life student conference in the United States, Archbishop Fisher said Australian policy-makers needed to carefully consider what has happened in other countries before introducing euthanasia here.

He cited examples in Holland and Belgium where laws were originally intended only at adults, but were expanded over time to also cover new-borns and children.

“Bracket creep is built into the very logic of euthanasia. Once we start deciding death is in the best interests of some people, then of course there’ll be others in the line”, Archbishop Fisher said.

“That’s exactly what’s happened in Holland and Belgium. The Dutch introduced voluntary euthanasia for adults in the 1980s and 1990s, but by the 2000s, it allowed non-voluntary euthanasia for new borns. What was supposed to be the extreme cases of unrelievable suffering is now the standard way of dying for 5000 people in the Netherlands every year.”

The Archbishop was speaking at the historic Georgetown University, where the conference is aimed at informing and inspiring university students who travel to Washington DC for the March for Life. He was joined by Sydney Catholic Youth on their way to World Youth Day in Panama.

The conference is named after former New York Archbishop, Cardinal John O’Connor, who is recognized as a champion for the pro-life cause and who founded the Sisters of Life in 1991, a US-based religious order that has attracted a number of Australian vocations.

Archbishop Fisher told the conference, he is deeply concerned over what could happen in Australia through euthanasia reform.

“The New Yorker reports instances of euthanasia in the Netherlands and Belgium for people not with terminal illnesses but with autism, anorexia, chronic fatigue or depression; one was a woman who didn’t want to live in a nursing home, another feared losing her sight and a third was dissatisfied with a sex-change operation. Several were just ‘tired of life’, the Archbishop added.

Archbishop Fisher delivered two workshops at the conference on the topic of “Choosing Life for the Dying”. In his workshops, Archbishop Fisher addressed common arguments in favour of euthanasia, including those which suggest that it is a decision based on autonomy and choice.

“We don’t normally think autonomy is absolute. If a drug addict asks us for money for a fix, we will rightly resist that request: there are better ways to help. Some choices contradict fundamental moral principles, and should not be valorized just because they are freely chosen,”, he said.

A panel discussion featuring historian Daniel Williams, papal biographer George Weigel, March for Life organiser Jeanne Mancini, lawyer Steven H. Aden and EWTN presenter Catherine Hadro echoed the call to the young people to stand up for life by influencing those around them.

“Political gains will only be lasting if they are preceded by cultural change,” said Aden.

George Weigel told the young people that Saint John Paul II had great confidence in young people to live lives of heroic virtue.  He commented that “all of us when we’re young want to reach for something great; we want to lead a life of consequence” and said that St John Paul II’s message to young people was to never settle, and to not lower the bar.

“We’re all called, by the grace of God, to do something great and the grace of God makes that possible for all of us and that summons to heroism was part of his attraction to young people,” said Weigel.