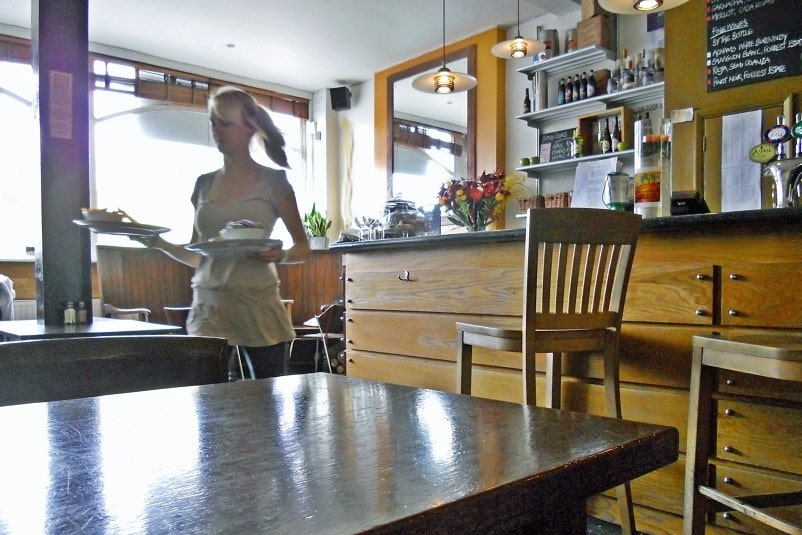 You don’t create prosperity by paying the lowest paid workers even less, yet this is exactly what the Fair Work Commission has decided to do.

By cutting penalty rates on Sundays and public holidays for retail, fast food, pharmacy and hospitality workers, the Commission has hit some of the lowest paid workers in Australia. Those who’ve campaigned for reduced weekend wages say it will create more jobs, but there’s little hard evidence to support this. Even the Fair Work Commission itself indicated it had made the decision more in hope than certitude.

What we can be sure of, though, is that somewhere between 300,000 to 450,000 people will soon be getting less money for doing the same work. This decision appears to treat them as a means to an economic end. We’re told if we pay people less there’ll be more money with which to hire extra staff who will then spend their newfound wages in the shops. But the theory has too many holes in it to be taken at face value.

There are plenty of low wage economies mired in an endless cycle of poverty, primarily because a thriving middle class has never taken hold or has been undermined by the low wage mantra of high wage experts. Social and economic mobility rely on the existence of a thriving middle class that spends its income on all sorts of goods, services, innovations and ventures.

You need look no further than the United States of America to see the hollowing out of the middle class and the drastic gap between its lowest paid and highest paid workers. In the US, 58.3 million workers currently earn under $15 an hour and in 2013, 50% of working adults made less than $28,000 a year. It’s not then surprising that US wage growth has stagnated since the 1970s.

For more than 40 years, the US has stuck to a low minimum wage economy for the very same reason given by our Fair Work Commission to cut penalty rates – to create more jobs. But what it created was poorly paid jobs and welfare dependent workers. Entire communities have abandoned all hope of social mobility and a better life.

One common justification of cutting penalty rates is that we now live in a 24/7 economy, in which days and nights are all the same. But this simply isn’t true.

The stock exchange doesn’t run on weekends nor do banks, law firms, large corporations or accountancy firms. And yet at least some leaders from these highly paid professions insist we treat weekends and public holidays like any other day when it comes to the lowest paid among us.

While the Fair Work Commission’s decision was confined to retail and hospitality industries, it won’t be long before nurses, doctors, police, firefighters and ambulance officers will be asked to justify their penalty rates.

There’s a deeper argument here about family and community that gets lost in the economic debate. It’s an argument about connecting with each other and rediscovering what it is to be part of a society, not just an economy. We are, after all, social creatures.

It’s important for us to be together, not apart: to join as a faith community in worship; to visit an elderly relative or friend with other family and friends; to watch our sons or granddaughters play sport on the weekend.

These simple moments of grace connect us to each other and to who we really are. They are important social rituals that should be available to everyone, not just those who can afford to say no to weekend work.

I hope at least some employers will choose not to adopt the Commission’s recommendations to cut penalty rates. But if they do, I’ll be extra conscious of the job being done by staff at my local café on a Sunday morning. And once I’ve finished my coffee and eggs, you can be sure I won’t simply be leaving a tip, I’ll be leaving a top-up.