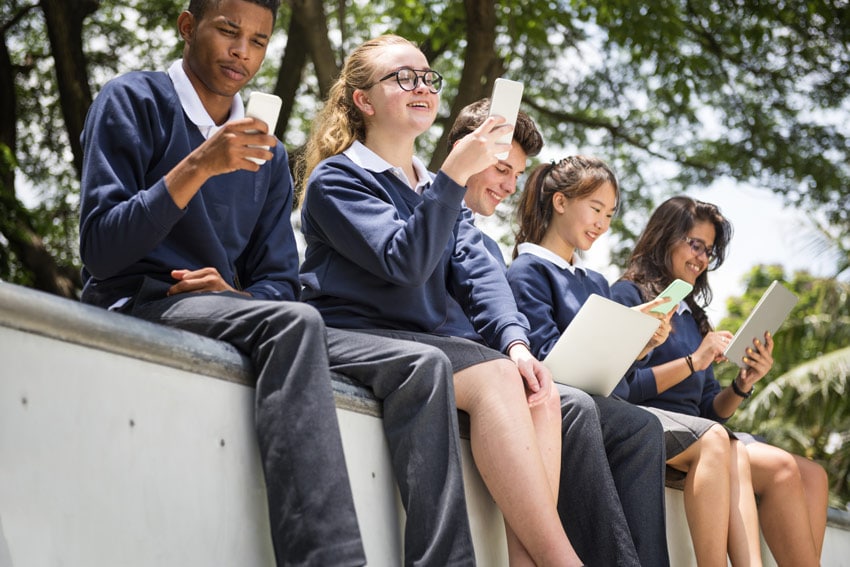 Recent weeks have seen the debate over smartphones in schools intensified with calls to ban them in Australian classrooms.

More and more schools are electing to go ahead and implement their own school-wide mobile phone limits or bans. Sydney Catholic Schools set their own policies on mobile devices with most limiting their use in the classroom, while Domremy College in Five Dock has a much-publicised ban on student mobile phone use between 8.40-3.05pm.

So what has prompted a growing number of schools to take this move?

One reason would have to be the experience of some teachers who are trying to facilitate learning in the classroom.

Finbarr McCarthy, a public school teacher, wrote this month about his frustration with students distracted by their mobile phones in class.

His very interesting two-step solution to the problem “struck a nerve” early this month and got his own phone ringing with calls from media for more.

“I really believe we have a crisis in mobile phones in education, particularly in high schools where students should actually be there and not elsewhere like on a Facebook page,” he said.

“I feel very strongly about it and it’s a hill that I’m willing to die on.”

Here is his article:

The zombie apocalypse has arrived in NSW schools

Every single teacher reading this knows smartphones in classrooms are dumbphones. There isn’t a teenager or primary school kid in the world who can resist the temptation to react to the flashing, beeping and ringing of a pocketed phone. Non-teachers have no idea how important it is to kids to know that Khloe Kardashian has a pimple on her butt and is concerned about it.

Or that some 16-year-old YouTuber has posted another inane update about yet another inconsequential factoid.

The NSW Minister for Education Rob Stokes has announced an inquiry into smart phones in classrooms and released its terms of reference. Minister, there is no need for an inquiry; I can solve the problem immediately by offering a simple solution that will appeal to teachers all over the world. Hey, rather than lagging behind the Finns, maybe we could show them a thing or two about Australian-style education leadership. 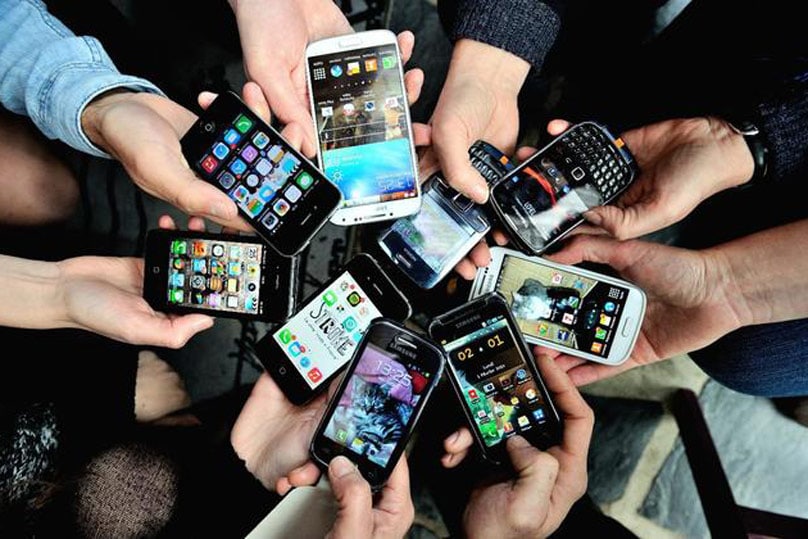 Here is my two-step solution:

1. Issue each NSW teacher with a mallet and several plastic bags (recyclable, of course). Any mobile phone seen in any classroom can be placed in the bag and transformed into thousands and thousands of tiny, little pieces so it can never ever ring, beep or flash again. Return to student.

2. Repeat as necessary until classroom becomes a mobile phone-free zone and zombie apocalypse is defeated.
Each teacher would only have to smash one or two phones at most – pour encourager les outres. I confidently predict the problem would go away – immediately and as long as the mallet was in a prominent place in the classroom.

Here’s the thing; mobile phones are destroying kids’ classroom learning experiences. Not only do they distract their owners; they distract everybody else. They cost a fortune to buy and operate. They cost schools a fortune in executive time dealing with the abuse, the cyber bullying, the exam cheating and their attention-span smashing effects.

Minister, if you only ever issued one direction to students and their parents it is this; Leave your mobile phones at home when you come to school (in the bag Mr McCarthy gave you). Lol.

6 risks of allowing use of phones in the classroom:

Perimeter Guardian offers a less passionate explanation of the risks of smartphones in classrooms.

1. The various sounds of mobile phones can disrupt the teaching or learning occurring in the classroom. Alerts and notifications received can be distracting.

2. Access to a small mobile device in class makes the potential for cheating by students during tests and exams much easier, especially given all smart phones have Internet access.

3. If there is a serious crisis or a largescale emergency, extensive and widespread mobile phone use can clog the system, potentially blocking essential communication such as emergency services.

4. Given bullying can come in the form of aggressive or harassing text messages or other social media communications, a moratorium on mobile phones at least in the classroom can give victims of this type of bullying some reprieve.

5. The full effects of screen overuse on teenagers’ developing eyes is still uncertain, not to mention the potential for screen addiction.

6. It is widely accepted that those of younger generations need better guidance in face to face communication, so eradicating one of the only opportunities for social media-free time for young people could be crucial to this end.