On a cold, bright late Winter morning today Archbishop Anthony Fisher OP filed into St Mary’s Cathedral in Sydney accompanied by 138 priests; by the time he processed out, that number had grown to 145.

As Sydneysiders strolled through Hyde Park’s leafy, picturesque grounds just across the road, and with the sound of an outdoors rock band thumping faintly in the background, one of the Church’s most ancient ceremonies played itself out over the next two and a half hours.

St Mary’s was filled to overflowing with well-over 2000 people as the Archbishop ordained seven men to the priesthood: four from the Seminary of the Good Shepherd in Homebush, two from the Archdiocesan Redemptoris Mater Seminary in Chester Hill and the seventh a member of the Dominican Order, of which Archbishop Fisher is also a member.

It seemed as if half of Sydney had turned up for one of the largest ordinations seen in years.

At 9.30am, an hour before the ceremony was set to commence, the Cathedral was already packed. Just half an hour later, hundreds were left standing in aisles and leaning against the towering neo-Gothic sandstone walls and columns of the cathedral, sitting out of sight behind the high altar or in the Cathedral Crypt where they later followed the ceremony on television.

Good-natured members of the congregation who had arrived early found themselves sacrificing seats to the elderly and infirm filtering in as the cathedral accommodated one of the largest crowds it has seen in years.

Meanwhile, the seven presented to the Archbishop to be ordained seemed more like a quickly-assembled committee of the United Nations – illustrating, in their own way, the changing nature of the face of the Church in Sydney and around Australia.

“Today,” Archbishop Fisher noted in his homily, “I am pleased to be ordaining men of Australian, Canadian, Chinese, Dominican, Irish, Korean, Lebanese, Malaysian and Mexican backgrounds … and,” he quipped, “most exotic of all, one from Brisbane.”

Deacons Jang, Murphy, Maree and Chow pursued their studies through Good Shepherd Seminary. Deacons Carrasco and Campos offered themselves for the priesthood in their own countries and were sent to the Neocatechumenal Seminary in Chester Hill. Deacon Loh is a member of the Dominican Order.

Like those waiting to be ordained, the diverse congregation ranging from the very young to the very old and seemingly representing every major ethnic group in the country only added to the festive atmosphere.

Meanwhile, in an ancient ceremony stretching back to the beginnings of the Church, each of the candidates was presented to Archbishop Fisher, as their formators publically attested that each had been scrutinised and found worthy of the office of Priest.

The occasion was auspicious, in every way a celebration of the priesthood. Today is the Feast of St Dominic, founder of the Dominican Order of which both Archbishop Fisher and newly-ordained Fr William Loh are members.

In early 13th Century Europe, Archbishop Fisher told the congregation in his homily, the Church had already sounded the alarm bell about the low standard of priestly formation, preaching and teaching that often saw priests ordained as mere distributors of sacraments. Often, clergy were poorly educated in theology and rhetoric and rarely expected to preach.

That situation left the baptised faithful prey to all sorts of non or anti-Christian ideas and practices; an intellectually well-formed priesthood was a vital part of the answer, one that could proclaim the Gospel with conviction for the time, he said.

The Dominican Order was a key part of the Church’s response. St Dominic and his band of mendicant preachers united by a passion for contemplating truth and passing on the fruits to others were to have a redefining effect on the priesthood as a vital force in evangelisation.

“what an extraordinary privilege it is to be a voice for the Gospel!”

“My sons, brothers and soon fathers, Miguel, Will, John, Br William, Ronnie, Joe and Moises: what an extraordinary privilege it is to be a voice for the Gospel!” Archbishop Fisher said, “to express the eternal Word dwelling with the Father in the words of men.

“What a grace to unite the tables of the Word and of the Eucharist. To proclaim the kerygma through the cycle of feasts and readings. To open up the sacred text and relate it to people’s daily lives. To teach and catechise in other ways too. Today I welcome you to that order of preachers that are the presbyters.”

As the seven candidates lay prostrate before the high altar of St Mary’s, 2000-plus voices almost lifted the roof of the cathedral seeking the intercession of the saints as the Litany of Supplication was chanted.

Then came the moment the congregation had been waiting to see all morning as each deacon came forward and knelt in front of Archbishop Fisher. Laying hands on each, he then prayed the Prayer of Ordination over the whole group.

Sydney’s clergy then came forward to pray, one by one – over and for – their new brothers in the priesthood.

A short while later, emotional scenes broke out as each new priest was then vested in stole and chasuble – special vestments reserved for priests – by family members or fellow clergy and embraced.

The hands that would consecrate the Eucharist, impart blessings, absolve sins in the confessional, baptise new Christians and anoint the sick and dying were then anointed individually by Archbishop Fisher.

Archbishop Fisher was clearly delighted by the occasion. In his welcome he apologised for not having had enough time to accommodate Deacon Maree’s hordes of Lebanese relatives arriving from Bankstown or Lebanon by building a bigger cathedral.

Concluding the Mass he confessed that for days he had been like a child counting down the sleeps to Christmas; with the seven new priests he felt as if he had received seven “grand Christmas presents” at once.

It was an important moment for Sydney’s priests as well.

Thanking those who were present for their love and encouragement of their priests, the Archbishop turned to clergy who had participated in the morning’s ceremonies.

As the newly-ordained processed out with fellow clergy before giving their first blessings, wild cheers broke out throughout the thronging crowds.

In a horror week for Christians and Catholics that saw Premier Gladys Berejiklian clear the way through State Parliament to enable laws declaring open season on the state’s unborn children, with some critics charging the parliament was becoming a house of death, St Mary’s Cathedral was exploding with joy – and life.

The contrast couldn’t have been clearer.

NSW: pull back from euthanasia’s precipice! 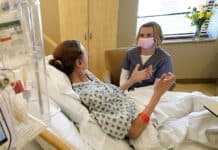 Euthanasia cannot be made safe 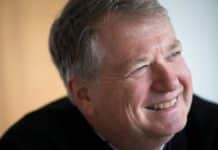 A lethal jab is not the answer to suffering

Catholic News Service - December 8, 2021
In the third volume of his prison diaries, Cardinal Pell reveals the insights he gained into suffering Cardinal George Pell, jailed for more than a year...