“After Cardinal Pell was found guilty of sex offences my son, a university student who has been brought up in the faith and has always practised it, said that he wants to have nothing to do with the Church. What do I tell him?”

The conviction of Cardinal Pell was indeed a shock to everyone. It reverberated around the world. And why wouldn’t it?

Here was a great warrior for the faith, a Cardinal no less, who had been Archbishop of two major cities in Australia before working in a very senior post in the Vatican, suddenly found guilty of serious sex offences.

What do we make of it? The conviction of someone of a serious offence by a jury is understandably taken as proof of guilt, with all the reactions we have seen, ranging from disbelief to condemnation of the Church as morally bankrupt. But we have to be careful.

Many articles by a variety of writers, both Catholic and non-Catholic, have questioned the verdict.

They have looked at the allegations against the Cardinal and questioned how, given the circumstances, he could ever have done what he was alleged to have done.

I join them. I have worked under Cardinal Pell for 13 years, four of them in Melbourne where I concelebrated Mass with him in St Patrick’s Cathedral, where the offences were alleged to have been committed, and nine more in Sydney.

I know him very well. He is a man of God who has done a tremendous amount of good for the Church in Australia and in the world.

He oversaw changes in the seminaries of both Melbourne and Sydney which led to outstanding young men being ordained to the priesthood.

He put in place university chaplaincies which have seen large number of students learning and promoting the Catholic faith, often against fierce opposition.

He gave the Church the To Know, Worship and Love religious texts, which teach the faith in a systematic and faithful way.

He set in place the Melbourne Response to deal with sexual abuse cases. And in 2008 he brought to Australia World Youth Day, which has given new life to the youth of this country.

On the level of the universal Church, he has been a member of several Congregations of the Roman Curia and of Pope Francis’ Council of Cardinal Advisors, he was Prefect of the Holy See’s Secretariat for the Economy and he was a member of the College of Cardinals entrusted, among other things, with the election of the Pope.

For the time being the enemies of the Church have succeeded and they have poured abuse on him as if he were the worst of criminals. But the Cardinal has always protested his innocence, expressing his abhorrence of any sexual abuse of young people.

Knowing him as I do, I have no hesitation in believing him. What is more, his legal team is appealing against the conviction.

Therefore, we should come to no conclusions about his guilt until the appeal process is finished.

But even if the appeal were unsuccessful, this should not turn anyone off the Church. The Church was founded 2000 years ago by Jesus Christ, the very Son of God.

Throughout its existence it has undergone persecution after persecution and trial after trial, most recently the sexual abuse scandal, and the Church is still here.

It has taken the faith to every country in the world, giving rise to flourishing communities and producing everywhere true saints, many hundreds of them canonised, including in our own day.

It has preserved Christian culture and fostered the growth of science, giving rise to a wealth of philosophical, theological and secular writings.

It has created schools, universities, hospitals and organisations to help the poor.

We should not turn our back on the Church for the scandalous behaviour of some.

Rather we should give thanks to God for the faithfulness of the immense majority and pray very much for them. And of course pray for the far too many victims of sexual abuse. 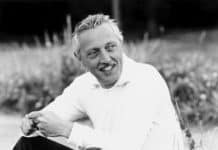