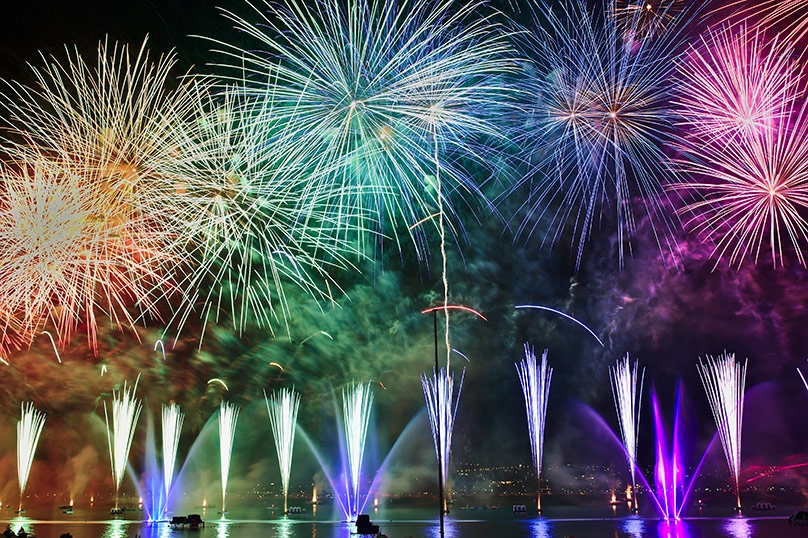 I did not have the benefit of a Catholic, or even Christian, upbringing. December was ‘the Christmas season’, not Advent. Then Christmas came; a wonderful time which was (as Linus in A Charlie Brown Christmas reminded me) about the birth of Jesus Christ. Jesus was a figure in the Bible who had long hair and a beard and, other than his being born I was not at all clear on why He mattered.

My impression was of someone august and fearful and I took away from Sunday school the conviction that you should not say his name out loud. Not great biblical formation but, if the fear of the Lord is the beginning of wisdom, not 100 percent bad either.

Christmas was not fearful. I have loved it all my life. I love the whole thing. But as a child, the whole thing ended at midnight on Christmas Day. No 12 days of Christmas in the Shea home. Sure, there was vacation from school until January 2. But then that was it. No more Christmasiness! Because of that, I grew up with nothing but negative emotional associations with New Year’s. As a kid, New Year’s Day meant nothing but the bleak fact that everything fun was about to die and a long period of homework and bleak rainy days lay ahead for months.

As I got older New Year’s Eve came to mean parties I was not invited to, watching TV shows about everybody getting drunk and throwing up, and dreary sleaze from bad comedians on Carson. This year, we had hopes to have folks over on New Year’s Eve afternoon. Just a gathering of some friends to give the year a quiet send-off.
Until I started feeling funny and, after that, awful.

I’ll spare you the gory details, but it effectively meant that my primary resolution in this celestial and liturgical hour of rebirth and celebration of the glories of Our Lady was simply to find the will to not beg for the sweet release of death. It was what medical professionals call “gross”.

And yet, I’m grateful for it for several reasons.  First, it’s as fine an image as you can ask for of the truth of our human predicament since the Fall.
Just as I entered the symbolic beginning of life dead-dog sick on January 1, 2018, so we all enter life “dead in trespasses and sins” (Ephesians 2:1).  I know. What a bummer. Catholics are sooooo gloomy. We need to get rid of this original sin jazz and put in happy stuff instead, right? Not so much as you might think. When I go to the doctor for a diagnosis of the weird pain in my chest I don’t want him to affirm me in my okayness. I want him to tell me what’s wrong and how to fix it.

Original sin is what’s wrong with us. Once we know that we can get on to treating the disease. What’s gloomy is the thing itself, not putting a name to it.  And when you get what it is, you wind up saying, “But I already thought that anyway.”

Now there’s nothing wrong with trying self-improvement and we can get better at some things.  But the absolutely universal experience of the whole human race throughout all of time, space and eternity is that sooner or later that project breaks down. Usually it breaks down in small ways, sometimes in big ones, but always in some way.  And when you push really hard against it, eat right, stay fit, get plenty of exercise and do your very best… you start to discover deep, tectonic plates in the soul where there are giant, broken and misaligned things grinding and smashing parts of your heart and soul in painful ways.

None of that is bad. Indeed, that’s all very good because it is leading to a discovery—or rediscovery—of something you also likely believe if it is proposed to you in some other context.  Consider this:

“Hear me, all of you, and understand: there is nothing outside a man which by going into him can defile him; but the things which come out of a man are what defile him.”
And when he had entered the house, and left the people, his disciples asked him about the parable.
And he said to them, “Then are you also without understanding? Do you not see that whatever goes into a man from outside cannot defile him, since it enters, not his heart but his stomach, and so passes on?” (Thus he declared all foods clean.)
And he said, “What comes out of a man is what defiles a man. For from within, out of the heart of man, come evil thoughts, fornication, theft, murder, adultery, coveting, wickedness, deceit, licentiousness, envy, slander, pride, foolishness. All these evil things come from within, and they defile a man.” (Mk 7:14–23)

But realise that in saying that, you just acknowledged that you sin because you are a sinner. In other words, we do broken things because we are broken people. There is something wrong with us. Something that afflicts us in our very origins, like a spiritual birth defect in our DNA. That’s what Jesus means when he says sin comes from the heart: our hearts are broken and we were born that way. That’s why perky counsels to buck up and think happy thoughts and just try harder, while they certainly have a real place in life, are never going to do the whole job any more than diet and exercise (while obviously good things) cannot take the place of medicine and treatment when we suffer from diabetes, heart disease, stroke, and gout.

This is why Jesus, though he is certainly an example for us, is not merely an example and the attempt to reduce him to one is doomed. A man with two broken legs does not need a running coach. He needs healed legs. Jesus came to give us something we lack because we were born without it: the life of the Blessed Trinity.

Original sin is a bit like blindness. It’s not a thing, but it’s still real. Blindness is not a thing; it’s a lack of something. Original sin is the same way. It’s the hole in our heart where God should be—and is not. It’s what St Augustine was talking about when he said, “You have made us for yourself, O Lord, and our hearts are restless till they rest I thee.” That’s why the Son of God became human: not merely to be a model but to fill the hole in our heart with himself.  The Solemnity—and the flu—reminded me of that.

Another thing I appreciated about starting out sick on the Solemnity of Mary, Mother of God was the recollection of my own Mom (and my dear good wife), who nursed me when I was sick and the realisation that Mary must have done the same for Jesus, who was like us in all things but sin and so must have had his share of colds, flu, and gunk. No sin in that. And part of the woes and sufferings it was his part to bear and hers, as Mom, to bear with him.  Doubtless, Joseph and Jesus looked after Mary when she came down with the occasional crud as well.  It is part of the round robin of charity in the family that different members look after each other when they can’t do it themselves.

Finally, the great good news about starting out the year sick as a dog is that I got well and feel great now. Of course, sooner or later, it’s quite possible that some future flu will kill me. Or if not that, then something else. Odds are good I won’t be here 40 years from now and odds are dead certain I won’t be here forever.

But the ultimate message of the Solemnity of Mary, Mother of God is that all these little dyings and risings, this whole business of falling sick and then jumping up on that first day when you feel really well again, is one of zillion dress rehearsals for That Great Day when the blessed in Christ will all jump up feeling like a million bucks as the dead are raised in glory like Christ on Easter.