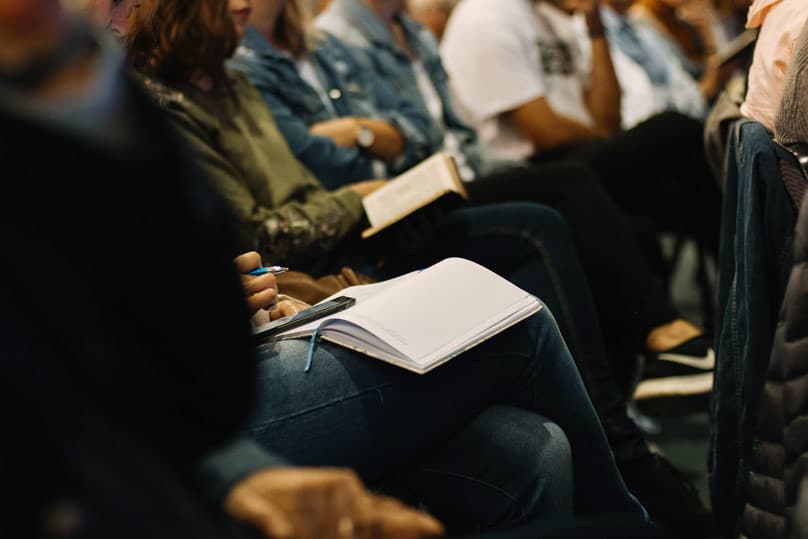 One of the joys of being a theologian is getting to know gifted theologians from non-Catholic traditions, whether Orthodox or Protestant.

One of those I know lectures at Hillsong College, a Pentecostal college which runs theology courses for undergraduate and postgraduate students. At the invitation of this friend, I gave a guest lecture for a political theology course and led a class on Catholic conceptions of justice, framing the lecture around Aquinas’ conception of justice as one of the cardinal virtues.

When I told Catholic friends about this, the overarching narrative was set in terms of a great crusade to convert the errant. At the risk of causing scandal, I didn’t find this particularly helpful, since it reduced the craft of teaching to a combative pitting of one series of theological positions against another.

While teaching may feel like that sometimes, deliberately adopting this as an approach neither fulfils the ends of teaching nor treats teaching as a craft which encompasses many facets and involves the entire persons of both those teaching and those being taught.

Instead, I saw this as an experiment in one of the seven spiritual works of mercy – instructing the ignorant.

This is different to converting the errant because the object of the works of mercy constitute those in the Church as well as those outside of it. The ignorant can just as easily be Catholic as non-Catholic.

Catholic or not, we are all in some way, shape or form, ignorant until Christ comes again.

Meanwhile, teaching through the lens of the works of mercy reminds  me that, as the Second Vatican Council’s Dogmatic Constitution of the Church teaches, my Pentecostal students are already related to me by a common baptism.

What I am doing as a teacher with these students, therefore, is no different from what I used to do with Catholic students, namely to join them in immersing ourselves deeper into the mystery of Christ into which we are baptised.

Realising this helped inform my experience of teaching for the first time in an educational institution in the pentecostal tradition.

The first thing I made an effort to notice was those who made up the staff.

Behind the very commercial exterior (the college is located in a commercial park in Sydney’s hills district), I met students and staff who hailed from a variety of backgrounds – from Asia, Scandinavia, Africa, the Americas and the Carribean.

All shared a common love of Christ, made evident by the large and very audible attendance at the afternoon Chapel service.

The staff I met greeted me warmly and, once I connected with my academic friends, we made our way to class.

The students, by and large, constituted that special breed of student close to a lecturer’s heart, the type that not only do not know, but know that they do not know and want to dive deeper into the tradition of which they are a part.

This meant that there were no barriers to teaching.

What was remarkable was not the fact that they had just an introductory knowledge of Aristotle, Augustine or Aquinas, but that the basic precepts of each were so quickly understood and enthusiastically received.

I lost count of the number of times when you could almost hear the penny drop when students realised that Aristotle’s metaphysics and Augustine’s theological anthropology were not archaic and distant musings, but truths that were still communicating something about themselves. This was a point that became especially evident when I attempted to show the theological connections between these figures and the more contemporary magisterial statements of Pope Francis such as Laudato Si’.

Equally satisfying were the questions that showed not only an understanding of the basics, but a desire to probe deeper when the theory did not seem to square up with the historical or biblical evidence.

At one point, when I spoke about virtue as a habit of desire, a question was raised about the corruption of that desire. I was going to cover that point in the second half of the lecture, but the fact that this student anticipated its exploration showed she was already grappling with the material already taught.

However, our time soon came to an end, and after a vocal collective thank you, the students had to head to other classes.

On my way out, I met a lecturer who, discovering I am Catholic, pulled out his phone and asked a few questions about a newly downloaded Universalis app for the Liturgy of the Hours.

He told me he was still learning to pray them together with his pregnant wife and soon-to-be-born child. After giving a few pointers, I hailed a cab went home.

Rather than pitting one position against another, we spent two hours together plumbing a continual thread of thought spanning over two millenia – and we had fun doing it.

I realised that teaching is not only about positions, but the persons behind those positions. It is a personal encounter, not only with the teachings of Catholicism, but of the person that give flesh to the Catholic faith.

By the same token I, as teacher was reminded that the faith is not a placard to wave in another’s face, but as something that speaks to the deepest longings of all who encounter the faith.

This happens because, ultimately, I the teacher have the responsibility of immersing them deeper into the faith and ensuring that the student encounters Christ who knows and fulfils their deepest desires.