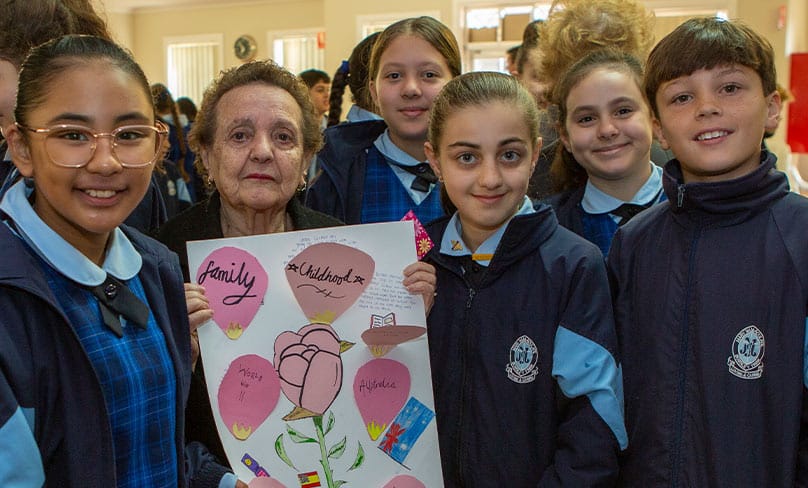 Despite there being almost 75 years between them, Annika Espiritu and Elveara Falchi both share the love of a good story.

And in telling hers, Elveara developed an unlikely yet life-long friendship with the Year 5 student from Mary Immaculate Primary School at Bossley Park who was part of a pilot program where students documented the lives of the residents of the SWIAA Retirement Village.

The program was introduced as part of their history studies and involved the students spending a couple of months hearing about the residents lives and then presenting each one with a book featuring their life story.

From time to time some of the residents nodded off, interrupted or lost track of what they were talking about, however the young historians unanimously agreed it was a life-changing experience. Not only did they discover a newfound respect for the elderly but also for listening.

Ten-year-old Annika said she was amazed at the stories her 84-year-old friend told, hearing about world events including surviving wars, and even the introduction of television which she had only ever heard about in books.

She said through her taking the time with the more experienced resident, she learnt some life lessons she wasn’t expecting.

“I learned from her that we can do what our passion is even though you might face some problems,” she said.

“That you can’t stop doing what you love and to never give up.

“I also learned about her family tree, the events in her life and about how she grew up which enabled me to see her personality and know her as a person. 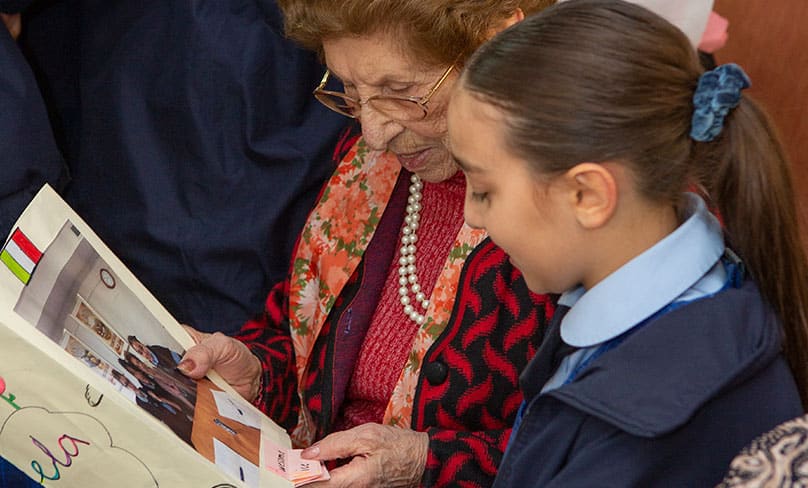 “She is so inspiring and has even survived a war. She was very kind and friendly and I hope we will always be friends.”

Teacher Kareena Starr initiated the idea to give the students the opportunity to brighten the life of others but to learn the value of listening.

And she said she couldn’t have believed how much both the students and the residents learnt from the exercise.

She said the students now had the utmost respect for the elderly and have realised the importance of being good listeners.

They were also surprised to learn that despite the age gap and the differences in their lives there are many common factors like the importance of family, hard work, love, mutual respect and perseverance.

“We were looking for opportunities for students to learn through respectful relationships – active engagement with the elderly and wanted to create an educational setting that emphasised caring, community, and connecting with others while brightening somebody’s life so we thought a nursing home would be a great place,” she said.

“And while the students were apprehensive at the beginning, once they starting having interesting conversations, real friendships started to develop and strong bonds forged.

“The students were taken back by how much the residents looked forward to their visits. They did not expect this type of friendship to grow so fast. 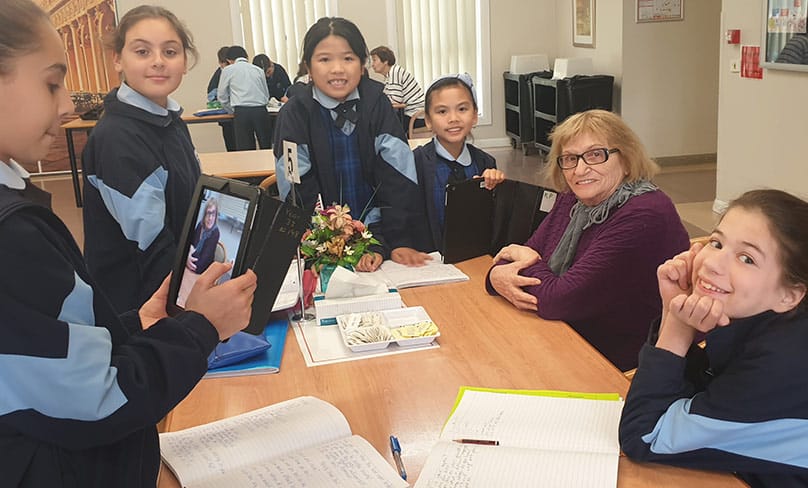 “The students were fascinated by the stories of war, recounts of families being separated and the difficulties some of the residents faced at a very young age. They told sad stories and fond memories of family sticking together in times of hardship.

“They also talked about the time they bought their first car, their first job and the first time they watched a show on television.

“They were also surprised to learn that despite the age gap and the differences in their lives there are many common factors like the importance of family, hard work, love, mutual respect and perseverance.

“When the students handed over the dossiers created for each resident there wasn’t a dry eye in the house.

“We could never have guessed what a powerful learning experience this could be for all of us, it is something we’ll never forget.”

SWIAA Retirement Village Lifestyle manager Noemi Calderone agreed, saying the impact the program had on the residents was “priceless”.

She said the sheer joy the students bought to the village was something the residents will never forget.

“Everybody wants to tell their story but many of our residents don’t have the luxury of having somebody wanting to listen,” she said. 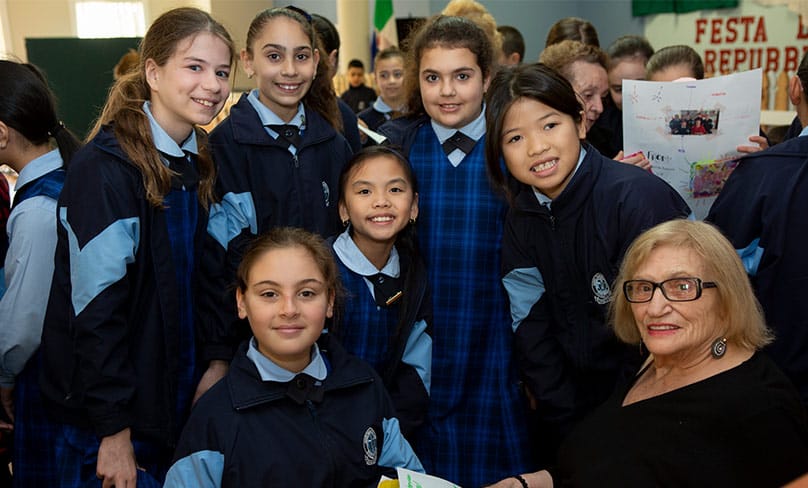 “Having these beautiful students give their time and take an interest in our residents was just beautiful.

“On the days the kids were coming there was a real buzz around the place and you could tell the residents were so much happier and active.

“Some of the residents who’ve been here a long time and just keep to themselves and stay in their room would even come and join in.

“Having their lives documented like this was such an incredible experience and one we will ever forget.”

Due to the success of the program, the school is looking at a number of initiatives to encourage its relationship with the village including sharing a liturgy to celebrate the gifts of grandparents, a Friday Rosary and later in the year, an art show for both students and residents.