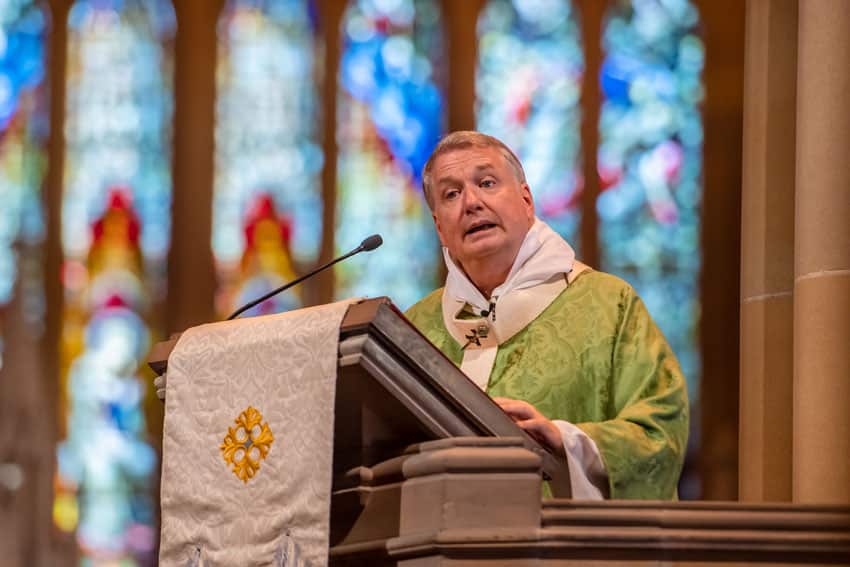 Christian leaders today wrote to the NSW Premier in a bid to halt a controversial private member’s abortion bill from being rushed through Parliament.

In a united effort, Archbishop of Sydney Anthony Fisher OP, Anglican Archbishop of Sydney Dr Glenn Davies, the Primate of the Greek Orthodox Archdiocese of Australia Archbishop Makarios and the co-ordinatory of Australia’s Eastern Catholic Bishops, Bishop Antoine-Charbel Tarabay made the urgent intervention after concerns were raised at the speed at which some people were seeking to decriminalise abortion in the state.

“This bill has yet to be released to the public and as such there has been no public inquiry into the subject, no opportunity for residents of NSW to make their views known to their MPs and not even discussion in the state Cabinet,” Archbishop Fisher said.

“It seems that Premier Gladys Berejiklian, Health Minister Brad Hazzard and the architects of this bill are determined for it to pass within days with as little community discussion as possible, let alone providing those being asked to vote on it with enough information to do so in an informed manner.

“This bill is a bad one. It will allow abortion right up to birth if two doctors agree.

“It will require Catholic (and other) doctors and hospitals to collaborate by either taking part in the abortion or referring patients to someone who will.

“It is yet another attack upon the rights of people of faith.

“Worst of all, it does absolutely nothing to provide alternatives for women distressed about being pregnant who often feel they have ‘no other option’.

If passed, the bill announced on 28 July and scheduled to be introduced to parliament on 1 August by Independent MP for Sydney, Alex Greenwich, would be among the world’s most extreme.