In recent years the stakes have risen considerably for the Christian as the social context in which faith is lived changes irrevocably.

A culture of outrage, both within and outside the Church, online and on the streets; the emergence of social trends incompatible with Catholic faith – think recent marriage, abortion and euthanasia legislation; and the overriding loss of credibility and ongoing shame experienced by the Church and Catholics on account of horrendous crimes and scandals renders the path of faith a difficult walk for many to make.

This new atmosphere cannot leave the Christian unmoved or found indifferent. Confidence can be shaken, and hope can seem remote and dim rather than a sure light that urges us on.

As Jesus says in Luke’s Gospel to the encircling crowds vying for his attention, “For which of you, desiring to build a tower, does not estimate the cost, to see whether he has enough to complete it? Otherwise, when he has laid a foundation and is not able to finish, all who see it will begin to ridicule him, saying ‘This fellow began to build and was not able to finish’” (Luke 14:28-29).

“However, we do have to acknowledge that the social supports for living faith within Australia are not what they once were, and even the spiritual architecture within our local communities can be insufficient for our felt needs.”

This cost of discipleship should not be underestimated for those who follow Christ in the midst of the Church.

Of course, our challenges in the West pale in comparison to those known by Christians in other parts of the world, who live their faith not only under diminished freedom but under the constant threat of violent persecution, e.g. Nigeria, and even martyrdom.

However, we do have to acknowledge that the social supports for living faith within Australia are not what they once were, and even the spiritual architecture within our local communities can be insufficient for our felt needs. With a sense of community and confidence thin and worship uneven at times, it is not surprising that Catholics can feel isolated in the experience of Christian living.

A curious corollary of the social change we are experiencing – seen most strikingly in recent weeks, in the euthanasia legislation passed in our State with only the slightest regard for compromise or indeed tolerance for conscientious objection – has been the end of any illusion that Caesar will seriously entertain the truth of Christ, even if it stares him in the face. 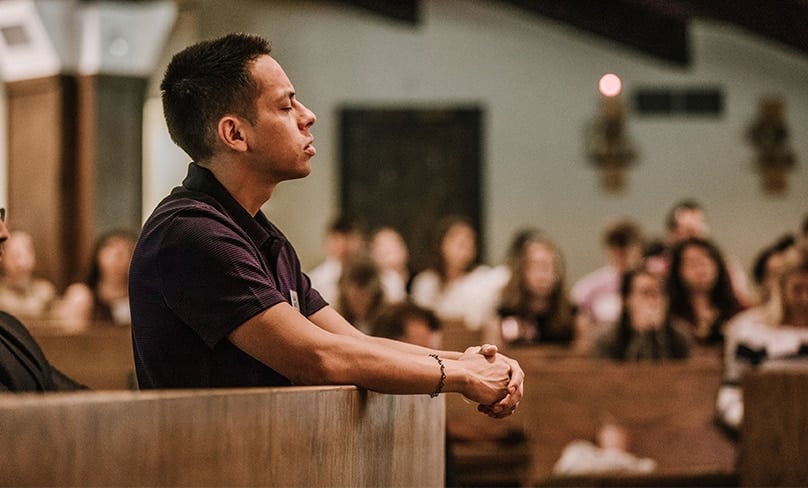 It is a stark reminder that in a post-Christian culture, nonchalant in its deconstruction of the gifts and traditions of Christian faith and yet haunted by its origins, that the Christian really must take a prophetic stance to this new world, choosing Christ not by flight but by choosing the world as it really is in Him, and accepting the costs that this conviction entails.

Perhaps now that some forays in the “culture wars” have been lost, the Catholic in Australia can recalibrate or return not to a nostalgic “golden age” which never existed, but to the essentially prophetic stance of one who believes and lives come what may.

This is not a proposal of resignation but rather of conviction, of an intentional surrender of faith which depends wholly on what has been given and received in the Gospel, to us and for us, rather than what we might construct ourselves, negotiate or compromise to make our situation as Christians a little more comfortable or socially acceptable.

While accommodation to the “times” might tempt us with greater social respectability in the present Australian milieu, it was French theologian Henri de Lubac who noted that even a social paradise can be a spiritual hell.

“Taking the route of utter separation, rather than a more nuanced distinction, from the world also renders superfluous any sense of mission or call to evangelisation.”

Its opposite, an attempt to leave the stage of the world with an unequivocal scepticism of all that does not originate with the Church, can lead to a mistaken separation or elitism.

This mindset, rather than preserving the faith, can legitimise the “secular” realm as sufficient and complete in itself and present faith as extrinsic and decorative rather than necessary to the flourishing of our society.

Taking the route of utter separation, rather than a more nuanced distinction, from the world also renders superfluous any sense of mission or call to evangelisation. So, we can neither pursue social progress or participation as Catholics without a clear conviction of divine presence nor can we withdraw from the world which God “so loved” that he willed to enter into it, a world for which he offered up his very life.

Suffice to say this stance of a mature and world-engaging conviction of faith that this new era demands, costly as it may be, is not likely to be pre-figured or realised first of all in our ecclesial institutions and agencies, compromised as they can be by their dependency on Caesar’s recognition or his coin. It is above all the faith of the Christian in his or her vocation, in family life, parish and school who will be the embodiment and living witness to God’s grace at work even in a groaning world.