Archbishop Anthony Fisher OP has called on Catholics to support a special appeal for Afghan refugees.

Archbishop Fisher has also personally contacted Australia’s Minister for Immigration, Alex Hawke, asking that the government be generous in its intake of Afghan refugees.

Thousands have fled Kabul and Afghanistan in the last two weeks following the Taliban takeover of Kabul, completing its control of the country.

Numerous governments and aid agencies around the world have expressed deep concern at the consequences for the thousands of Afghans who worked alongside and for US-led allied forces throughout over the last two decades.

Twenty years ago, Australia was one of the first nations to join the US-led intervention in Afghanistan to remove the Taliban. Over the last two decades Australia made promises to protect and promote democratic freedoms, human rights, the rule of law, the rights of women, and minority groups. Australia’s commitment contributed to an education for millions of Afghan girls, women being able to work, a vibrant and free press, and improved protection for minority groups.

As the Taliban tightens its grip on the nation, these achievements are being laid to waste in plain view of the watching world.

“We are grateful the Morrison government has described its initial commitment to take 3000 friends and allies from Taliban-controlled Afghanistan as a floor and not a ceiling,” Archbishop Fisher said. “We pray that all those who need to flee to safety do make it out of the country before all avenues are closed and do find a safe haven.

“Those lucky enough to make it to Australia seeking protection will need all the support that we can give. So today I am launching the Archbishop’s Afghan Asylum Appeal and committing Archdiocesan agencies and partners to providing pastoral, educational, health and welfare assistance to our Afghan friends when they get to Australia.”

Fr Peter Smith, Promoter of Peace and Justice for the Sydney Archdiocese, said the world had watched the sotuation in Kabul and Afghanistan collapse into chaos in recent weeks. “And all of us have had the same thought, ‘what can I do to help?’ This appeal will not only raise needed funds but also will also give those who need it access to healthcare, education and welfare support as they make their home among us.

“I have been inundated by requests from people across our community to do something to help. This is that something right now. The Justice and Peace Office will work to ensure the money gets to those who need as quickly and directly as possible,” concluded Fr Peter Smith.

The UN and aid agencies are preparing for a Syria-scale refugee crisis. The appeal means that those who find their way to Australia will have support and resources waiting for them. These dark times remind all of us that we really are our brother and our sisters’ keeper.

Australia’s Catholic bishops criticised the federal government’s announcement that it would limit any intake of Afghan refugees to 3000 places as inadequate to the situation. ACBC President Mark Coleridge called on the government to increase that figure to 20,000.

The bishops’ call was supported by agencies such as the Jesuit Refugee Service and Caritas as well as community networks such as the Afghan Australian Advocacy Network.

Donations can be made online here: 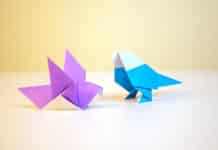 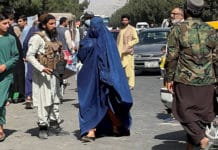