A Christian gesture above gender

Recently it was reported that some Catholic Schools in Brisbane were gender neutering the names of the Persons of the Blessed Trinity in school prayers.

This is systematic linguistic engineering. The simplest and most fundamental form of the Christian faith is the little Credo, the Sign of the Cross, by which we are precisely, along with the pouring of water – baptised: “In the Name of the Father, and of the Son and of the Holy Spirit.”

Not only do these fundamental words accompany our sacramental entry into the Catholic Faith, they are part of a primal Christian gesture, which we make over our bodies as a reminder throughout our lives of our faith – yes – even if we are non-practising soccer players trying for a precious goal.

It’s important to ask “what’s in a name?” (or a noun, adjective or verb). Sometimes it depends on the language that is used, sometimes names are incidental and easily changed.

But in the case of these names for God we are looking not at arbitrary or social use, but basic aspects of Catholic Christian faith.

God is above any human terms of “gender” – but to make God something like “Parent One” is radically to depersonalise our belief in the source and end of our shared gift of filial personhood.

The biting conclusion to Hilaire Belloc’s The Example comes to mind:

The moral is … (it is indeed!)
You mustn’t monkey with the Creed.

What are the reasons for this policy? One may be expedient, the other two are possibly pastoral in motivation.

First, schools may be complying with the influential “gender fluidity” ideology and hoping to avoid political trouble.

The second reason may be borne out of an admirable, but ultimately mistaken pastoral concern for students who have experienced domestic violence and trauma from a toxic masculinity and who may baulk at a “father” God.

Even more shattering is the betrayal of the title “Father” that clerical sexual abuse has wrought in innocent lives.

The third reason is, again an understandable concern, that growing women will not feel “excluded” from the Church, if “Son” and “Father” are used to refer to God. Monica Doumit tackled something of this issue in the 5 June edition of The Catholic Weekly.

The significance of the names of God touches upon the magnitude of the events which augur in the creation and salvation of the world, and who we profess the Trinitarian God to be. They have challenged the earliest Christians and can baffle contemporary theologians as well.

In Biblical revelation (that is in Judaism, Islam as well as Christianity) the title of God as “Father” indicates God is revealed not as an impersonal “origin”, nor as a nameless and abstract architect of all that is.

God is both divinely transcendent yet just and intimately concerned with the work of creation and the lives of human beings.

As the ancient sources of Biblical revelation unfold, the people of Israel learn that God is beyond the grasping of the human mind and the consumerisation of idolatry.
God does not permit being turned into a tin-pot idol to be carried around to suit either personal or political interests.

As he lies dying outside the Promised Land, Moses is depicted testifying to the Covenant, and rebukes his wayward people for their “stiff-necked” forgetfulness and foolishness: “Is not he your father who gave you being, who made you, by whom you subsist?”(Deuteronomy 32:6)

God’s Fatherhood is here shown to transcend the scope of any human fatherhood.
It is also true that in the Hebrew Scriptures, God’s “parental” love has a certain complementary quality; revelation uses metaphors for a just and loving father as well as the poetic images of the warm and intimate bodily mother love.

Here are the memorable prophetic lines which are also used in the Divine Office of the Church:

“You will be suckled and carried on her hip
And fondled on her lap;
As a mother comforts her child,
So I will comfort you…” (Isaiah 66:13)

The Catechism of the Catholic Church reminds us that human experiences of fathers and mothers are not the source or the end of our understanding of who God is or how God loves.

Rather it is God’s loving care that provides the true compass for all our continually failing and limited human relationships.

As the Catechism points out: “… human parents are fallible and can disfigure the face of fatherhood and motherhood” (#239)

It also reminds us that the Second Person of the Blessed Trinity, the “Word of God” came into human history out of eternity, being “born of woman” and “becoming” in a particular time and place not simply man but “a man”: a male embryo, a baby boy as well as an adult man.

That is, in God’s mysterious plan, Jesus did not have a gender neutral pronoun nor biography.

Once again the Catechism states: “Jesus revealed that God is Father in an unheard-of sense” (CCC #240).

Jesus shows a deep empathetic understanding of womanly experiences (think of Mary, Martha, the woman at the well) and was not above likening his own love in the poetic terms of a “mother hen”.

But in naming God, he did not refer to the deistic “the ground of all Being” nor did he use grand concepts of classical philosophy, as thought-provoking as these can be.

He instructs his disciples (us) to pray to “our Father” and he uses the intimate term “Abba” for God over 100 times in the Gospels. Jesus did not simply rubber stamp the language and the domineering habits of human patriarchal systems he broke in order to redeem.

This prompts Saints Paul and, later, Athanasius to declare that God is primordially “Father” – that is Father before Creator or Redeemer, or rather drawn to create and redeem because the Trinity is the source of truly and infinitely paternal love.

Here Paternity is not a metaphor for God’s love but the healing, redeeming and uplifting power and Proper Name by (and through) which all our compassion hunger, father-crises, confusions and deep disappointments are healed.

More women have their say

Dr Renee Kohler-Ryan: Pretending we can make the sign of the cross, insert different names for the Persons of the Trinity, and remain Catholic is mistaken.

Equally problematic is the notion that somehow women are less loved, less able to become images of God, because two Persons are named Father and Son.

Speaking to us through Scripture and Tradition, God perpetually grants the opportunity to think about what it means to name him Father, and for our Saviour to be the Son.

With gratitude to Christ, we can call God “Abba”. When we make the sign of the Cross we witness to a mystery that transcends all the gender stereotypes that – somewhat ironically – gender ideology imposes on us.

Catholics can bring fresh energy into conversations about the Father-child relationship, steering away from the presumption that masculinity is toxic and male nouns and pronouns always exclude women.

Why not rise to the occasion? After all, this would not be the first time Catholics have challenged the status quo. 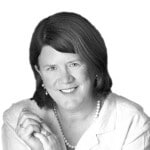 Professor Tracey Rowland: The idea of re-writing prayers to accord with gender fluidity theory evinces a sad lack of understanding of revelation and scripture.

In theology we distinguish between upper case ‘T’ Tradition which relates to what we have been taught through revelation, and lower case ‘t’ traditions which are merely cultural practices that can change. Calling God “Father” is not a mere cultural practice.

As Romano Guardini noted, the passage in the Gospel of St John where Christ says “He who sees Me, sees the Father”, logically has as its reverse the further sentence, “Who will not see the Father, does not see Me anymore”. 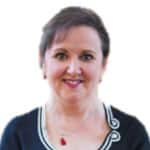 Dr Debra Snoddy: As an educator, I can appreciate what Brisbane Schools are trying to do. But they have missed a valuable educational opportunity.

Yes, father-son language is difficult for many, given the often fraught and sometimes abusive relationships children may endure at the hands of their father or father figure in their lives, and there is a great need for a more empathetic response.

Yes, the ACBC has advised the “use of gender-neutral language where possible and appropriate”, and some attempts at inclusiveness will be better than others. But to confine God to a title like “Creator” is missing the point completely and damages our understanding of God.

This demonstrates that our Catholic tradition continues to be plagued by a lack of basic biblical literacy. In Ex 3:14 God reveals to Moses God’s true name as “I am who I am”, a living, dynamic being who acts in human history.

“I am” implies more than God doing (i.e. creating) but God being, a being in relationship with us, as a basic survey of the biblical texts will show.

What we need to encourage our young people to do, is to read the texts of Scripture using some basic literary tools, tools they are already using for English!

Part of being in relationship with God, is being able to think for oneself and to be oneself with our God of being.

ABOUT US
The Catholic Weekly is proudly Catholic, proudly counter-cultural, proudly in favour of life. We strive to share our vision of the Church, the Lord and the life-changing possibilities of the Christian path with our readers, providing a degree of Catholic clarity for complex times.
Contact us: [email protected].com.au
FOLLOW US
© The Catholic Weekly 2018
MORE STORIES