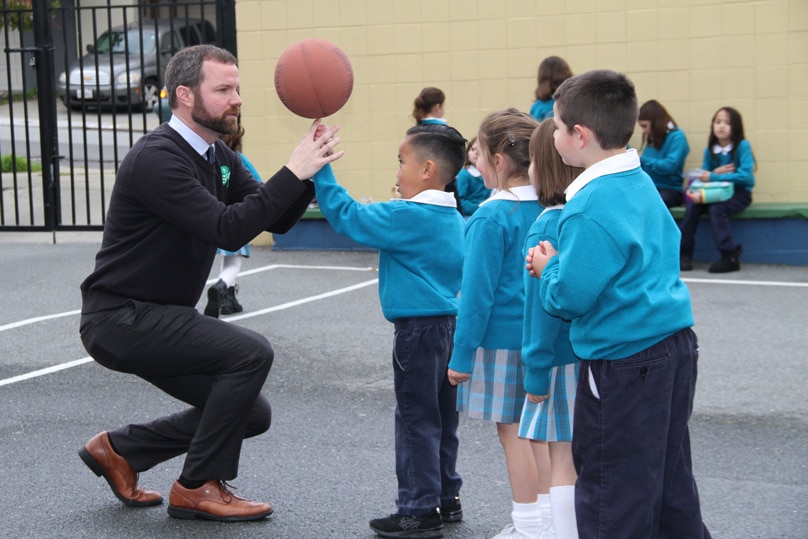 School choice initiatives are no longer at the back of the class raising their hand and never getting called on. Today, they are taking a front seat in education circles, state assemblies and even Washington politics.

Vouchers, tax credits and education savings accounts — earning more state approval in recent years and optimistically looking for more gains this year — also have some extra wind in their sails with President Donald Trump’s campaign pledge to provide a $20 billion voucher program and his pick of a school voucher advocate as his nominee for education secretary.

Currently, 27 states and the District of Columbia have some type of school choice measure in place and a number of states have legislation on the table for this year.

The only federally funded voucher program is the DC Opportunity Scholarship Program, which provides scholarships to low-income children in Washington for tuition at participating private schools. This program is awaiting reauthorisation from Congress this year.

Michael Scott, the director of the DC Catholic Conference, said the District of Columbia scholarship program may have a more secure future under the Trump administration and also could “trail-blaze the way for other federally funded school choice programs in the nation.”

He said the program has faced “numerous political challenges” threatening to undermine it during the past 13 years. In December, Congress approved stop-gap legislation to fund the federal government through April.

This spring, the new Congress will have to approve another spending bill to keep federal agencies running through the end of the 2017 fiscal year (1 October 2016 – 30 September 2017).

Across the country at the state level, Catholic conferences are involved in lobbying efforts to promote school choice as a way to provide more families access to Catholic schools.

Sister Dale McDonald, a Sister of the Presentation of the Blessed Virgin Mary, who is the public policy and research director for the National Catholic Educational Association, said the NCEA sees school choice as a justice issue.

“We aren’t meant to serve only the rich. As a Church, we’re committed to serving all God’s people,” she told Catholic News Service on 26 January.

She said school choice initiatives primarily make Catholic schools accessible to low-income families, but there has been a concerted effort in recent years to find ways to help middle-class families similarly be able to afford a Catholic school education for their children.

The state’s lawmakers will consider education savings accounts that would allow parents who choose not to enrol their children in a public school to receive a deposit of public funds of about $5,500 to $6,000 in a savings account set up by the state that can be used for Catholic school tuition and fees.

Chapman said the state already has had a tax credit scholarship plan in place for about 10 years that lets individuals and corporations allocate a portion of their state taxes to private non-profit scholarship organisations that give public and private school scholarships.

He thinks the parental school choice momentum is building in the state mainly from grass-roots efforts and he hopes the lawmakers will not see this solely as a partisan issue.

Andrew Vandiver, associate director of the Kentucky Catholic Conference, said his state is one of the few without any type of school choice legislation, but he is optimistic that a scholarship tax credit program coming before the state’s general assembly in February will pass.

He said interest in the initiative has been growing and a lot of grass-roots’ support is behind it. Enrolment in Catholic schools in the state includes a large number of non-Catholic students, which he said is part of the schools’ mission. “We don’t want this to be a luxury for the wealthy. We want it to be open for all families.”

Members of the US Senate Committee on Health, Education, Labour and Pensions grilled DeVos at her 17 January confirmation hearing for her support of vouchers. She is former chairman of the American Federation for Children, a school choice advocacy group, serving from 2009 to 2016.

She told the senators: “Parents no longer believe that a one-size-fits-all model of learning fits the needs of every child.”

The Senate committee was scheduled to vote on DeVos’ nomination on 31 January.

During Trump’s first week in office there was no discussion, or listing on the White House website, about his education plans.

Sister McDonald said if the president does follow up on his promise for a $20 billion voucher plan, which she said will likely be in the form of state grants, it would be something the NCEA and Catholic conferences would want to look at carefully. If any of the proposals would force schools to violate Catholic teaching, they wouldn’t take the money, she noted.