Whatever happened to the world we used to know? So many changes have occurred and the pressure for more continues through movements like the one concerning the future of marriage.

But it could be argued that some of the greatest assaults on the value and sanctity of traditional human unions are already with us.

“Life is short. Have an affair” is the slogan of a much publicised and recently hacked international online dating service. 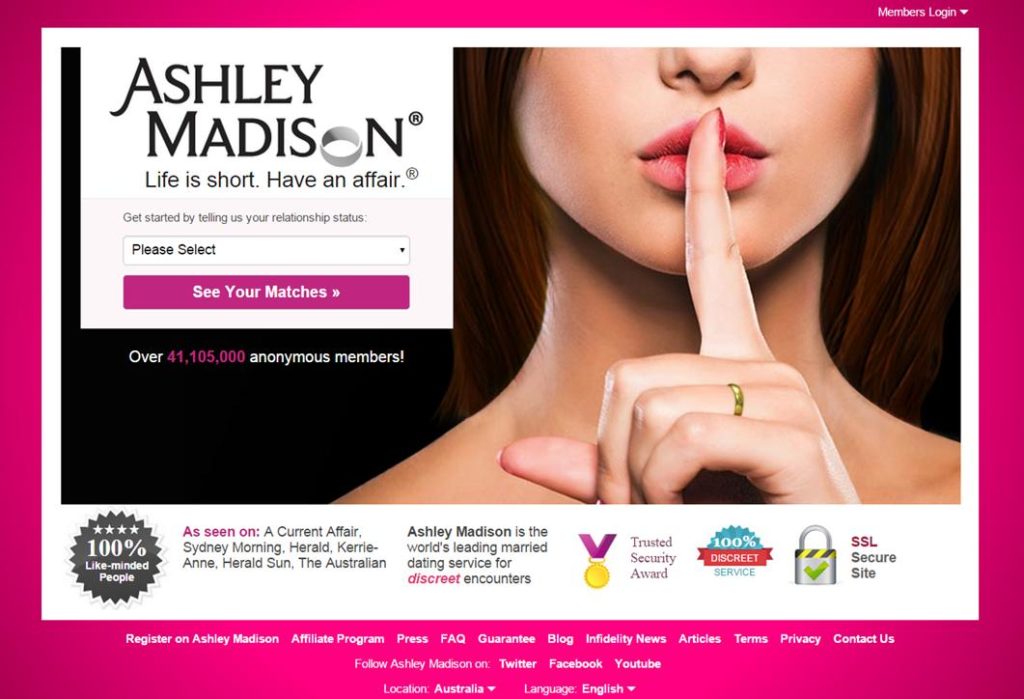 Spend a bit of time on the internet and drop the right words into a search engine and you’ll find there are many quotes relating to life being short – and probably a quite few more that deal with having affairs.

It could be that promotions like the one mentioned here have been used for similar services in the past but if they were, there’s every chance that such advertising would have been buried amid publications that weren’t as easily accessible to the general public as this latest case.

Only six words are involved in this particular promotion but they go straight to the point of prompting a potential attack from within against traditional marriage.

Their presentation so broadly both prior to and especially after the hacking of the website which revealed contact details for many of its users says much about attempts to destroy the joining of man and wife which our faith tells us is sacred and which even the legal Marriage Act has determined should be meant to last.

“Marriage, according to law in Australia, is the union of a man and a woman to the exclusion of all others, voluntarily entered into for life” is what must be said before the marrying couple by a celebrant, regardless of whether or not they profess any religious affiliation.

Having an affair destroys the concept both of the marriage being “to the exclusion of all others” and it being “entered into for life”.

Unfortunately, too many marriages end without meeting the requirements spelt out in the Act but the overwhelming majority of people hearing the words from their priest or other celebrant have the intention of trying to meet those demands, even though their relationship may come to feel the strains of many pressures that can intrude on their happiness.

Advertisements which promote the concept of getting the most out of life by running off with a different partner can place regrettable temptation before people who are facing those difficulties.

On a similar note, the website of a major Sydney newspaper recently headlined a story: “When will we start celebrating divorce?”

The smaller print went on to detail the writer’s feelings about ending her relationship rather than a formal marriage but given that people more often read and remember the bold print at the top rather than the absorbing the full story, it surely carried another message designed to undermine the traditional union of man and wife.

If I may take the liberty of sharing conversations with my wife, we frequently wonder how our late parents who have been gone for, in one case, as long as 35 years would cope were they to reappear in this 21st century.

My father who was a very heavy smoker would never understand the way cigarettes are discouraged – even in our jails – and how household lounge rooms now rarely feature ashtrays that used to be within easy reach of every seat.

They would probably all be surprised by the foul language used regularly in general conversation and on entertainment programs, where it was once only rarely heard.

Wonder would continue as they observed people in cars or walking on footpaths seemingly talking to themselves but using mobile telephones that were formerly the fodder of comic strips or dreams. And what about posing before those same devices held on what we call a selfie stick?

Going shopping and trying to arrange lay-bys would be difficult, and they’d be surprised at how many items fellow shoppers could take home simply by using a piece of plastic.

But most of all they would find it difficult to accept promotions like that for the Ashley Madison operation, and where the marriage debate seems to be leading us.