Seventy-five years ago, on Sunday, 15 September, 1940, Winston Churchill and his wife Clementine were driven from the prime minister’s country house, Chequers, to the nearby village of Uxbridge: a Royal Air Force station and the headquarters from which Air Vice-Marshal Keith Park was directing the RAF’s No. 11 Group against the onslaught of the German Luftwaffe in southern England.

When the prime minister and his wife walked into No. 11 Group’s Operations Room, Park, a doughty New Zealander who flew his own personal Hurricane fighter, said:“I don’t know whether anything will happen today. At present, all is quiet.”

That soon changed. As Churchill looked down from the balcony, young women began moving markers on a large map table, like croupiers at a casino. The markers indicated Luftwaffe bombers and fighters queuing up over France, then heading to England on what many regard as the decisive day in the Battle of Britain – the outcome of which determined the course of World War II in Europe.

As the numbers of approaching German planes grew to 250, Park scrambled 16 RAF fighter squadrons and called in another five from No. 12 Group, based in the English Midlands.

By noon, No. 11 Group was fully engaged in an aerial brawl over the entire south of England, and some of Park’s Spitfires and Hurricanes began returning to their bases to refuel and re-arm.

As the German attack continued and Park called in another three squadrons from No. 12 Group, Churchill, who had been uncharacteristically quiet, turned to the Air Vice-Marshal and asked: “What other reserves have we?” The answer was grim: “There are none.” As Churchill later wrote in The Second World War: “The odds were great; our margins, small; the stakes, infinite.”

The odds, the margins, and the stakes had been all of that since Hermann Goering had decided to end Britain’s bulldog recalcitrance and bomb the United Kingdom into a negotiated peace. He failed, in part, because of the inferiority of some of his aircraft and the technological breakthrough made by Britain’s “boffins”, the scientists who invented radar in the 1930s.

But, as always in war, the moral was to the material by a large factor and the RAF was replete with heroes. Sadly, their stories are now largely forgotten.

More often than not, the British pilots who flew those Hurricanes and Spitfires were a year or two removed from secondary school. These youngsters were joined by Polish and Czech volunteers who came to Britain to continue their countries’ struggle against the Third Reich.

The RAF’s young fighter pilots often flew four or five missions a day, in the most physically and mentally taxing circumstances imaginable; fully one-third of them were killed, gravely wounded (often by horrible burns), or captured during the Battle of Britain. Well might Churchill have said, after the Luftwaffe tacitly conceded defeat, that never in the field of human conflict had so much been owed by so many to so few.

But those brave pilots would not have stood a chance had they not been led by another forgotten figure, Air Chief Marshal Sir Hugh Dowding, who conceived the system of radar stations linked to centralised fighter control that made it possible for group leaders like Keith Park to deploy their limited resources in the most effective way possible.

And it was Dowding who confronted Churchill in June 1940, as the French were collapsing before the Nazi Blitzkrieg, and made the prime minister face the grim arithmetic of the moment: no more British fighter squadrons could be frittered away in a futile effort to save what was unsalvageable on the other side of the English Channel.

Winston Churchill, who had promised the French more RAF planes, was not an easy man to contradict.

But Dowding had the courage to do so. And in saving the RAF’s fighter squadrons from being chewed to pieces in the Battle of France that he knew was lost, Dowding made his young pilots’ victory in the Battle of Britain possible.

May these oft-forgotten heroes, who saved the liberties of the western world, rest in peace. 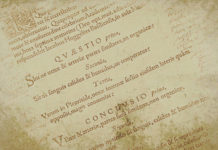