Dr Kevin Donnelly is hopeful that despite the fact Australia’s education system is now dominated by political correctness and left-wing ideology, the pendulum is starting to swing back in the other direction.

“I believe in the essential goodness of people,” Dr Donnelly, a Senior Research Fellow at the Australian Catholic University and Director of the Education Standards Institute, told The Catholic Weekly.

“Human nature is such that people search for a deeper sense of emotional and spiritual fulfilment. Given there’s that human need to find that sense of the transcendent, I’m optimistic.

“People in general are beginning to understand the political correctness has gone too far.”
Dr Donnelly, who taught English and Humanities for 18 years in Victorian government and non-government schools, hopes his latest book — How Political Correctness is Destroying Education — will alert people to the current dire situation of education in Australia and equip them with the knowledge necessary to change the status quo.

“Forewarned is fore-armed,” he said. 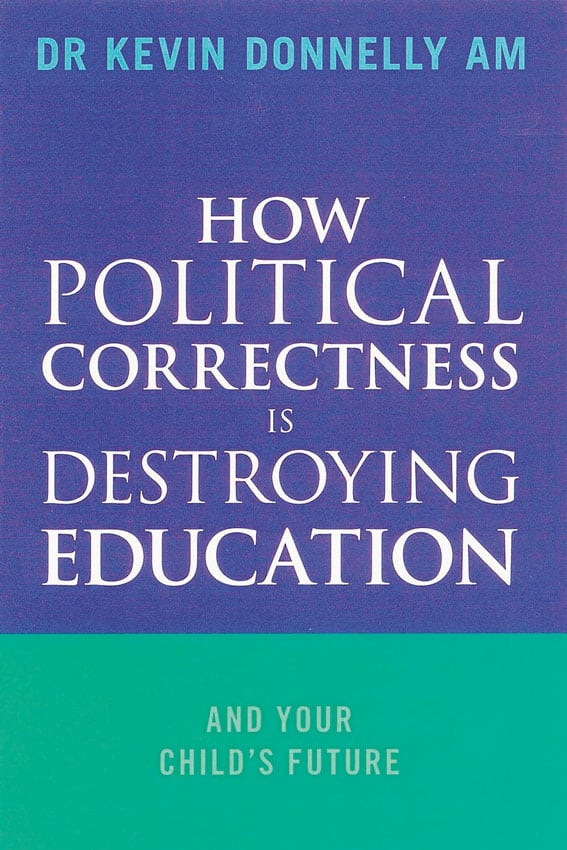 “I hope it gives a better sense of what needs to be done to correct things and hopefully counter quite a dangerous movement undermining our liberty and also a sense of what it is about Western societies like Australia that is so worth preserving.”

Dr Donnelly said Australia’s standard of education has been falling for sometime according to international indicators, a situation largely caused by adherence to an “overcrowded and politically correct” curriculum.

“Over the last 15 or 20 years Australian students have either gone backwards or flat-lined in terms of results.

“If you look at literacy, numeracy and reading, we’re doing very poorly. In reading, according to PIRLS, we’re ranked 24 out of those OECD countries.

“The curriculum is so overcrowded and so politically correct that students are not given a strong grounding in Australian history, culture and Western civilisation including the Renaissance, the Enlightenment, the Reformation and also Judeo-Christianity.”

Dr Donnelly, who reviewed Australia’s National Curriculum in 2014, described the current curriculum as “superficial and fragmented,” and said it is trying to cover too much ground – mostly politically correct ground.

Rather than focussing on core subjects such as Maths, English, History and Geography, he said the curriculum is centred around “a cultural left perspective” derived from Marxism which has overtaken most Western institutions.

Therefore the focus is primarily on “gender, multiculturalism, feminism and the environment,” Dr Donnelly said.

“Students learn more about Indigenous culture and history and religion than they do about Australian or Western culture. So if you look at the National Curriculum, across all subjects, from Prep to Year 10, there are hundreds of references to Indigenous history and culture, and only three or four references to Christianity.”

He lamented the current state of English which is used by academics as a vehicle for social change.

“Literature is now deconstructed in terms of power and relationships. So it’s all about gender, ethnicity and class… literature is no longer valued for its own sake but it’s a vehicle to deconstruct the power of Western culture.”

However Dr Donnelly said his sense of optimism is increased due to the presence of institutions such as Campion College, ACU, Notre Dame, the Ramsay Centre for Western Civilisation and thinktanks such as the Centre for Independent Studies and the Institute for Public Affairs.

He also urged parents to discuss the current situation with their children so they are aware of the educational landscape they are entering at school and university.

“People have an affinity for what is good and we need to rediscover a richer sense of educating people,” he said.

How Political Correctness is Destroying Education is available at www.wilkinsonpublishing.com.au