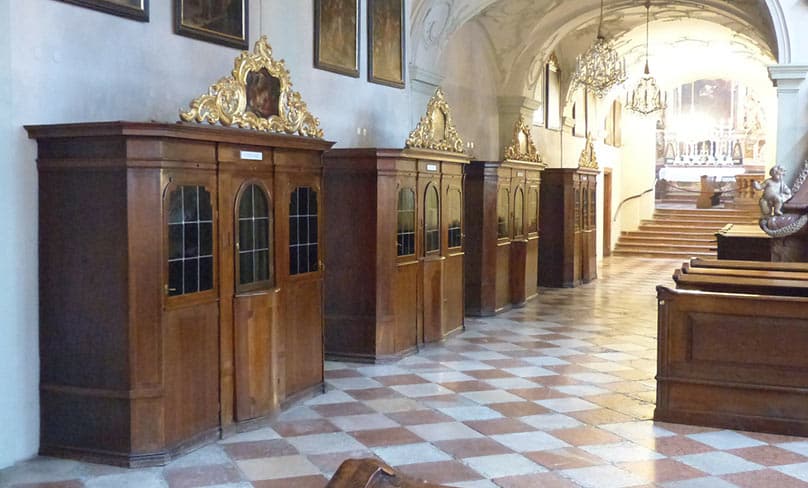 A couple of weeks ago, Natasha Marsh wrote a story highlighting a current review likely to recommend abolishing the Seal of Confession in the states that still protect it.

Since then, I have read comments from people who say that the Royal Commission did not find any evidence of abusers confessing to their crimes in the Sacrament of Reconciliation, while others were sure the Commission had.

As we approach the review, it would be beneficial for us to be clear on exactly what evidence has been put forward about disclosures in the confessional.

Mainly, I think we should be careful about saying “no one has ever confessed to child abuse,” because this is not what the Commission heard.

The Royal Commission’s final report said that it “heard evidence in our public hearings that both victims and perpetrators have made disclosures about child sexual abuse in the context of religious confession.”

The Commission heard that in 2009, following his conviction on numerous child abuse charges, Marist Brother Kostka Chute told insurers and lawyers that he made a full confession to Father Cox, his spiritual director and confessor.

The report said that in Case Study 11 relating to the Christian Brothers, “a survivor gave evidence that as a child he told two priests in confession of the sexual abuse he was subjected to by a religious brother.”

In Case Study 26 relating to St Joseph’s Orphanage, Neerkol, “a survivor gave evidence that as a child she told a priest, who had been regularly sexually abusing her, in confession of the sexual abuse she was subjected to by another priest.”

In Case Study 28 relating to the Diocese of Ballarat “a survivor gave evidence that as a child he told a priest during confession of the abuse he was subjected to by a religious brother, and that the priest responded, ‘That didn’t happen’.”

The Royal Commission also heard evidence from former priest, Phil O’Donnell, who said that a victim came to see him (not in confession) about abuse that he had suffered at the hands of another priest.

The victim then phoned the offending priest and said, “I’ve told Phil O’Donnell about you.”

The offending priest visited O’Donnell in his home the next morning and, as O’Donnell described, “dropped on his knees and went into the confessional mode, and I was a bit shocked, and I gave absolution… he had made sure that I couldn’t speak to anyone.”

The Royal Commission took this as evidence of a priest using the confessional to hide his crimes and, while I am no canon lawyer, I expect that O’Donnell did not need to be bound in this situation.

Firstly, he could have reported the information he had been told by the victim without breaking the seal. Secondly, O’Donnell should have refused to hear the priest’s confession the following day.

In the Catholic “wrap up” hearing, Father Frank Brennan SJ told the Commission that a woman had emailed him, the night before the hearing, to tell him that her father had been a serial abuser and was now in prison for his crimes, “went to confession regularly and went to priests who very readily forgave him.”

How she knew what her father had confessed is unclear, but nevertheless, her story is on the Royal Commission’s record. The Commission also received evidence from psychologists Dr Marie Keenan and Dr Gerardine Robinson, both of whom have worked with clergy perpetrators of child sexual abuse.

Dr Keenan’s evidence was that eight of the nine clergy who took part in her study of clergy offenders in Ireland confessed to the abuse in the Sacrament of Reconciliation.

What the Royal Commission did not address was that in Dr Keenan’s report of her study of the clergy, she had also said not one of the priests ever disclosed the full story of their crimes in confession.

Dr Robinson, an Australian, said that of the 60 to 70 Catholic clergy perpetrators of child sexual abuse she treated, the proportion who had confessed to this “probably would be substantial.”

Similarly, the level of detail provided in these “probable” confessions and, in particular, whether it was clear they were child-related offences, is unclear.

Finally, it is worth making a note about serial abuser, former Queensland priest Michael McArdle, who said in 2004 that he confessed to child abuse 1500 times in face-to-face confessions with 30 different priests over a period of 25 years.

McArdle’s statement is often mentioned by those opposed to the maintenance of the sacramental seal.

I think it is worth keeping an open mind about the veracity of McArdle’s claims.

Firstly, the claim was made in an attempt to seek leniency in sentencing for his own crimes.

Secondly, for the claim to be true, McArdle would have needed to be at confession on average every six days for 25 years, and confessing to abuse each time.

Finally, any priest who had heard McArdle’s confession and who might be in a position to say that he did not confess to abuse would be bound by the seal so they could not challenge him.

As the review proceeds, we will all be talking a bit more about the merits of the State trying to force the breaking of the sacramental seal. For now, I think it’s sufficient for us to be clear about what has, and has not, been uncovered about its use and abuse.