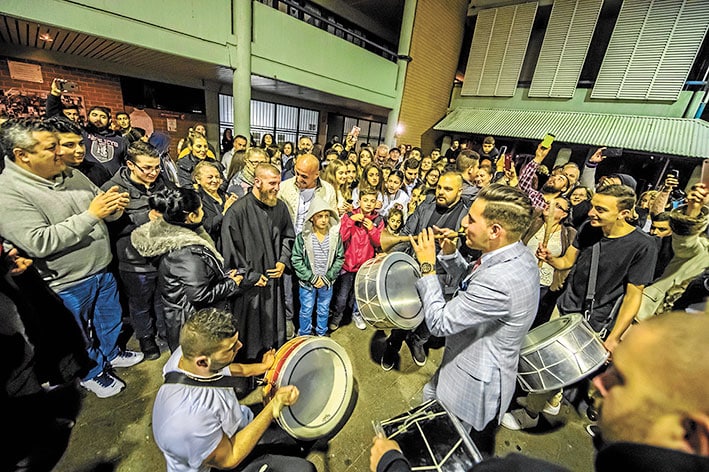 Members of Sydney’s Maronite community gather in their hundreds to farewell Fr Tanois Ghoussain back to Lebanon in May.

While there’s been a dramatic decline in religious practice among Roman Catholics in Western societies, Maronite Catholic communities are thriving, with overflowing churches and many young still practising their faith, following in the footsteps of their parents and grandparents.

According to Maronite Catholic priest, Fr Joseph Azize, this is because the Maronite culture has its roots in the Semitic village culture of the Middle East, which emphasises the primacy of the divine, and respect and faithfulness towards God, Church and family.

In Western culture, Fr Azize says, it is “independence” and “self-interest” that are promoted instead, with a devastating impact on religious practice among Catholics in the Latin Roman Church. While the Maronite liturgy has retained its sense of the sacred, he said, the liturgy of the Latin Church has become increasingly secularised, contributing to the decline in religious practice.

An honorary Associate in Studies in Religion at the University of Sydney and an adjunct Associate Professor in Theology and Ancient History at Notre Dame University, Fr Azize currently serves at Our Lady of Lebanon Co-Cathedral in Harris Park.

Within its pages Fr Azize sets out the main tenants of the Maronite Catholic faith for those who wish to learn more about this rich faith that originated in 7th century Lebanon and shares the same Creed as the Universal Catholic Church.

According to Fr Azize—who is of Lebanese background himself, although born in Australia—his motivation for writing the book was an absence of literature on the topic.

“We have our own unique heritage and that heritage is very valuable. It was necessary to be able to explain it to people coming from an Eastern perspective using Eastern texts.”

“As soon as you start teaching Maronite Catholic faith from the Catechism of the Catholic Church and the documents of Vatican II, you’re immediately adopting the Latin attitude and there are significant theological differences between the emphasis taken in the Maronite Church and that in the Latin Church.”

The Maronite faith first emerged as an organised Church from a group of monks living in 7th century Lebanon, who drew their inspiration from the life of St Maroun, a hermit and miracle-worker who lived in the mountains of Syria two centuries earlier, dying sometime before 425.

The first Maronite Patriarch was St Yuhanna Maroun who had led the Christians in 685 from Syria to the mountains of Lebanon, in order to escape Muslim persecution.

Today it is estimated that there are between four and five million Maronite Catholics around the world, with the largest communities in North America, Brazil, Australia, Europe and South Africa.

“But the Middle East is still the stronghold,” Fr Azize says. 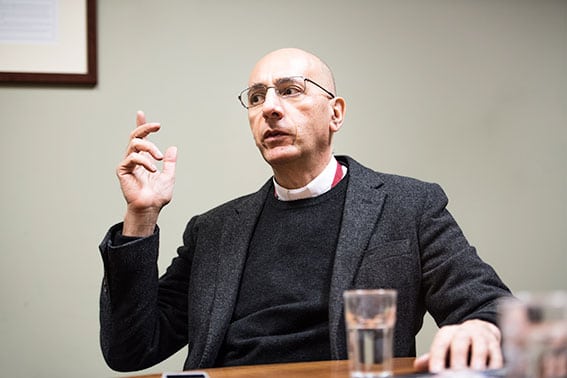 In Maronite culture, he said, the divine is paramount.

That God exists and is always and everywhere present is an assumption that does not require proof. Everything else flows from this.

“In the Eastern view you start from the mental assumption of the reality of God, then, given that, what can you say about your life?” Such assumptions he says, are derived from the Semitic culture in which Jesus Christ lived.

“The Maronite Church is a genuinely Semitic Church. Our Lord and his disciples probably spoke Aramaic and they lived in a world of Semitic languages, unchanged for hundreds of years. There are certain assumptions in that culture that the Maronite tradition shares, while the Latin tradition does not.”

Fr Azize says that because of the primacy of the divine in Maronite culture, it is naturally a culture of respect.

“The Maronite culture could be called a culture of respect. There’s far more respect among Maronite youth than there is among non-Maronite youth. God comes first … and respect for God feeds into respect for parents.”

“In the West it’s more a question of self-interest and independence. So the Maronites still have a different view of things. Fidelity to the village, to the family and the faith are still very big things in Lebanon. It’s an integrated world outlook,” he said.

The sense of the sacred in Maronite Catholic liturgy is also integral, he says, to maintaining a strong faith in people.

“In the traditional Maronite idea of the Mass, you enter the Church for the liturgy of the Word, then you go up to the altar. When you’re at the altar, you’re at the threshold of heaven. It’s an ascent, it’s a going up, a different reality.”

He laments the loss of this sense of the sacred in the liturgy of the Latin Church saying, “Since Vatican II and the Novus Ordo Mass, the whole emphasis in the Latin Church has been the other way, to secularise the Mass. That’s been disastrous for us. We should be going back the other way really.”

In Fr Azize’s new book, a whole chapter is devoted to the Maronite saints, who were simple people—mostly monks and nuns—who achieved holiness through the ordinary, everyday things of life.

“They were not famous for anything except being good monks and nuns,” he said.

“So the message is, that you can find sainthood leading an ordinary life but leading it knowing that God is watching (you).”

Fr Azize hopes his new book will be a valuable resource for those wanting to know more about the Maronite faith.

“If they want to understand what we say about the Lord, about God the Father, the Holy Spirit, Our Lady, the sacraments, they’ll get it down off the shelf and look at it,” he said.

An Introduction to the Maronite Faith by Fr Joseph Azize is available from Connor Court Publishing at www.connorcourt.com