The listening process in the lead up to the Plenary 2020 elicited a large number of requests for ‘faith formation’. The Catholic faithful are thirsting to learn about their Catholic faith, to build upon what they may have discovered during Catholic schooling or elsewhere, and thereby draw closer to Jesus Christ.

The old term for ‘faith formation’ is catechesis. We hear much about religious education in schools, but not much about catechesis in the Church today. It seems that the only time catechesis may be mentioned is in relation to parish sacramental preparation programs for children.

Post Vatican II turbulence and a loss of confidence

This placement of catechesis, or lack thereof, in the Australian context may explain the call from many of the Catholic faithful for ‘faith formation’, and as such, it’s worth taking a renewed look at the recent history of catechesis, and which direction we might take moving forward into the 2020 Plenary.

Catechesis suffered greatly in the turbulence of the Church following the Second Vatican Council. There was a growing confusion as to what exactly the Church taught on some matters, and there developed a loss in confidence in presenting the Catholic faith in its fullness.

A response: the General Directory of Catechesis

Conscious of the confusion, Pope Paul VI proposed that a Synod of Bishops be held in 1977 to address the question of catechesis. It was one of the first tasks of the newly elected Pope John Paul II to draft the document emerging from the synod discussions. From the recommendations of this milestone document, Catechesi Tradendae (Catechesis in Our Time, 1979), came the very important General Directory for Catechesis, published in 1997.

Much of the post-Vatican II doctrinal confusion was finally laid to rest by Pope John Paul II’s promulgation of the Catechism of the Catholic Church in 1992. The publication of this Catechism was another of the 1977 synod’s recommendations.

Dispelling confusion: the Catechism of the Catholic Church

Through his encyclical, Veritatis Splendor (1993), Pope John Paul II made a significant contribution to addressing fundamental issues in the moral teaching of the Church. His later encyclical, Fides et Ratio (1998), addressing the issue of the interaction between faith and reason, further shored up confidence in the capacity of the Church to present its faith in an intelligible manner to the people of our time.

The Church in its reflection on the nature of catechesis understood that it cannot stand independent of the primary mission of the Church to bring people to faith in Jesus Christ. Thus, the teaching of Catechesi Tradendae and the General Directory of Catechesis emphasised that we need to see catechesis as an important “moment” in the whole process of the evangelisation of the person. It is understood that catechesis builds upon, and springs from, the Church’s first pastoral mission, including that of “the initial proclamation of the Gospel or missionary preaching through the kerygma which has as its purpose to arouse faith”.

Catechesis follows the initial conversion of a person to Jesus Christ in response to the proclamation of the Gospel kerygma. Pope John Paul II explains that “catechesis is an education of children, young people, and adults in the faith, which includes especially the teaching of Christian doctrine imparted, generally speaking, in an organic and systematic way, with a view to initiating the hearers into the fullness of Christian life.”

The twofold objective of catechesis is first the “maturing of initial faith”, and secondly, “educating the true disciple of Christ by means of a deeper and more systematic knowledge of the person and message of our Lord Jesus Christ.”

As they learn, the Holy Spirit is at work

In speaking of the catechesis of children in light of the long-time pastoral practice of infant baptism, Catechesi Tradendae explained that baptised children have “the capacity to believe placed within them by Baptism and the presence of the Holy Spirit”, but they are yet to make a personal act of faith in Christ and come to an “explicit personal attachment to Jesus Christ”.

Hence, they need to hear the proclamation of the Gospel and the call to conversion in order that they come to express an initial act of faith. It is on this basis that they will then be able to receive systematic catechesis which aims at nourishing and informing this faith.

Baptised but undermined: how to respond?

Catechesi Tradendae commented on the fact that baptised children who are raised in a family environment lacking a Christian influence can quickly develop an opposition to Christ and his Gospel by “the prejudices of their non-Christian family background or of the positivist spirit of their education”.

The existence of these obstacles and prejudices must be recognised by catechists when such children are introduced to religious education in Catholic schools or parish catechetical programs. Hence it will be necessary for catechesis to have an evangelising component. The catechist will seek every opportunity to proclaim the kerygma and remove obstacles to Christian faith.

Much more could be said about the ongoing need for catechesis or ‘faith formation’ of adults and young people, particularly after they have graduated from Catholic schools.

In the increasingly secular environment in which the Church in Australia now operates, a re-examination of its catechetical mission needs to be addressed. Indeed, the Catholic faithful are calling for it in their desire for authentic ‘faith formation’. The Plenary Council would do well to make this a priority in its deliberations.

Understanding the nature of catechesis as defined authoritatively by the Church could become one of the major sources for the renewal of faith so needed by the Church in Australia.

Dr Christine Wood is the Director of the Office of Evangelisation and Catechesis of the Archdiocese of Hobart. 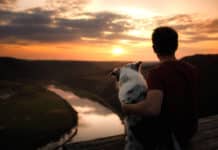 Dr Paul Morrissey: Exploring leading thinkers on the getting of Wisdom

Monica Doumit: Darkest hour is when you keep going