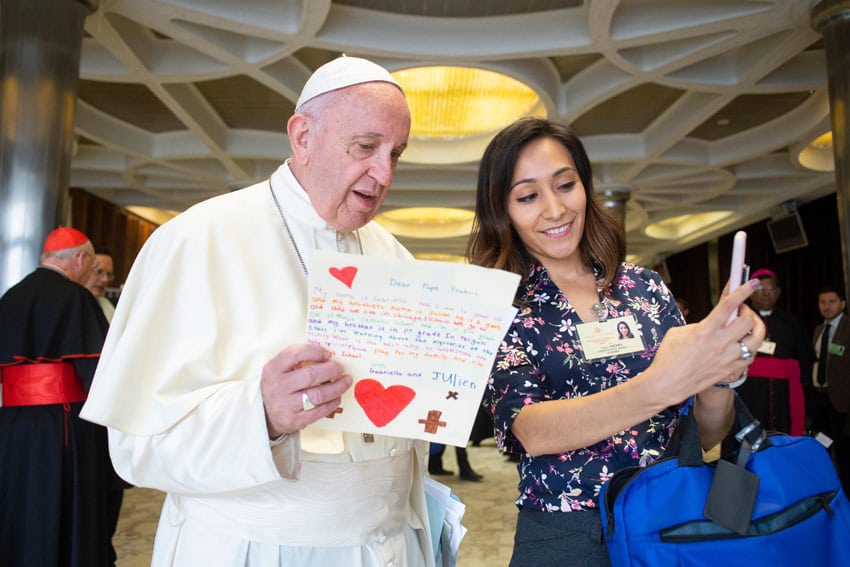 Dean Gooderham Acheson, whom some consider the greatest Secretary of State in American history, may seem an odd choice as a posthumous counselor to Synod-2018. But let’s remember that, in 1952, this son of the Episcopal bishop of Connecticut gave a magnificent address on the meaning of the Bible in American life, when the Revised Standard Version was inaugurated at a great public ceremony in Washington. So perhaps, at a Synod whose working document was a little thin biblically, Acheson may be considered amicus curiae: not as a worldly-wise statesman but as someone with things to say about the moral life and the dignity to which the young aspire.

In a 1957 letter to his former boss, President Harry Truman, Dean Acheson reflected on a lesson he learned from the senior partner who hired him at the prestigious Washington law firm of Covington & Burling. J. Harry Covington had been a long-serving Congressman and a key player in getting Woodrow Wilson the 1912 Democratic presidential nomination before returning to the practice of law. As Covington took Acheson under his wing, the future diplomat and architect of NATO noticed that his mentor and benefactor never said, “I have to do it.” Rather, he said, “I have it to do.” As Acheson put it to Truman, “What a difference! In the first, one is coerced into action; in the other, a free man assumes an obligation, freely contracted.”

And therein lies a lesson for the Synod, and indeed for every Catholic. For, setting  aside the lawyer’s language of contract, J. Harry Covington’s formulation, “I have it to do,” summarizes precisely what Synod-2018 should propose to young adults as they receive Christian formation in the moral life.

How often is the moral teaching of the Church caricatured, and then dismissed, as a matter of “you have to do this”? But if the Beatitudes are the Magna Carta of the moral life and the moral law – both the moral law given in revelation and the moral laws we can know by reason – is the guard rail that allow us to journey to beatitude (and happiness, and human flourishing) without too many fender-benders or lurches into the ditch along the roadside, then a truly, radically converted Christian never says, “I have to do it.” The radical disciple instinctively says, “I have it to do” – because the doing of grows from my  discipleship and is an expression of what friendship with the Lord Jesus Christ has taught me about my dignity, the dignity of others, what we owe each other in solidarity, and our eternal destiny.

The renewal of moral theology was one of the great goals of the pontificate of John Paul II, who was elected Bishop of Rome forty years ago tomorrow. In the 1993 encyclical Veritatis Splendor, John Paul sketched a path beyond the “legalism” of such concern to some in the Church today – a “legalism” that appears on both the Catholic left and the Catholic right. The “legalist” charge is typically laid against the latter, the conservatives or traditionalists. But progressive moral theologians also tend toward the legalistic, the difference being that they want looser rules more laxly interpreted. Protestations to the contrary, an awful lot of what imagines itself progressive Catholic moral theology is still wedded to a rules-centered concept of the moral life.

Veritatis Splendor (whose twenty-fifth anniversary on October 5 went unremarked by the Synod leadership) was an attempt to change all that, as John Paul sought to redirect Catholic moral theology by locating the moral life as a means to beatitude – toward the “eternal life” the rich young man in Matthew 19 is seeking. The rich young man, a kind of first century yuppie, asks what he’s supposed to do. Jesus suggests who he must become (i.e., a disciple who follows the Master unreservedly). What he’s to do (i.e., freely make good choices as a matter of habit, or virtue) follows from that first conversion and smooths the path to the eternal life the rich young man seeks. That Gospel story and the Lord’s linkage of the moral law to conversion, beatitude, and eternal life, set the dramatic context for the balance of John Paul’s encyclical. In drawing out its implications, I hope I may be permitted to quote myself, from the section in Witness to Hope on Veritatis Splendor. For the ironies and problems addressed there are still very much in play in Synod-2018.

Many Catholic moral theologians who had vigorously criticized the pre-conciliar “manuals” for their rigidity and legalism never made a radical break with the cause of that rigidity and legalism – the identification of freedom with willfulness, and the opposition between law and freedom that results from thinking of the moral life as a struggle between God’s will and mine. The basic, wrongheaded question remained in place: “How far can I go?” Some of the new moral theologies, by shifting the center of moral analysis from the moral act to the actor’s intentions and the act’s consequences, lowered the bar of Catholic morality by saying, in effect, “You can go farther.” But that drained the moral life of its inherent drama and rewards, and failed to resolve the intellectual problem of freedom and its relationship to truth and goodness.

A lax version of the old manuals’ legalism could not be considered a major improvement in Catholic thinking about the moral life. Genuine renewal in moral theology will come, the encyclical suggests, from retrieving and developing the idea that freedom, informed by reason, is ordered to the truth and finds its fulfillment in the goodness – the beatitude – of human flourishing, not in winning a few more skirmishes in the battle between God’s allegedly arbitrary will and mine….

Reimagining the moral life as a matter of “I have it to do” was at the center of John Paul II’s message to young people on World Youth Days around the world. He would, of course, first summon the young to conversion, proposing that Christ was the answer to their questions and friendship with him the royal road to the happiness they sought. And then came the challenge, in many variations on a single, great theme: Never, ever settle for less than the spiritual and moral grandeur the grace of God makes possible in your life. You will fail; we all do. But that is no reason to shorten your horizon of expectation. When you fail, get up, dust yourself off, seek forgiveness from the Lord and reconciliation with those you’ve hurt. But never, ever settle for anything less that the greatness that God’s life – grace – makes possible in your own.

Is this an impossible standard, a too heroic goal? I hope not. And I hope the Synod doesn’t foreshorten the horizon of spiritual and moral possibility it proposes to the young adults of the mid-21st century.