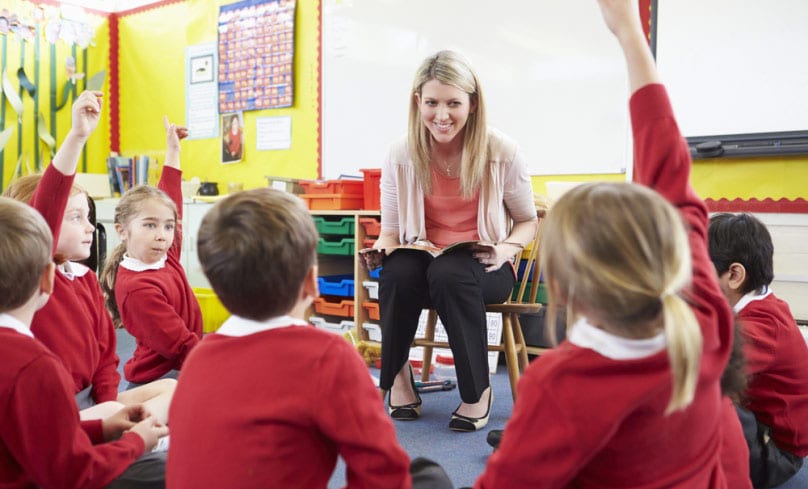 Catholic educators have unanimously rejected the idea of expelling students on the basis of sexuality while confirming the need that faith-based schools have to operate in accordance with their beliefs and values.

Sydney Catholic Schools’ Director of Religious Education and Evangelisation, Anthony Cleary, said that the leaking of recommendations from the religious freedom review has “created a culture of fear” and derailed important discussion about religious freedom in Australia.

“Sensationalist headlines have fuelled impassioned debate and have depicted faith-based institutions as harbouring extreme motivations and purveyors of hate,” he told The Catholic Weekly.

“These headlines are as abhorrent to faith-based institutions as they are to the wider community.

“Sadly however, they have been an effective ‘straw man strategy’ which in some quarters have derailed a rational discussion of religious freedom and have obscured the central issues. A genuine assessment of religious freedom must extend beyond provocative and alarming sound bites and must recognise its value and importance to individuals and communities.”

The issue arose after recommendations from the Ruddock review were leaked to the media recently.

The recommendations, which have not been confirmed, include allowing faith-based schools to discriminate with respect to students and staff on the basis of their sexuality.

SCS acting director Dr Jane Comensoli said that all students are expected to be respectful of Catholic culture, and the sexuality of a student does not prevent them from being enrolled and is not the cause for any form of exclusion. In regards to staff, Dr Comensoli said that “questions about a person’s sexuality are not asked at interview and decisions about employment are not determined by this”.

“Sydney Catholic Schools maintain a right to keep the integrity of our Catholic faith-based schools,” she said.

Staff sign contracts stating they will support the Catholic ethos in their work life while “all members of staff must ensure that they are seen by students in particular, to be in keeping with this ethos”, she said.

“Religious freedom is more about ensuring the right to express and practice the faith within the broader Catholic context and Church.

“It is paramount and must be protected and any attempt to modify or temper this would be a fundamental breach of Religious Freedom.”

Catholic Schools NSW said that while it supports removing the right of religious schools to expel students because of their sexuality “the issues as they relate to staff are more complex and require careful consideration of all legal and employment-related matters”.

“Parents choose Catholic schools for their children because they expect this education will be provided by teachers in a manner consistent with the doctrines, beliefs and practices of the Catholic Church,” said CSNSW chief executive officer Dallas McInerney.

“The freedom of Catholic schools to employ staff who embrace Christianity is essential for providing effective religious education and faith formation to their students.”

The Vice-chancellor of Australian Catholic University, Professor Greg Craven, described as “vile” the suggestion “that faith-based schools are demanding the right to expel gay or transgender students”.

However, he said, writing in The Australian, Australia’s protection of religion is “surprisingly scrappy” and schools “must be free to hire people who will support their mission, not undermine it”.

The president of the Australian Catholic Bishops Conference, Archbishop Mark Coleridge, said all people should be considered equally for employment or enrolment, but that once employed, “people within a Catholic school community are expected to adhere to the school’s mission and values”.

While the Conference made a submission to the review, it did not seek “concessions to discriminate against students or teachers based on their sexuality, gender identity or relationship status,” he said.

The report of the independent review into religious freedom led by former attorney general Philip Ruddock was presented in May to former Prime Minister Malcolm Turnbull, and Prime Minister Scott Morrison has promised to release it before the end of the year.

One of the 20 recommendations is that Commonwealth Sex Discrimination Act 1984 be amended to allow for religious schools to “discriminate in relation to students on the basis of sexual orientation, gender identity or relationship status” provided that the discrimination is founded in the precepts of the religion, the school has a publicly available policy on the matter, and “has regard to the best interests of the child as the primary consideration”.

Another is that the Act be amended to provide that religious schools can discriminate in relation to the employment of staff, and the engagement of contractors, on the basis of sexual orientation, gender identity or relationship status.

Mr McInerney said that Catholic NSW is willing to participate in a discussion on the future of anti-discrimination laws as they relate to employees of faith-based bodies “in the context of a full and proper response to the Ruddock Review”.

“Any changes to the Sex Discrimination Act 1984 affecting religious employers will have consequences for staff conditions as expressed in Codes of Conduct, Enterprise Bargaining Agreements and other employment instruments,” he said.

“This is not something that can be rushed. It requires wide consultation, including with our staff.”