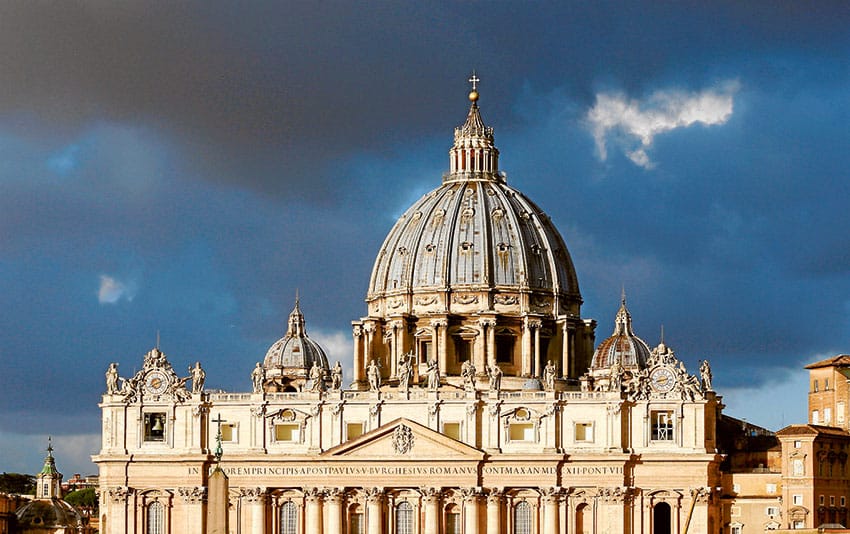 Questions remain over payments made to Australian bank accounts from the Vatican in recent years, despite the country’s financial watchdog correcting a “spectacular” miscalculation of the transferred amounts.

Senator Concetta Fierravanti-Wells, who has been pushing for an investigation into allegations of suspicious transfers from the Vatican to Victoria around the time Cardinal George Pell faced historical abuse charges, told The Catholic Weekly that AUSTRAC’s international reputation has been damaged following the “discrepancy” uncovered in its reporting of Vatican funds.

After a joint review conducted with the Vatican financial intelligence agency, AUSTRAC admitted a “coding error” led to it mistakenly reporting AU$2.3 billion had been transferred from the Vatican to Australia from 2014 to 2020, and said the actual figure transferred during that time was AU$9.5 million.

However, The Australian newspaper this week reported that the Vatican’s prosecutors examining money laundering and fraud allegations at the Holy See have found a gap of more than AU$2 million in legitimate financial transfers to Australia from there in that period.

In a joint examination with the Bank of Italy, the Vatican Bank and AUSTRAC, the investigators can identify legitimate expenses for about $7m of the $9.5m transferred to Australia in the past six years, the report said, while four transfers from the Vatican Secretariat of State totalling more than $2m in 2016 and 2017 were being investigated by Vatican prosecutors.

“The four transfers, and one earlier transfer for $US150,000 in 2015, were to a Melbourne-based hi-tech and domain registry company called Neustar, since been taken over by a global tech company,” the report said.

Senator Fierravanti-Wells told The Catholic Weekly that she has placed further questions on notice to AUSTRAC and is awaiting answers including about where the Vatican funds went and for what purpose.

“There are serious allegations relating to the alleged use of funds in the Pell matter and as I have said from the outset, they will have significant consequences if they are true,” she said.

“Accordingly, all relevant law enforcement authorities need to expedite pursuit of the facts and undertake full and appropriate investigations.”

“all relevant law enforcement authorities need to expedite pursuit of the facts and undertake full and appropriate investigations.” – Senator Fierravanti-Wells

Labor MP Daniel Mulino said that the error calls into question AUSTRAC’s systems and that the Australian Government needed to be able to provide figures the public could be confident in “as quickly as possible”.

AUSTRAC in a statement said that the “statistical data discrepancy has had no impact on the information received and disclosed to AUSTRAC’s Australian and international law enforcement partners, or on AUSTRAC’s financial intelligence and regulatory work”.

The Australian Federal Police (AFP) said it “continues to analyse financial intelligence received from AUSTRAC” in relation to the matter.

“The AFP will continue to work with AUSTRAC to analyse financial intelligence holdings and will remain in contact with Victoria Police and the Victorian Independent Broad-based Anti-corruption Commission in terms of the intelligence review where appropriate,” the AFP statement said.

“There’s no doubt that if implemented appropriately and well, it represents massive, massive progress,” Cardinal Pell said at the 15 January webinar sponsored by the Global Institute of Church Management and the church management program at the Pontifical University of the Holy Cross in Rome.

Calling the mistake made by AUSTRAC “a spectacular error,” Cardinal Pell said Vatican authorities “were quite rightfully resistant and rather displeased by the accusation that AU$2 billion went through in that time” and that the clarification “is good news for the Vatican”.

“It looked as though Australia, and to some extent possibly New Zealand, has been a little bit wobbly and weak in their vigilance over money laundering but that’s for them to ascertain to what extent that is true,” said Cardinal Pell.

“But all is not well there,” he said.