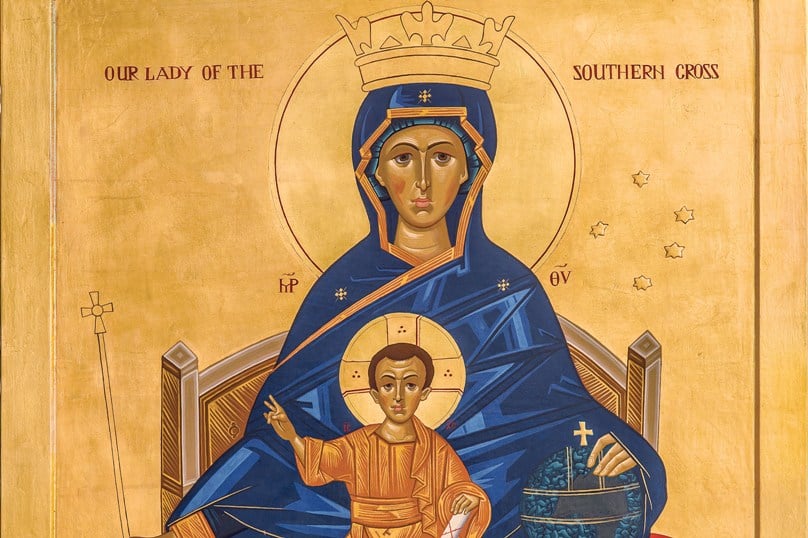 “Dear Father, I am now in my 50s and I love the feast of the Holy Name of Mary, apart from other reasons because my name is Mary. I can’t remember celebrating this feast when I was young. Is it new, and when did it begin?”

You are right in thinking that the feast is new, because it was reinstated in the liturgical calendar as recently as 2002 by St John Paul II. But it goes back many centuries.

The feast began in the year 1513 as a local celebration in Cuenca, Spain, on 15 September.

In 1587 Pope Sixtus V moved the celebration to 17 September and in 1622 Pope Gregory XV extended it to the Archdiocese of Toledo.

In 1666 the Discalced Carmelites received permission to recite the Divine Office of the Holy Name of Mary four times a year. In 1671 the feast was extended to the whole Kingdom of Spain, and from there it spread to the Kingdom of Naples.

Then in 1684 Pope Innocent XI included it in the universal calendar of the Church to commemorate the victory of the Christian armies led by Polish king Jan Sobieski over the Ottoman Turks in the Battle of Vienna in 1683.

It will be recalled that when Vienna was besieged by the Turks, Pope Innocent XI asked the Church to pray the Rosary to Our Lady under the title Help of Christians.

The battle against overwhelming odds began on September 8, when the Church celebrates Our Lady’s birthday, and it ended successfully four days later, on September 12. Thereafter, the military might of the Turks was no longer a threat to Christendom.

The following year Pope Innocent instituted the feast, to be celebrated each year on the Sunday within the octave of the Nativity of Mary.

In the reform of the calendar by Pope St Pius X in 1911, which gave Sundays more prominence in their own right, the feast of the Holy Name of Mary was transferred to 12 September.

Then in the reform of 1969 under Pope St Paul VI, it was considered that the feast was something of a duplication of the feast of the Nativity of Our Lady on 8 September and it was omitted altogether. The feast was restored to the calendar in 2002 by Pope St John Paul II, to be celebrated on September 12.

Pope John Paul also restored the feast of the Holy Name of Jesus, celebrated on 3 January, two days after the feast of the Divine Maternity of Mary, formerly of the Circumcision of Our Lord, when Jesus was given his name.

Significantly, the feast of the Holy Name of Mary comes just four days after the commemoration of her birth, around the time when Saints Joaquim and Anne would have given their daughter the name Mary.

Among the great promoters of devotion to the Holy Name of Mary were St Anthony of Padua, St Bernard of Clairvaux and St Alphonsus Maria Liguori.

A number of religious orders, including the Cistercians, Carthusians, Silvestrine Benedictines and numerous congregations of religious sisters customarily give their monks and nuns the name Mary.

The name Mary is all powerful. In addition to the victory in the Battle of Vienna in 1683, some of the other significant events attributed to the invocation of Our Lady are the victory of the Christian navy over the Turks in the naval Battle of Lepanto in 1571, victories in 1716 over the Ottoman Turks at Peterwardein and Temesvar in Hungary and on the island of Corfu, and the freeing of Pope Pius VII by Napoleon Bonaparte in 1814 (cf J. Flader, Question Time 1, q. 129).

Not for nothing is Our Lady called omnipotentia supplex, “supplicating omnipotence”. As the Mother, Daughter and Spouse of God Mary shares in God’s omnipotence by her power of intercession.

For this reason we can invoke the Holy Name of Mary with great confidence for all our spiritual and temporal needs.

Our Mother, as we have seen, is all powerful and, as Mother of the Church and of all mankind, she loves her children dearly and will not fail to intercede before God for all their intentions.