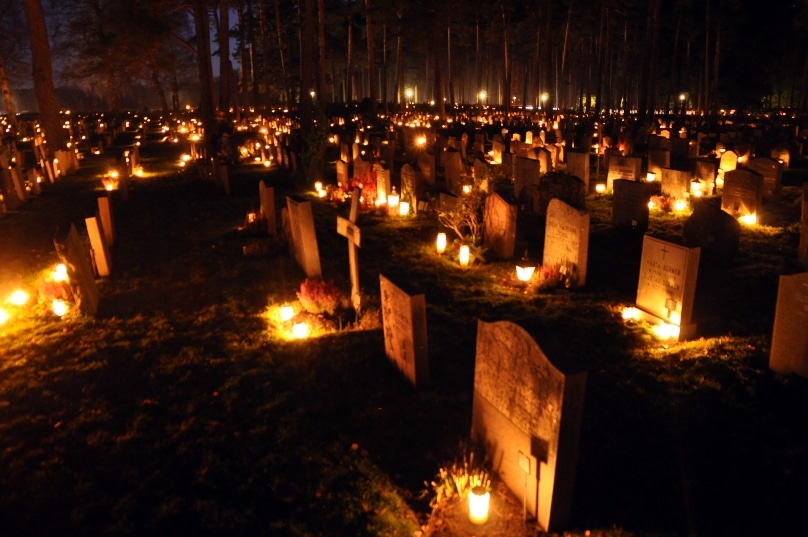 I wound up at Mass in a small town in South Australia on a Saturday evening (since I was scheduled to fly home on Sunday).

The priest was one of those guys who wants to make everybody feel welcome, so before Mass started he asked everybody who was new to the parish to raise their hand.

It was a small country parish and it was obvious to everybody I was a stranger, so I reluctantly raised my hand since there was no escape.

Father called me out and said, “Welcome, mate! Where you from?” I replied, “Seattle, in America”.

All eyes riveted on me as the exotic foreigner and I shrank into my seat, praying for the liturgy to begin.

Throughout his homily, Father kept alluding to “our American friend here”. I just wanted to crawl under a rock.

After Mass was over, a bunch of very nice people came rushing to talk to me and check out my flat Washingtonian accent (an accent so vanilla boring that even other Americans remark on how non-descript it is).

A couple of very enthusiastic women approached me and asked if I was “excited for Tuesday”.

In the US, Tuesday was Election Day and we were going to decide whether Bush or Kerry would be President.

Naturally assuming that the world, of course, revolves around America (doesn’t everything?) I replied, “You mean Election Day?”

They looked at me with incredulity and laughed, “No, mate! The Melbourne Cup!” It was a wonderfully healing moment.

While we Yanks were obsessed with our quadrennial drama of idiocracy, normal healthy Australians were thinking about something much more sane and good: a horse race.

I think of that as we come up on another peculiarly American holiday: Halloween. I’m not even sure if Halloween is a Thing in Australia at all.

But since it’s a Thing in the US and we tend to export our things abroad, I thought it might be worth mentioning if you guys are getting into it.

The reason I do is that there is this whole fake history of Halloween out there.

According to that history, it was originally a pagan feast and then the Christians baptised it.

Depending on who you talk to, this proves that a) Christianity is really just warmed over Druidry (according to neo-pagans) or b) the Catholic Church is an evil pagan cult that drove Real Bible-believing Christians underground with their devil-worshiping ways (according to Protestant Fundamentalists).

Thing is, none of that is real.

Sure the ancient Celts of the British Isles had a little festival on 31 October called Samhain.

And it was about as important as Arbour Day. But the feast of All Saints or “All Hallows” had nothing to do with it.

In fact, All Saints was founded by Roman Christians way down in Italy for a practical logistical purpose: the 7th Century Italian Church was swimming in martyrs and saints and every feast day was a day off from work.

Solution: celebrate them all at once and get Italy back to work. So that’s what the pope did–on May 13.

It wasn’t for another century that All Saints got moved to November 1. And that was because it was the dedication day of All Saints Chapel at St Peter’s in Rome (not Britain).

Indeed, it was not until a century after this that Pope Gregory IV commanded All Saints to be observed everywhere.

And so this emphatically Italian holy day (finally!) spread to Ireland.

But here’s the thing: Ireland had already been thoroughly Christian (due to St Patrick) for three centuries by then.

So where does Day of the Dead vibe come from?

Thereby hangs a tale. You see, about a century and a half later, the jumpingest joint in the Church was the monastery at Cluny (way over in southern France — not Ireland).

And the abbot there added a celebration of All Souls on November 2, which spread like wildfire, resulting in back-to-back feasts for all those in heaven and purgatory.

“Well, hey!” the superstitious Irish fretted, “What are the damned? Chopped liver? What if they get ticked about being stiffed?”

So it became an Irish folk custom to bang pots and pans on All Hallows Eve to mollify them.

The Church was not keen on this, but whaddayagonnadoo?

The Irish (alone) keep this up until the 14th and 15th centuries, when the colossal death toll of the bubonic plague gets most Europeans pretty focused on the afterlife, All Souls Day, and customs like the danse macabre, when the French would dress up in costume representing everybody from the pope and the king down to the fishmonger and have a fun time dancing their way to the grave.

Then came two other events: the Reformation and the discovery of the New World.

The Reformation made Catholics the persecuted enemies of the English and the New World made it possible for those persecuted minorities to mix and mingle among English colonists.

So the French and Irish started hanging out together and marrying each other in 17th-century America. Creepy Irish folk customs about mollifying the damned and creepy French masquerades went together like peanut butter and chocolate.

Protestants brought something to the mix as well: Guy Fawkes Night. Guy Fawkes was the English equivalent of the bogeyman or George Orwell’s Emmanuel Goldstein in 1984.

He was executed in 1605 on the charge of being a Catholic Osama bin Laden and trying to blow up Parliament.

Instead of 15 Minute Hates, the crown settled on the wonderfully unifying device of Guy Fawkes Night on November 5, with all the fun of lighting bonfires, running around on a chilly fall night, and partying.

And for extra special fun, in England and America in the 18th century, Protestants would put on masks and visit local Catholic houses in the dead of night demanding beer and cakes for their celebration — or else.

When they said “trick or treat!” they meant it.

This got amalgamated to the All Saints/All Souls partying of the Irish and French and by the mid-1800s, a largely made-in-the-USA Halloween was a fixture of American culture.

It is, in fact, as ancient, pagan, mystical, and druidic as “Yankee Doodle Dandy.”

And where it is most ancient, it is least pagan — and most deeply Catholic. Indeed, the irony is that Halloween has only recently started to drift across the Atlantic to the supposed land of its birth.

Europeans tend to see it, not as a resurgence of pre-Christian pagan roots, but as something recent and ersatz–like saying the Pirates of the Caribbean ride at Disneyland is an authentic account of 17th century seamanship.

I’m not really sure what you Aussies do about Halloween.

It may be as present to your minds as the Melbourne Cup is to the minds of Americans.

But if it’s starting to become a Thing down there, please be aware of what kind of Thing it is.

Above all, don’t let anybody talk you out of celebrating All Saints and All Souls Days with bogus “history” of their supposed “pagan origins”.

And enjoy the Melbourne Cup!