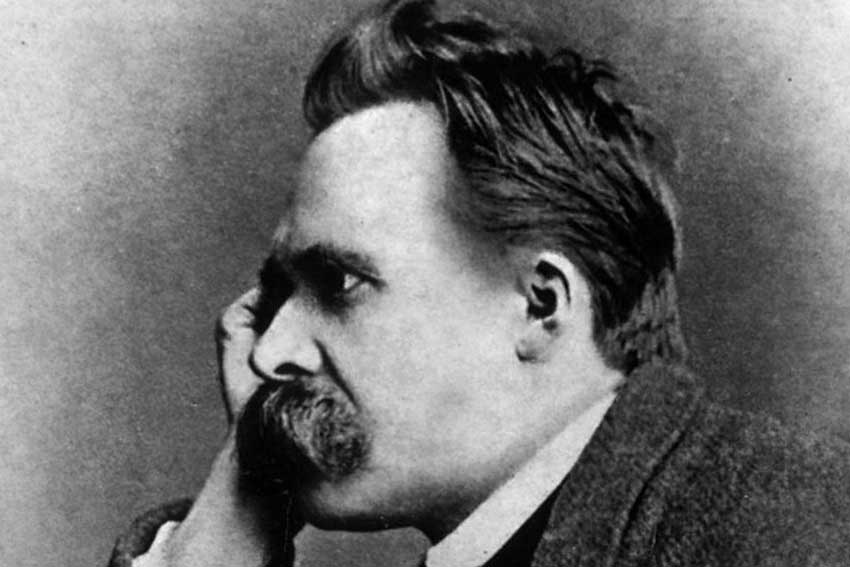 A good portion of what German philosopher Friedrich W. Nietzsche (1844-1900) has to say about Christianity, and he’s got quite a bit to say, isn’t complementary. That much about him is well known.

Anyone with a cursory knowledge of the history of modern and contemporary philosophy will be familiar, for example, with Nietzsche’s pithy statement that “God is dead.” Can you be more direct, more to the point, than that?

And then there’s his acerbic assessment of Christian morality as the embodiment of a kind of ‘slave mentality’ that’s geared towards exacting revenge on life in this world, to make people’s lives miserable, to ‘crucify’ human beings just because they’re human beings.

What might be a little less known, though, is the extent to which Christianity frames the basic contours of Nietzsche’s thought – even when, perhaps especially when, he comes across as exceedingly anti-Christian.

“As far as Christianity is concerned,” Nietzsche writes to a friend in June 1881, “I hope you’ll believe this much: in my heart I’ve never held it in contempt and, ever since my childhood, have often struggled with myself on behalf of its ideals.”

Then comes the important qualification: “In the end, to be sure, the result has been the sheerest impossibility.”

So, on the one hand, it looks like Nietzsche exhibits the highest respect for Christianity, such that in another letter, dated July 1881, he declares it, “the best example of the ideal life I have really come to know” – and yet, on the other hand, Christianity is the sheerest impossibility, later described in the mature works of the late 1880s to be the great blight on humanity.

What’s going on? Which is it? Is Christianity the best example of the ideal life or the great blight?

One way to read Nietzsche, then, is to situate him against the backdrop of nineteenth-century debates in European intellectual life, when the ‘problem of modernity’ became explicit. The bottom line, for Nietzsche, seems to be that Christianity has somehow failed to live up to its ideals. Many of his educated contemporaries agree.

Perhaps that explains why Nietzsche can be so vehement in his condemnations.

Now, it’s true that his condemnations may miss the mark, sometimes very badly, and that his understanding of Christianity is wanting. It’s equally true, however, that Nietzsche’s motives are hyper-sensitively religious.

He doesn’t let go of Christianity, even when he does; he isn’t the irreligious bogeyman of accepted wisdom, even when he pronounces God’s death; he isn’t impressed with the platitudes and shallow triumphalism of modern atheism, even when he’s circumspect about the alternatives.

So it can be difficult to pin Nietzsche down.

But then again, that’s the case with any original thinker, from Plato onwards, who has made the effort to decipher the ins-and-outs of how we think, how we act, how we live.

That Nietzsche is critical of Christianity is beyond question, an understatement. Hence the title of the talk I’ll give at the Catholic Institute of Sydney on 14 November, as part of the Adult Faith Formation and Continuing Education series: Nietzsche’s gripe with Christianity.

But the reason as to why Nietzsche has a gripe against Christianity isn’t so straightforward. At least that’s what I’d suggest. Hence the talk’s subtitle: … or something like that.

The talk will take place in the Catholic Institute of Sydney, 99 Albert Road, Strathfield on Thursday, November 14, 2019 at 7 pm and all are welcome. Light refreshments will follow the talk. There is no charge for entry, though a donation would be welcome.

Dr Damien Buterin is a lecturer of philosophy at the Catholic Institute of Sydney.