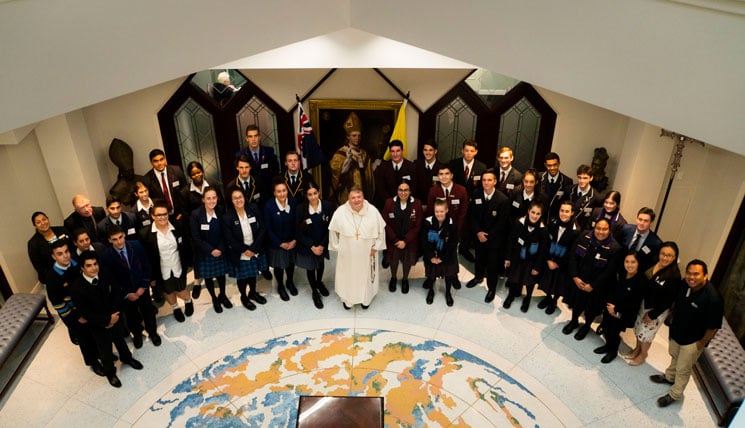 Archbishop Anthony Fisher has opened his house to students from Sydney Catholic Schools today for a second in a series of discussions with him on subjects including vocations and faith education, same sex marriage, abortion, religious freedom and euthanasia.

Even the existence of God was up for debate.

Archbishop Fisher has now welcomed 70 senior students from 34 schools in the archdiocese’s eastern and inner west regions at Cathedral House for informal discussions about their faith over lunch. 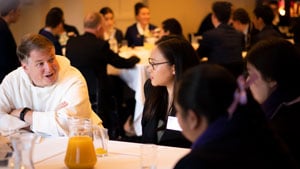 The third will be held in June for students representing Sydney’s southern region.Special guest at the first session was Auxiliary Bishop Richard Umbers, and the second, Auxiliary Bishop Terry Brady.

Teachers were exempt to ensure the students could speak openly about their concerns and questions about issues facing the Church in Australia and worldwide. 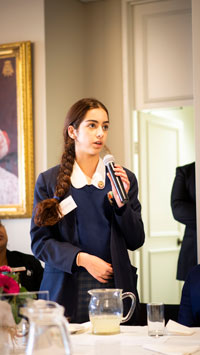 The lunch series is one of the Year of Youth activities, and Archbishop Fisher said he was hoping for “lots of good ideas” to present at the Bishops’ Synod in Rome in October.

He said it was a rare privilege to host the groups of young leaders in his home.

“It’s great to have you in my house and hear your thoughts on how you are feeling,” he said.

When asked what would the Archbishop do if it were proved that God does not exist he said he would have to leave his office.

“Let me very clear on this, I am in this because it is true. I’m not in this for the income, prestige, or the funny hats,” he said.

“I am convinced deep in my heart that it is true. That doesn’t mean I don’t have my doubts and difficulties like everyone else, but I am deeply convinced in the truth, beauty and goodness of the person and message of Jesus Christ.

“If it could absolutely be proven false to me I would have to leave and go and find the truth.”

He told the students that they are not the future of the Church, but its present.

“You need to giving an example to others, reaching out to the poor and disadvantaged, praying and worshipping God right now.

“Also, you are called to be saints, not to be mediocre.

“Embrace your ideals and give yourself to them completely. Don’t let the culture or your own laziness or anything else sell you short.” 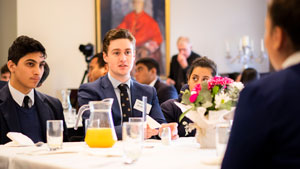 “He also urged the students to appreciate their Catholic education and to let their principals know if they wanted more space to ponder and discuss issues relating to faith at school.

Alexia Isaac, vice captain of Trinity Catholic College Auburn, said she was inspired by the input from the two bishops and vocational and youth leaders.

“The question and answer session got me thinking that what is important is not just what we think about what is lacking in the Church and what can be done better for us at an individual level, but everyone who is travelling with us,” she said.