The Catholic Church has two religious orders of knighthood – the Order of Malta and the Equestrian Order of the Holy Sepulchre of Jerusalem.

The former has a special mission to the sick. The EOHSJ serves the Church in the Holy Land, working to maintain its presence in the land where Jesus was born, lived, died and rose again.

While many people have heard of the Order of Malta, the EOHSJ is less well known, even among Catholics.

To quote the Apostolic Administrator of Jerusalem, Archbishop Pierbattista Pizzaballa OFM, without the support of the EOHSJ, the Latin Church – Catholicism – would cease to exist in the Holy Land.

The existence of an Order of the Holy Sepulchre goes back to the first crusaders in Jerusalem.

There are medieval accounts of noblemen renouncing their titles and making pilgrimage to Jerusalem to be knighted in the Church of the Holy Sepulchre, which incorporates both Calvary and the site of Christ’s tomb.

The story of the modern EOHSJ begins with the restoration of the Latin Patriarchate of Jerusalem by Pius IX in 1847. In 1868 the same pontiff formally restored the Order, first to Catholic men and in 1888 to women.

While the title Grand Master of the Order was originally reserved to the Pope, it was subsequently transferred to a Cardinal.

The current Grand Master is an American, Cardinal Edwin O’Brien. Today there are about 30,000 knights and dames in 40 countries.

They are organised into 60 “lieutenancies,” with an increasing number of women as lieutenants.

Commencing with Western Australia in 1995, there are now lieutenancies in all states except Tasmania, with Victoria and Queensland led by women.

And although there are priest chaplain members, the EOHSJ is essentially a lay organisation.

Its governing board – the Grand Magisterium – while presided over by the Cardinal Grand Master, has only a minority of clerical members.

Membership of the Order is a lifelong commitment open by invitation to Catholic women and men aged 25 years and over.

Those who are interested are encouraged to make themselves known to the NSW Lieutenancy (see box at left).

Normally, about a year is spent in preparation by attending the Order’s events and discerning whether membership of the Order is how an individual wishes to live out their Catholic Christian vocation.

Although they become either a Knight or Dame, members of the Order are drawn from all walks and states of life. They are united by a commitment to the Catholic life and, in particular, to supporting the Church in the Holy Land.

There are three parts to the Order’s mission.

First, and foremost, it is a means for members to grow in their own faith and love for Christ.

While always keeping the church of the Holy Land in their prayers, members are still encouraged to take an active part in the life of their local church.

The Order is also proud that one of its members, Blessed Bartolo Longo KHS (1841-1926), an Italian lawyer, may one day be canonised.

Second, members are encouraged to answer Christ’s call of charity by supporting the church in the Holy Land.

They are asked to make a minimum annual donation to their Lieutenancy, which is then passed on to the Order in Rome for allocation to the Holy Land.

While the Australian lieutenancies are relatively small, some of the American and European lieutenancies have thousands of members and are able to raise millions of dollars.

Third, those who are able are encouraged to make at least one pilgrimage to the Holy Land. In any given year one of the Australian lieutenancies makes a pilgrimage.

Some of the overseas lieutenancies take three or four pilgrimages annually. Everyone I know who has undertaken a pilgrimage – including myself – finds it a life changing experience.

Pilgrimage is also essential to the wellbeing of the Christians of the Holy Land.
As far as possible the Order engages local Christian guides, tour companies and service providers.

But just as important as the economic benefit is the assurance the local Christians receive from pilgrims that they have not been forgotten, that people all over the world care about what is happening to them and are praying for them.

The spirituality of the Order has two emphases. First, because of its special connection to the Church of the Holy Sepulchre, the events of the passion, death and resurrection of Jesus are central to the life of the Order. Its banner is the traditional depiction of the triumphant Christ rising from his tomb.

Second, the Holy Land is known as the “Fifth Gospel”. Members of the Order are encouraged to develop a deep love and knowledge of the Bible, both Old and New Testaments.

Retreats and other occasions for faith development have a strong biblical component which becomes not only an important part of members’ daily faith lives, but also enriches their experience of pilgrimage.

The work of the Order

The latin Patriarchate is, in effect, the Roman Catholic archdiocese of the Holy Land – and should not to be confused with the Franciscan Custody of the Holy Land (which is supported by the Good Friday collection).

For 800 years the Franciscans have been responsible for many of the holy places and churches. However, the maintenance of day to day Catholic life falls to the Latin Patriarchate of Jerusalem.

The Patriarchate is big, covering Israel, Palestine, Jordan and Cyprus, including the Gaza strip.

In those parts of the world Catholics are a tiny minority within a minority. For example, two per cent of Israelis are Christian, with the majority of those being Orthodox.

The Order funds the works of the Latin Patriarchate, especially schools, parishes, medical centres, refuges, old people’s homes and religious institutions such as the seminary. It is also a significant contributor to Bethlehem University, the only Christian university in that part of the world.

The four intense days of this year’s Consulta, a five-yearly planning meeting of the EOHSJ drew together the Order’s lieutenants from around the world.

Notwithstanding differences of language and culture, their deep commitment to the wellbeing of all the people of the Holy Land was clear.

On the last day, participants were presented to Pope Francis. In his remarks His Holiness touched on three matters central to the EOHSJ’s future.

First, the principal aim of the EOHSJ is the spiritual growth of its members.

“You are not a philanthropic entity committed to promoting the material and social improvement of recipients,” the Pope said.

“You are called to place the evangelical love of your neighbour as the final aim of your works, to witness everywhere the goodness and care with which God loves everyone.”

Second, the Order is now more than ever focused on humanitarian work rather than just bricks and mortar.

The refugee crisis brought about by war and religious persecution has deeply affected the Holy Land.

In Jordan, for example, 89 of every 1000 inhabitants is a refugee. More than 600,000 people have fled from Syria to Jordan. While most are Muslims, there are a significant number of Christians.

The Holy Father blessed an icon of Our Lady of Persecuted Christians (see above), who with Mary, Our Lady of Palestine, will become a special element of the Order’s devotion.

Third, the works of the EOHSJ are open to all. The schools and Bethlehem University cater to a majority of Muslim students.

At Bethlehem University, the majority of the Muslim students are women.

So it is, the Holy Father said, that the Order is committed to “the promotion of interreligious dialogue, mutual respect, and understanding” contributing “to the construction of the path that will lead, we all hope, to the achievement of peace throughout the region”. 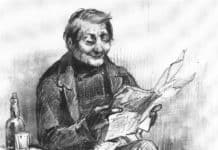